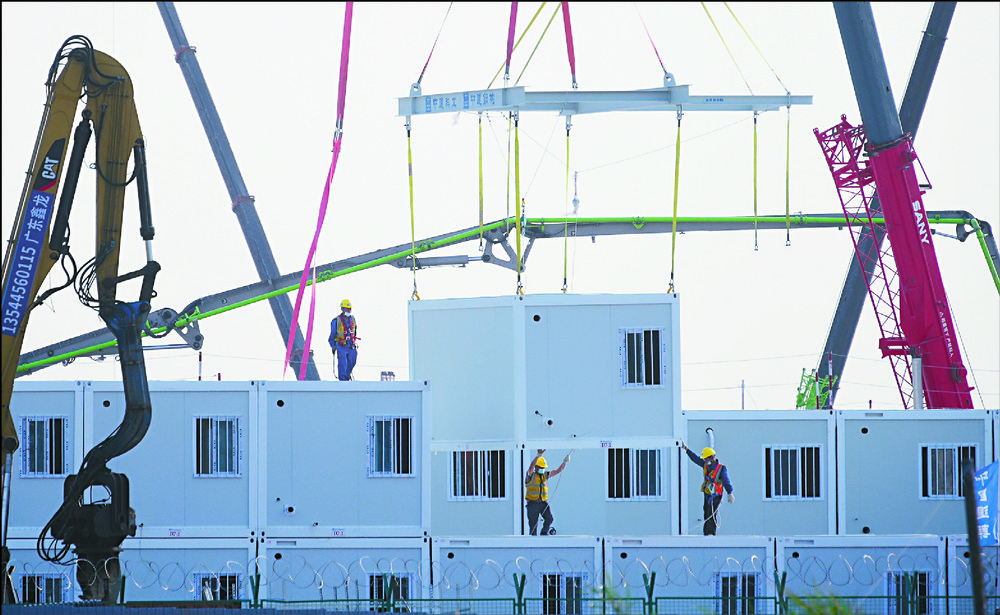 The 28,400 square-meter facility will be operated by mainland medics to cater to 11,000 patients after being fitted out with 1,000 hospital beds and 10,000 isolation and treatment beds for Covid patients with mild symptoms.

This came as a lawmaker urged authorities to return three public housing blocks that were earlier requisitioned for quarantine use, so that people in need can move in as soon as possible.

When Covid infections surged in late February, the government requisitioned blocks one and seven of Queen's Hill Estate as well as Heng King House of Lai King Estate for stable Covid patients to observe quarantine. The three blocks provide up to 3,000 units.

With infection numbers dropping from a daily caseload of over 50,000 at the peak to around 3,000 recently, the blocks no longer admit new patients, lawmaker Edward Lau Kwok-fan said yesterday.

Lau, from the Democratic Alliance for the Betterment and Progress of Hong Kong, said it would take more than a month to clear the two blocks, restore the entrances and exits, disinfect and conduct other procedures before they can take in tenants.

He heard that the government is working on returning those blocks, but still hoped that an exact timetable can be announced soon so that affected residents can move in as quickly as possible.

However, it still depends on whether there will be a rebound in cases after flights from nine countries, including the United Kingdom and the United States, resumed on Friday.

Chances of local transmission also rose as many people went out for Ching Ming Festival on Tuesday.

It was announced last month that the average waiting time for general public housing applicants was six years - the highest in 23 years.

There were about 152,000 general applications for public rental housing, and about 96,500 non-elderly one-person applications.

Meanwhile, police said they are adopting a humane mode of managing the facility it runs at the Hong Kong-Zhuhai-Macao Bridge.

Senior police inspector Wong Wan-yee, who is in charge of the facility's operation, said a man called about his elderly mother and domestic helper who were infected at the same time and sent to the isolation facility.

"He asked us if his mother and helper can be arranged to stay in one unit and I made the arrangements accordingly," she said.
#Covid
Add Comment