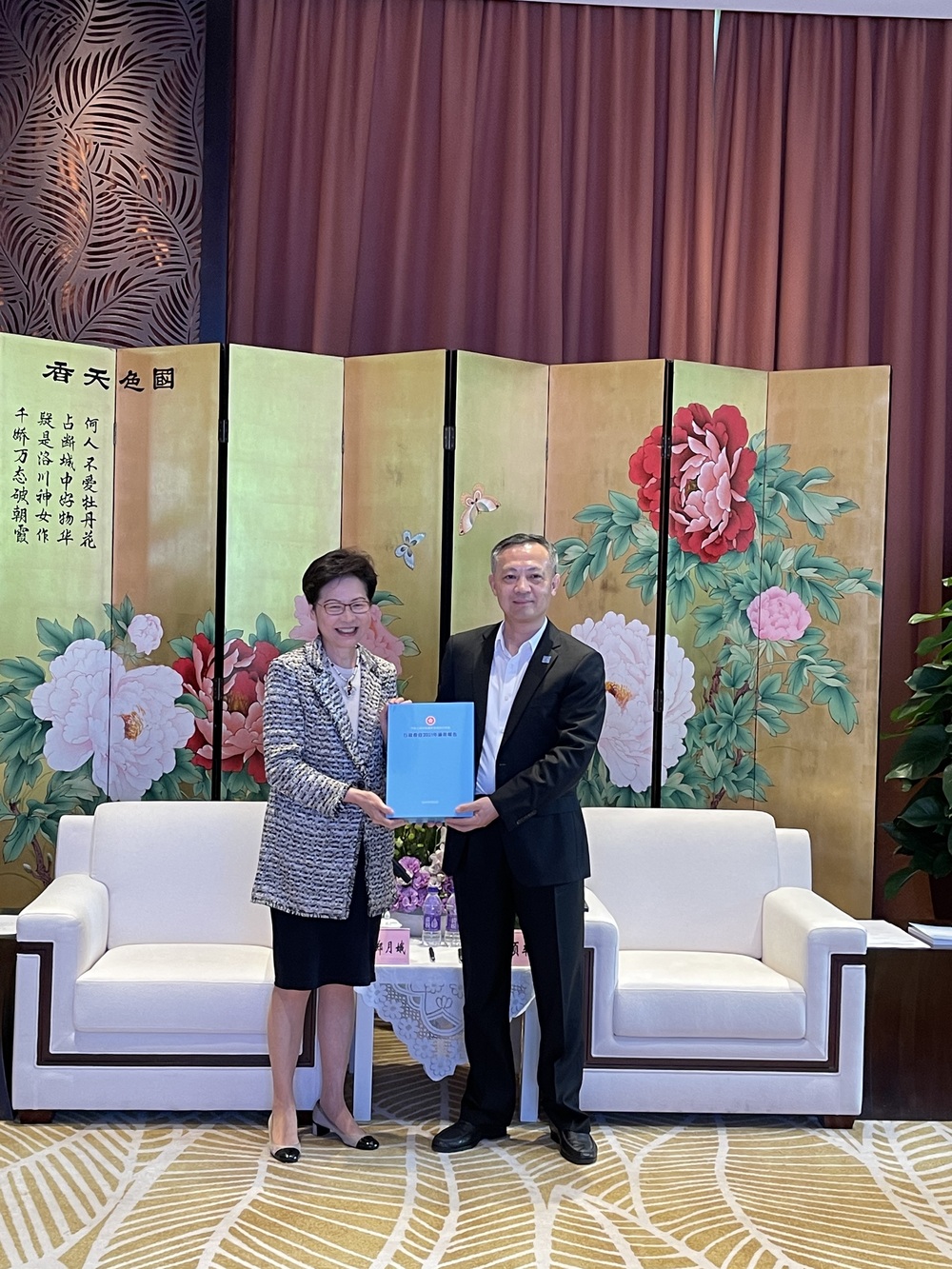 A meeting between Hong Kong and Shenzhen leaders on further collaboration was canceled following disruptions by typhoon Kompasu.
Hong Kong Chief Executive Carrie Lam Cheng Yuet-ngor was supposed to attend the opening ceremony of the China Import and Export Fair and the Pearl River International Trade Forum in Guangzhou, as well as meet with Guangzhou leaders on Wednesday.

But the ceremony was postponed from Wednesday to Thursday, after typhoon Kompasu caused adverse weather in southern China and triggered the hoisting of storm signal No.8 in Hong Kong.

The Shenzhen leg of Lam's trip had to be canceled. The Hong Kong and Shenzhen governments will fix another date for their meeting.

She spoke to them about her policy address delivered last week, in particular policies for Hong Kong's integration into the national development.

Noting that Guangzhou and Hong Kong have respective strengths in such areas as finance and technology, the two cities can strengthen co-operation to complement each other, she said.

Seven Hong Kong universities have already, or are planning to set up campuses in Greater Bay cities. They will include the Hong Kong University of Science and Technology (Guangzhou) in Nansha, Guangzhou.

She thanked the Guangzhou government for its support for the project and said she is pleased that the school campus could be commissioned as soon as September next year.

On financial development, Lam also said that the SAR government will back co-operation between the Hong Kong Exchanges and Clearing and the Guangzhou Futures Exchange in carbon emission trading.