Legislative Council will see more than 35 new faces, including one from a group which consist mostly of mainland Chinese living in Hong Kong.
Gary Zhang Xinyu, from New Prospect of Hong Kong, has earned a seat in the New Territories North geographical constituency.

The political group was established in 2019, consisting mainly of mainland Chinese living in Hong Kong, dubbed "gang piao" in Mandarin.

Tik Chi-yuen, chairman of moderate political party Third Side, is the sole non-establishment candidate to win in the election.

With 1,400 votes, Tik defeated Chu Lai-ling from the pro-establishment party Democratic Alliance for the Betterment and Progress of Hong Kong, and businessman Yip Cham-kai, who got 872 and 196 votes, in the social welfare sector.

Tik said it was “disappointing” to see he was the only winner. “Some of the candidates have worked really hard in this election, but pro-democratic supporters were not willing to come out and cast their votes,” he said.

Noting that he might have to go it alone against 89 other lawmakers in the new 90-member Legco, Tik said he hoped to prove his worth to the public via real deeds, adding that “it is always better to have a voice than none”.

Meanwhile, all 11 candidates who identified as pro-democracy or non-establishment were shut out of the 10 geographical constituencies, which each elects two lawmakers.

Those who lost included former lawmaker Frederick Fung Kin-kee and independent Jason Poon Chuk-hung. A disappointed Fung, who lost in Kowloon West, believed the reason behind his loss was the low voting turnout.

Based on his experience in the 2016 Legco election and the 2018 Legco by-election, Fung said he will only have a chance to win if the voting turnout is above 35 percent.

Poon said after his loss in the Hong Kong Island East constituency that the results showed there is still room for improvement of the current election system.

“I would like to thank those who voted for me, as well as the voters who did not vote, as those who did not vote projected a louder message: that the current election system is not perfect,” he said.
Add Comment 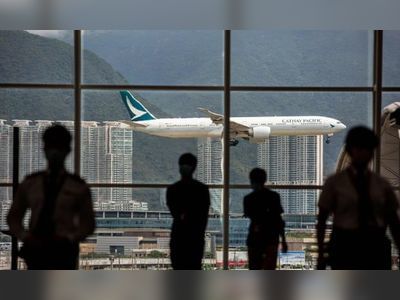