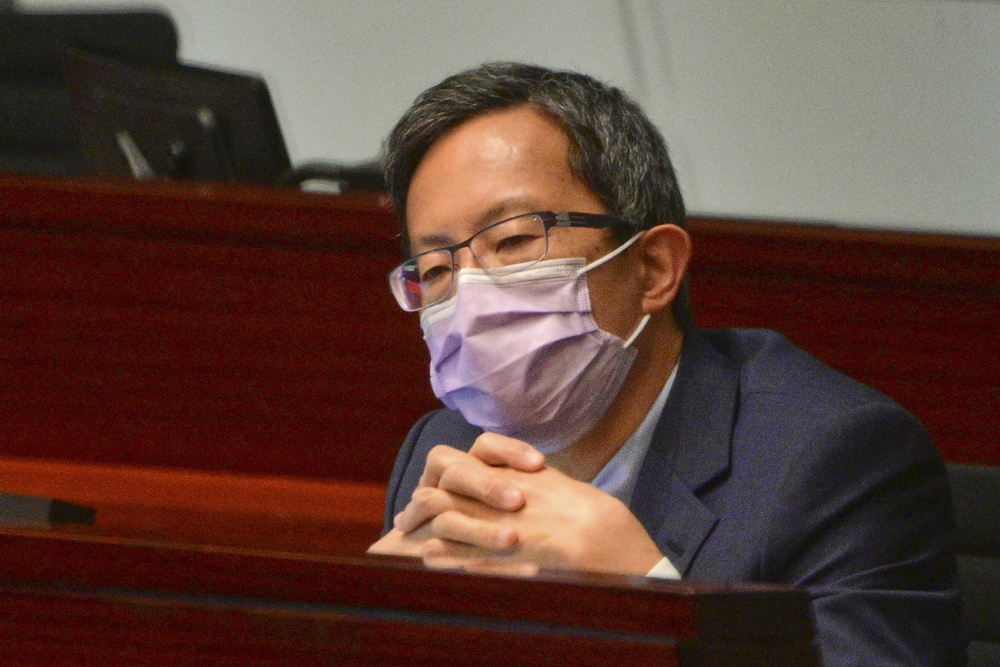 Lawmaker David Lam Tzit-yuen from the Medical and Health Services constituency was stripped of his status of an international Fellow of the American College of Surgeons last week over his residency status in China.
"The American College of Surgeons regrets to inform you that it is not able to continue offering Fellowship or other membership status to residents of the People's Republic of China. Unfortunately, your status as an international Fellow falls into this situation," read the email posted on Lam's Facebook page.

"We are being advised to take this step to avoid issues with the PRC laws governing the operation of foreign organizations in the PRC."

"The American College of Surgeons respects the laws of each country in which its Fellows reside and wishes to be fully compliant with them," it added, "We welcome you to continue to avail yourself of ACS programs as a non-member physician."

Lam wrote on his Facebook page, "It is utmost hypocrisy to sugarcoat sanctions as complying with the laws. It's time to draw a clear boundary." He also told netizens in the comment section that he is proud of his status as a Chinese national, which has remained unchanged since 1997.

Responding to media inquiries, Lam said neither Hong Kong nor China amended any law on regulating foreign organizations recently and was not sure which law the ACS was talking about specifically.

He continued that ACS is only an international academic institute with no authorization to empower a surgeon to practice, and its fellowship or membership status has no actual use. He will not and need not clarify Hong Kong's situation to the ACS.

Being stripped of the fellowship status can probably save him the annual fee of around US$200 (~HK$1,560) as well, Lam noted.

A press release published by the China – Hong Kong Chapter of the ACS on Tuesday said the ACS made the decision based on the residency regions of certain members. The arrangement will also affect members of Hong Kong as the city is part of China.

The China – Hong Kong Chapter strongly opposed the ACS's decision and said that initiating academic exchanges "should not be politicized or subject to political interference".
#Facebook
Add Comment