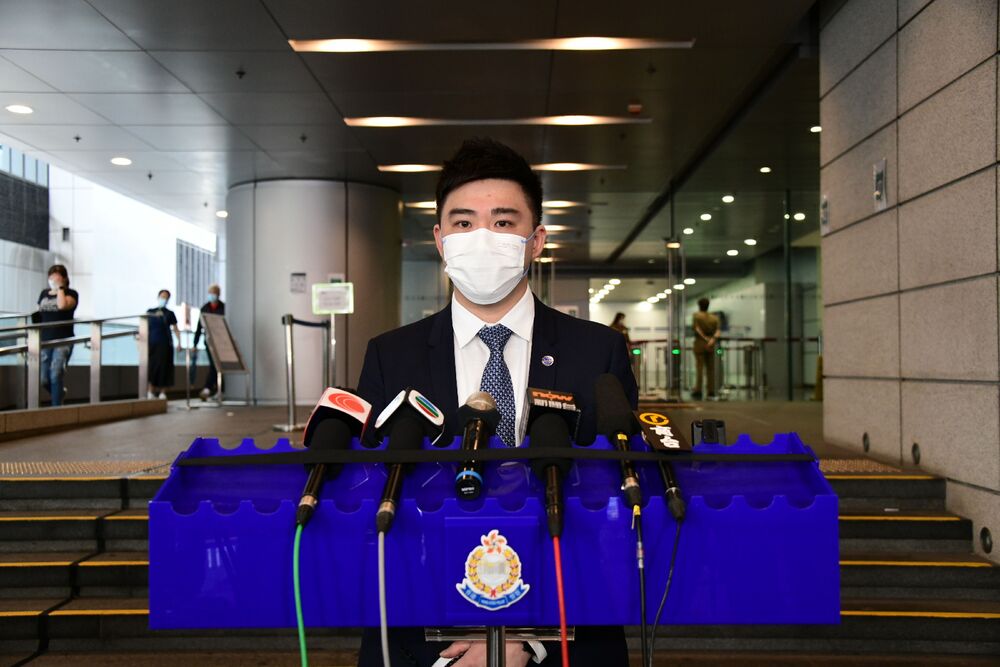 A 38-year-old male medic was among three people arrested by police on Thursday for uploading positive rapid antigen test results in the past or photos of positive results downloaded on the internet.
Chief inspector Cheng Chak-yan from police's Cyber Security and Technology Crime Bureau said Friday the medic, his 35-year-old girlfriend, and the 24-year-old male property agent were arrested in Chai Wan and Sai Kung for breaching Cap 599D Prevention and Control of Disease (Disclosure of Information) Regulation.

Cheng went on to say that the arrestees uploaded positive RAT results that didn't belong to them or used the same positive result to declare infection status more than once in March and April. They were subsequently issued a quarantine order by the government.

The medic was also arrested for fraud for trying to obtain the Covid recovery QR code by submitting a false RAT test result.

The girlfriend, a barista, was arrested on suspicion of exposing others to infection under article 32 of Cap 599A Prevention and Control of Disease Regulation, on the other hand.

During the operation, police seized four smartphones, three tablets, and a notebook computer. The trio was released on bail, and police didn't rule out more arrests in the future.

Cheng slammed the arrestees for being irresponsible and selfish for their crimes could stop the government from overseeing the pandemic situation accurately and increase citizens' pressure on fighting Covid.

Police noted that five similar cases have been referred by the Centre for Health Protection, and so far, six people have been arrested, including the trio taken away on Thursday.

According to the law, knowingly submitting false or misleading information to a health officer is an offense and the maximum penalty upon conviction carries a HK$10,000 fine and six-month imprisonment.