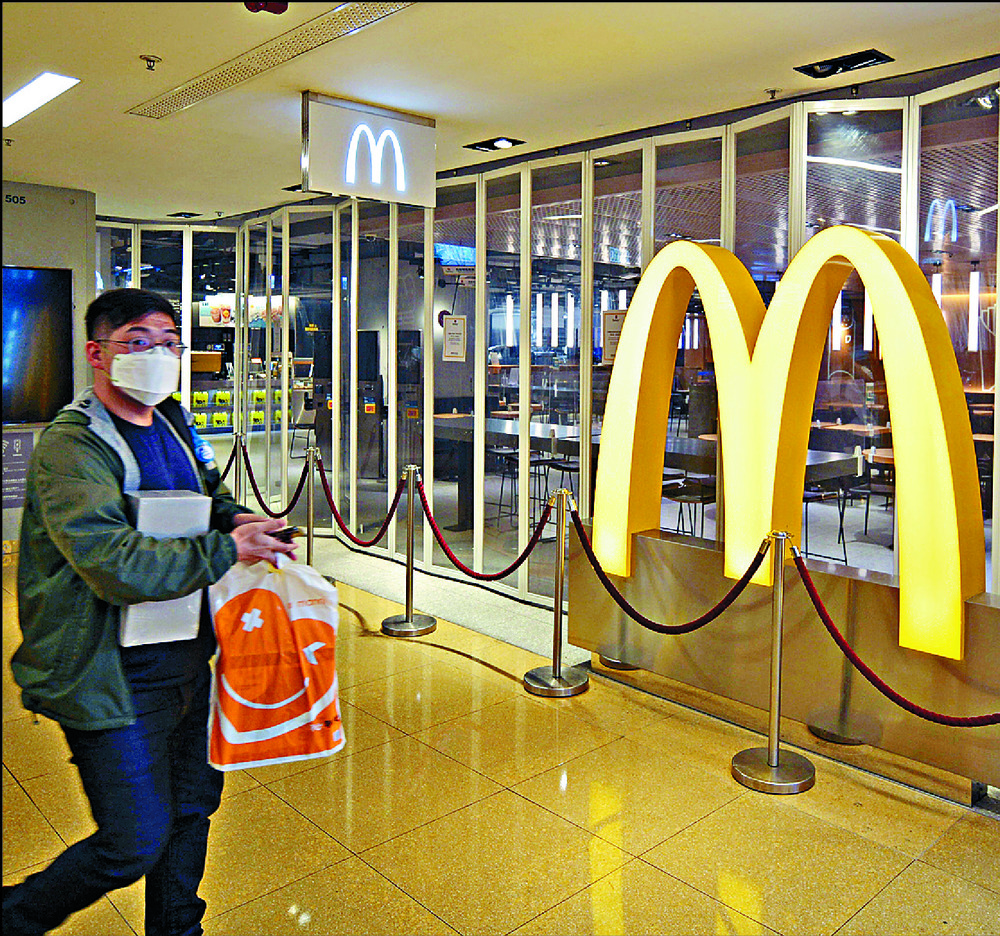 The McDonald's cluster in Tai Koo Shing has grown to six people after two more diners tested positive yesterday, prompting authorities to slap compulsory test notices on four more eateries visited by one of the two diners.
This came as Hong Kong reported 190 Covid-19 infections - dropping below 200 for the first time since March. Of the cases, 28 were imported. The Centre for Health Protection's head of communicable diseases, Chuang Shuk-kwan, said the two infected diners visited the fast-food chain's Cityplaza 3 outlet on May 13.

One of them is a 67-year-old man residing in Taikoo Shing while the other is a 76-year-old woman who lives in Kowloon Bay's Richland Gardens. The woman tested positive on Thursday when her building was placed under lockdown.

Before testing positive, the woman had visited four restaurants - To Kwa Wan's Malacca Cuisine on May 16, the Hong Kong Convention and Exhibition Centre's Fairwood and another McDonald's branch on Yee Wo Street on May 17 as well as Tao Heung Tea House in Mong Kok's Hollywood Plaza on May 19.

All four restaurants will be slapped with compulsory test notices to flush out silent carriers, Chuang said.

Authorities previously reported that a woman who arrived from the United States - and who subsequently tested positive for the Omicron BA.2.12.1 subvariant - had visited the Tai Koo Shing McDonald's branch on May 13.

A local family of three who lunched at McDonald's that day make up the remaining members of the cluster.

Of the 20 schools, three primary schools in Kowloon each saw two or more students and teachers infected within the week.

However, Chuang noted that "no quarantine or class-suspension measures are needed for now."

Secretary for Education Kevin Yeung Yun-hung also weighed in on the matter, saying the school infections are within expectation.

Imported cases of the Omicron BA.2.12.1 and BA.4 subvariants were also reported in Guangzhou recently while Sichuan has seen cases of the BA2.2 subvariant.
#COVID-19  #Covid
Add Comment