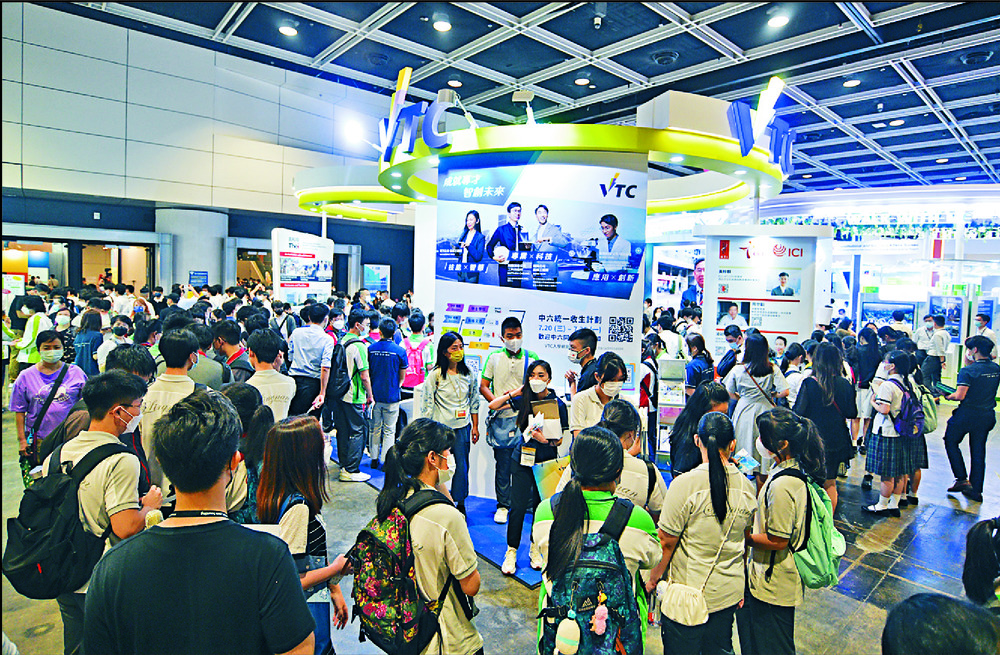 Mass exodus a ray of hope for graduates

Hong Kong's fresh graduates have "optimistic" job opportunities this year due to an increase in job vacancies caused by the emigration wave, says a human resources executive.
Suen Lap-man, director of Watson Consultancy, told The Standard that fresh graduates would not find it too difficult to secure a job this year, with many having started looking between March and May.

Around 80 percent of fresh graduates tend to land a job, he found, but many in the remaining 20 percent want to continue studies abroad or go on working holidays.

The employment rate could further rise to 90 percent for government-subsidized positions, including teachers, nurses and social workers, Suen said.

He said the IT and financial sectors are actively looking for staff while banks, telecommunication and logistics companies are hiring management trainees.

It is also not difficult to find a job in the public sector, he added, as the government is hiring a number of executive officers and disciplinary forces, as are the police force and immigration department.

Suen said graduates will have some difficulty in finding jobs in sectors that have been hit hard by the pandemic, including the retail and travel industries.

"But many large retail companies have begun to transfer their business to online platforms and are in need of a large number of workers to work in marketing, IT and logistics," he said.

Suen said the emigration wave has "obviously" made finding jobs easier for graduates as there are more vacancies now.

"Companies are now having a large number of vacancies in the entry-level and mid-level," he said.

Suen said Hong Kong's job market is doing better than the mainland's because China has adopted "the strictest anti-epidemic measures around the world" and chosen to sacrifice economic performance.

More than 10 million fresh mainland graduates are struggling to find jobs and the jobless rate among those aged 16 to 24 has surged to 19.3 percent, mainland authorities have revealed, blaming the jump on the pandemic and a huge number of graduates.

The unemployment rate in Hong Kong dropped to 4.7 percent between April and last month, but the rate for youngsters aged 20 to 24 remained at 11 percent.

But he said the young will have more opportunities thanks to the emigration wave and the unemployment rate for that age group could drop in October.

That newfound jobs optimism came as a four-day Education and Career Expo began at the Hong Kong Convention and Exhibition Centre, offering 2,700 job opportunities across private and public institutions, including the disciplined forces.

Some people showed up at the expo with resumes, including a mainland teacher studying here who is spurred on by the high salaries fetched by teachers.

Police also attended the expo and allowed people to try virtual reality shooting training. Officers also explained the daily routine to jobseekers, who were able to file applications there.