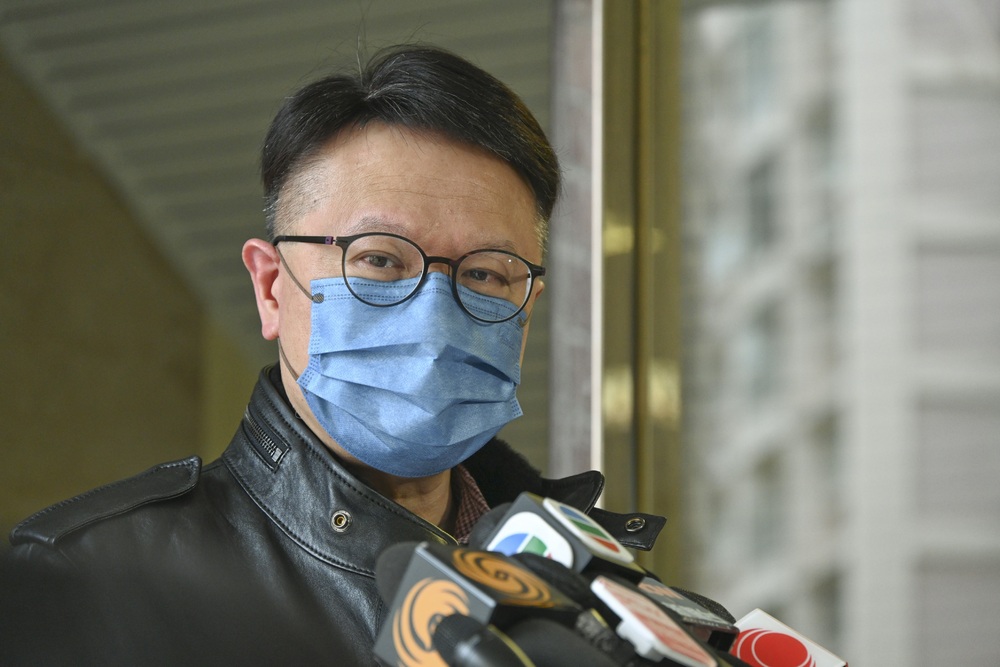 Government advisor David Hui Shu-cheong said on Saturday it seemed unlikely to lift the mask wearing requirement by June or July and added a meeting on administering the fourth Covid jab would be staged next week.
Hui continued that the requirement could be lifted or relaxed by the end of this year, if there is a second generation vaccine targeted at new mutations of the coronavirus with better protection by the second half of the year.

Speaking on a radio program this morning, Hui said although the infection caseload continues to decline, the pandemic development could rebound back to higher levels over increased people flow during Easter holidays.

He also quote the mathematics modeling of the University of Hong Kong and said the daily caseload is expected to drop to three-digit in late April. Yet, whether the figures will remain at such low levels is key.

The government's citywide mass testing scheme may have to step in if the situation stays concerning.

Regarding arrangement of citizens' fourth Covid jab, Hui explained the level of antibodies would fall a while after people have gotten their third shots.

He said the scientific committees under the Centre for Health Protection will call for a meeting next week to discuss the issue and expected the fourth jab arrangement would first open to elderly people. Hui spoke of a three to six months possible waiting time as well.

Hui also suggested testing the level of antibodies in blood samples collected from about 1,000 citizens from different aged groups and communities, in order to deduce the infected population and calculate the death rate more accurately.
#Coronavirus  #vaccine  #Covid
Add Comment