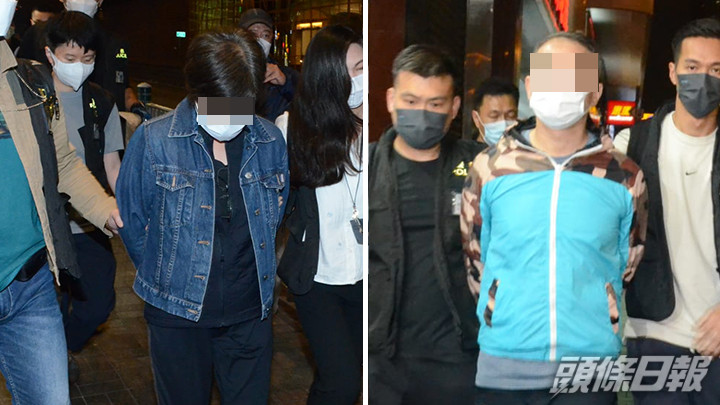 National security police officers have arrested a 59-year-old martial arts coach and his 62-year-old assistant for sedition in Tsim Sha Tsui Sunday afternoon for calling upon people not to get vaccinated, according to sources.
Officers from the police’s national security department arrested the coach and his female assistant in a Tsim Sha Tsui flat where the coach teaches martial arts classes in.

According to a court warrant, police officers have searched the premises and seized posters that “incited hatred”. They also took away electronic communication equipment used to spread the information and four long swords from the apartment.

Officers also issued fixed fine notices to four people – three men and a woman – in the flat who are participating in combat training, for violating the social gathering ban in Cap 599G Prevention and Control of Disease (Prohibition on Gathering) Regulation.

The martial arts center once published posters depicting images of people in combat, as well as fire and swords. The posters encouraged citizens to learn martial arts to kill the evil ones and for self-defense, so that they can “save themselves as well as others”. The posters have since been deleted.

This would be the third high-profile arrest carried out by national security police in two months involving incitement.

The first arrest was made on February 15, when pro-democracy singer-activist Tommy Yuen Man-on was arrested for allegedly seditious behavior.

On February 24, two people in charge of a bubble tea shop were arrested for publishing seditious materials including online posts which call upon people to disregard anti-epidemic rules.

The shop called upon people to avoid running into security guards when they go into shopping malls. They should use excuses such as buying takeaways so they can refrain from using the LeaveHomeSafe app.

People were also urged not to upload their vaccinations onto the LeaveHomeSafe app, and to stop taking the second or third Covid-19 jab.
#COVID-19  #Covid
Add Comment