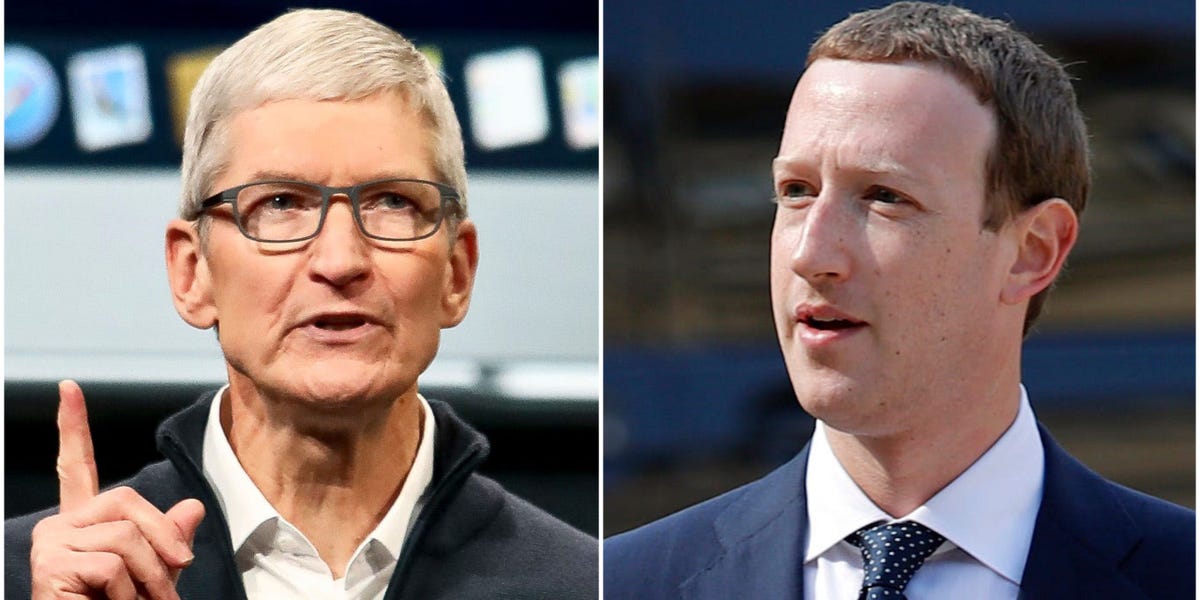 Mark Zuckerberg and Elon Musk appear to agree on one thing: Apple's control over apps is 'problematic'

"I do think Apple has sort of singled themselves out as the only company that is trying to control like unilaterally what what apps get on a device, and I don't think that's a sustainable or good place to be," Zuckerberg said during an interview at The New York Times' DealBook Summit. "I do think it is problematic for one company to be able to control what kind of app experiences get on the device," he added.

Spokespeople for Apple and Meta did not respond to a request for comment from Insider ahead of publication.

New York Times reporter Andrew Ross Sorkin had asked Zuckerberg for his thoughts on Musk's recent battle with Apple. On Tuesday, Musk called Apple's control over the App Store "a serious problem" and appeared to declare a "war" on Apple. The billionaire and "Chief Twit" said the tech giant had threatened to boot Twitter of its App Store, without providing a reason why.

While Zuckerberg did not comment on Musk's battle with Apple directly, the Meta CEO said he believes Apple "stands out as the only one where one company can control what apps get on the device." He noted that even though the Google Play Store has booted apps of its store, there are other app stores available to Android users and the ability to side-load apps too.

Zuckerberg has been critical of Apple's policies for several years. In 2020, he accused the company of charging "monopoly rents" in the form of App Store fees and blocking competition. Musk has also criticized Apple's App Store fee. The tech company controls app distribution for the iPhone and iPad, and takes between 15% and 30% of most in-app purchases made on iOS apps.

On Wednesday, Zuckerberg said Apple's policies pose a risk to Meta as he sees them as one of the company's "big competitors."

"There is a conflict of interest there and it makes them not just a kind of governor that is looking out for the best of, of people's interests," Zuckerberg said. "I think they also have a lot of their own strategic interests, which makes it very challenging."