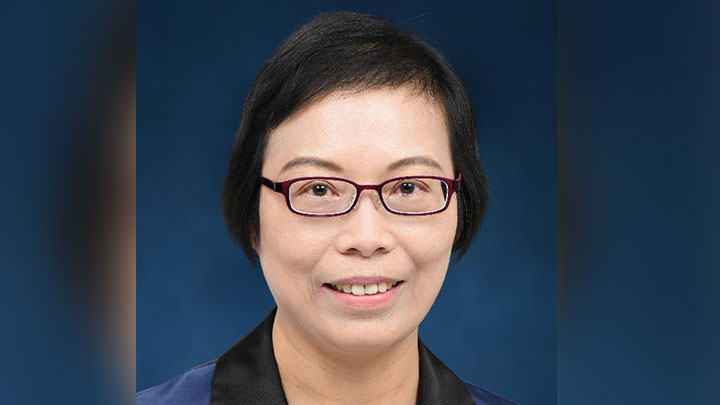 Director of Marine Carol Yuen Siu-wai is now undergoing quarantine after a friend of hers tested positive for Covid via a PCR test, the government announced on Friday afternoon.
The government spokesperson said she was listed a close contact over her friend's infection and has been taking rapid antigen tests regularly with negative results obtained. She tested negative on Friday as well.

The latest infection of Yuen is now sounding the alarm bells of a possible outbreak cluster among top government officials with just a week ahead of the 25th anniversary of SAR's handover, following the infections of incoming Chief Secretary Eric Chan Kwok-ki and incumbent mainland affairs chief Erick Tsang Kwok-wai.

Outgoing leader Carrie Lam Cheng Yuet-ngor met Chan in a briefing on Monday but was soon ruled out as a close contact.

As for Chief Executive-elect John Lee Ka-chiu, he met Chan a few days ago and tested negative on Wednesday.

In Friday's daily Covid-19 briefing, Chuang Shuk-kwan from the Centre for Health Protection refused to disclose any details on the infections of Chan and Tsang, as the public continue to speculate if any state leaders are coming to Hong Kong on July 1.
#COVID-19  #Covid
Add Comment