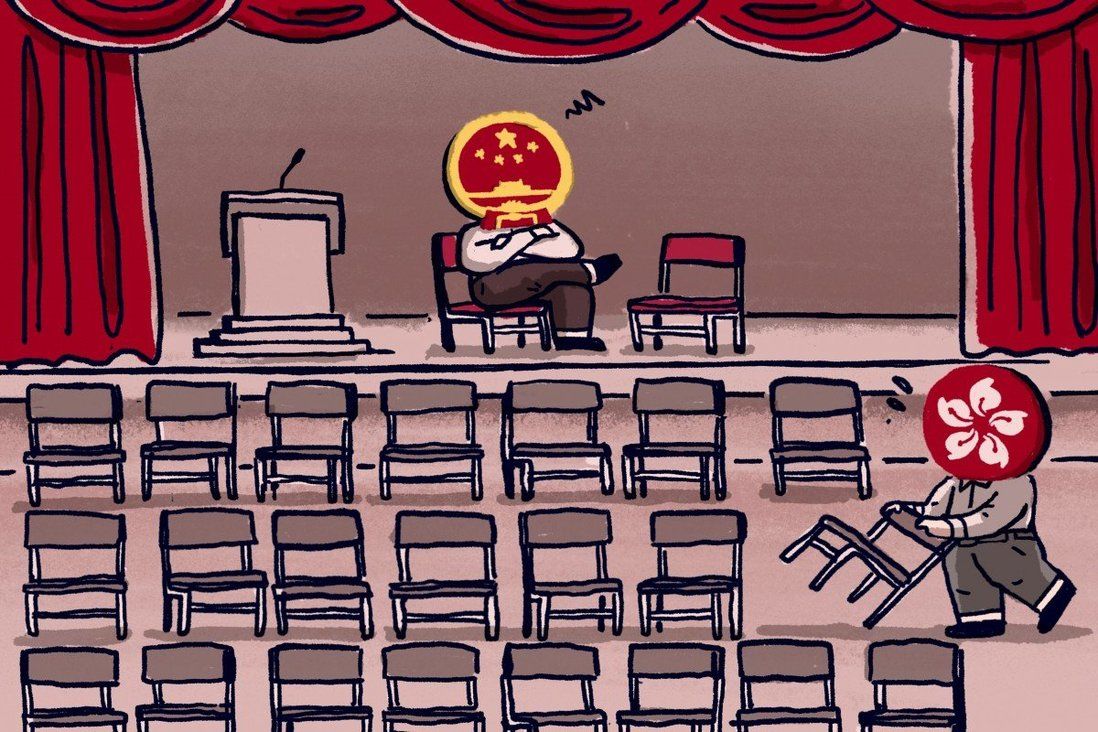 For instance, the China Law Society, which will name nine members to the powerful Election Committee, is directly under the Communist Party and headed by the vice-chairman of the NPC Standing Committee.

Many of the mainland organisations newly entrusted by Beijing to field Hong Kong representatives to the powerful body which now oversees the city’s key elections are closely tied to the central government, if not directly controlled by it, the Post has learned.

For example, the China Law Society, a mainland group given the unprecedented power to name nine members to the 30-strong legal subsector of the Election Committee, is under the direct supervision of the Communist Party and chaired by Wang Chen, the vice-chairman of the National People’s Congress (NPC) Standing Committee, according to its website.

Under the city’s most drastic electoral overhaul since its return to China in 1997, the Election Committee, originally tasked with picking the city’s leader, will enjoy new powers to also nominate lawmakers and elect 40 representatives of its own to the 90-seat legislature.

The changes – effective on Wednesday – stipulate the now 1,500-member committee will have more than 400 of its seats filled by mainland-affiliated groups, including 110 earmarked for Hong Kong members of “relevant national organisations”.

In some of the committee’s professional subsectors – including those for the legal, technology and accountancy industries, previously seen as opposition strongholds – Hong Kong representatives affiliated with mainland organisations will now be empowered to choose up to half of the seats.

A closer look reveals that many of these mainland organisations are closely related to – if not controlled outright by – the central government, which observers said reflected Beijing’s wish to integrate Hong Kong’s professionals.

For the legal subsector, which saw all 30 of its seats swept by opposition candidates in the 2016 Election Committee polls, nine of those seats will now be nominated by local representatives of the China Law Society. Six seats will go to local members of the Basic Law Committee, with the remainder being returned by corporate voters – a contrast from the previous arrangement, in which individual members of the profession cast ballots for the seats.

As a national organisation under the auspices of the Chinese Communist Party, the China Law Society – which some local lawyers said they rarely dealt with – comprises mainland legal academics and professionals, and describes its mission as being to “uphold the party’s leadership”, according to its website.

Its incumbent president, Wang, spearheaded the shake-up of the city’s electoral system, and said in 2019 that the organisation should “act as a bridge linking legal workers with the party and government”. 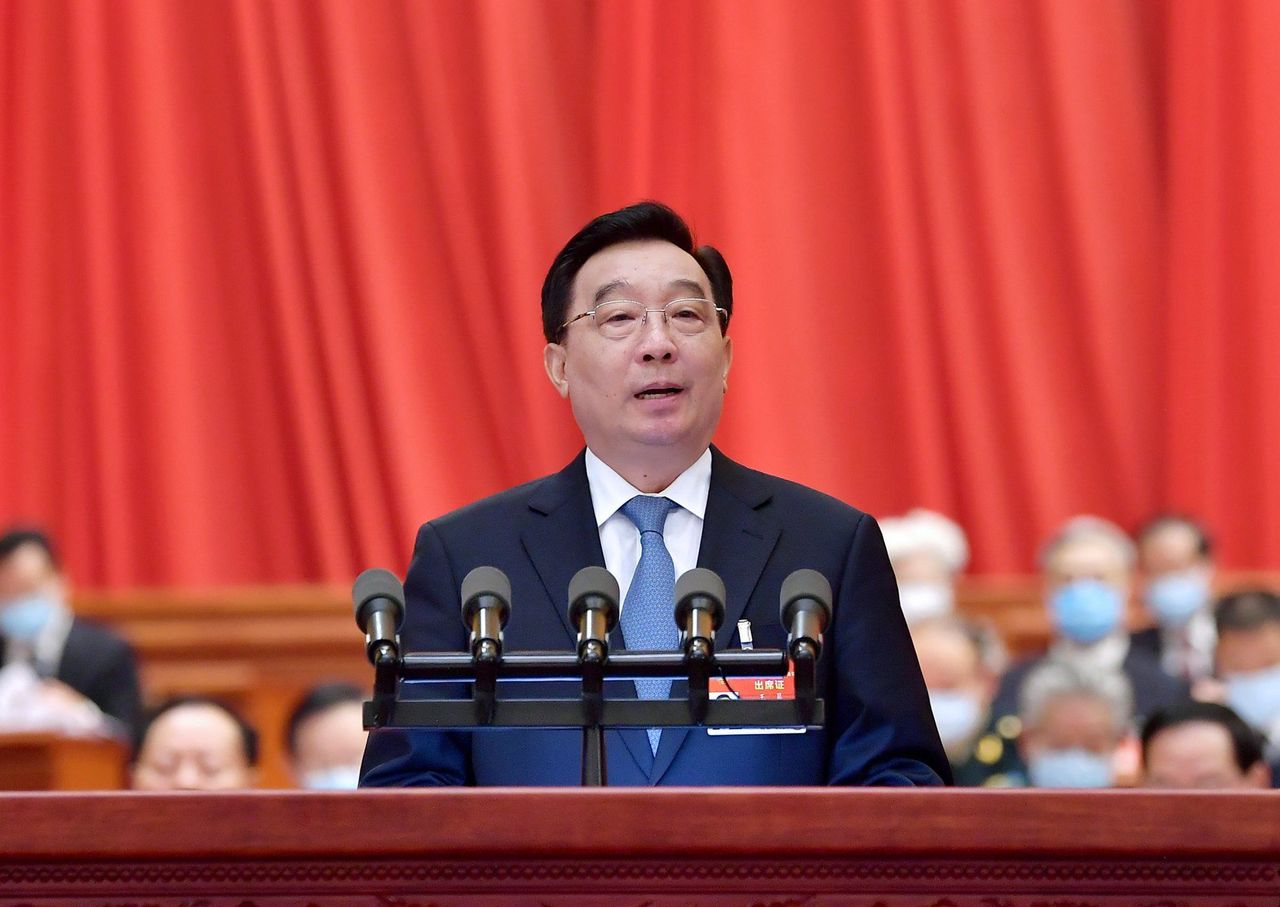 Barrister Lawrence Ma Yan-kwok, one of the known local representatives to the China Law Society, declined to comment on whether the body’s links to the party would affect the credibility of the Election Committee.

When asked to explain the society’s relations with local legal professionals and who else in the city belonged to the group, he said: “It’s inconvenient to disclose for now. Some members do not want to expose themselves.”

Meanwhile, half, or 15, of the members of the accountancy subsector will be nominated by advisers on the industry appointed by the central government’s Ministry of Finance.

The ministry’s accounting advisers usually serve a two-year term. While the previous term ended last year, the list of advisers has not been updated online.

According to the State Council’s website, 39 local accounting professionals were appointed in 2016 to “offer advice and facilitate the development of the accounting industry in mainland and Hong Kong”.

Former opposition lawmaker for the accountancy sector Mandy Tam Heung-man noted that some of those 39 accounting advisers, such as Ayesha Lau and Albert Au Siu-cheung, had run unsuccessfully for Election Committee seats that same year.

“They were losers in our subsector, but now some can get into the committee without running a race. How can they represent the profession?” she asked.

Tam, now a district councillor, said she was not eager to run for the Election Committee herself as she doubted whether, as part of the pro-democracy camp, she could even garner enough nominations from pro-establishment figures.

Beijing’s grip on the 15 new seats in the sports, performing arts, culture and publishing subsector looked equally firm, with all three nominating bodies having mainland links.

One of them, the obscure China Federation of Literary and Art Circles Hong Kong Member Association, was only set up in 2019, and had its launch ceremony in November last year, according to its chairman, Ma Fung-kwok, who was also the sector’s pro-establishment representative in the legislature.

Like a few others with newly granted nominating powers, Ma admitted he only learned of his group’s involvement “very recently”, and knew nothing about precise workings of the subsector.

He said his group – which does not even have a website – was created to simply facilitate “artistic and cultural interactions” between Hong Kong and the mainland, and denied the central government exercised any undue influence over it.

“How can you say our members are controlled by Beijing when they are all elites in their own fields?” he said.

Beijing’s control of another newly empowered nominating group in the subsector – the Hong Kong Publishing Federation – is in less dispute. Since its foundation, the federation has been chaired by three successive bosses of Sino United Publishing (Holdings) Limited, a conglomerate controlled via a proxy company by its largest shareholder, the central government’s liaison office in the city. The federation had not responded to a Post inquiry as of press time.

At a press conference on Tuesday, Chief Executive Carrie Lam Cheng Yuet-ngor defended the new arrangement by offering her personal endorsement of some of those on the nominating bodies. 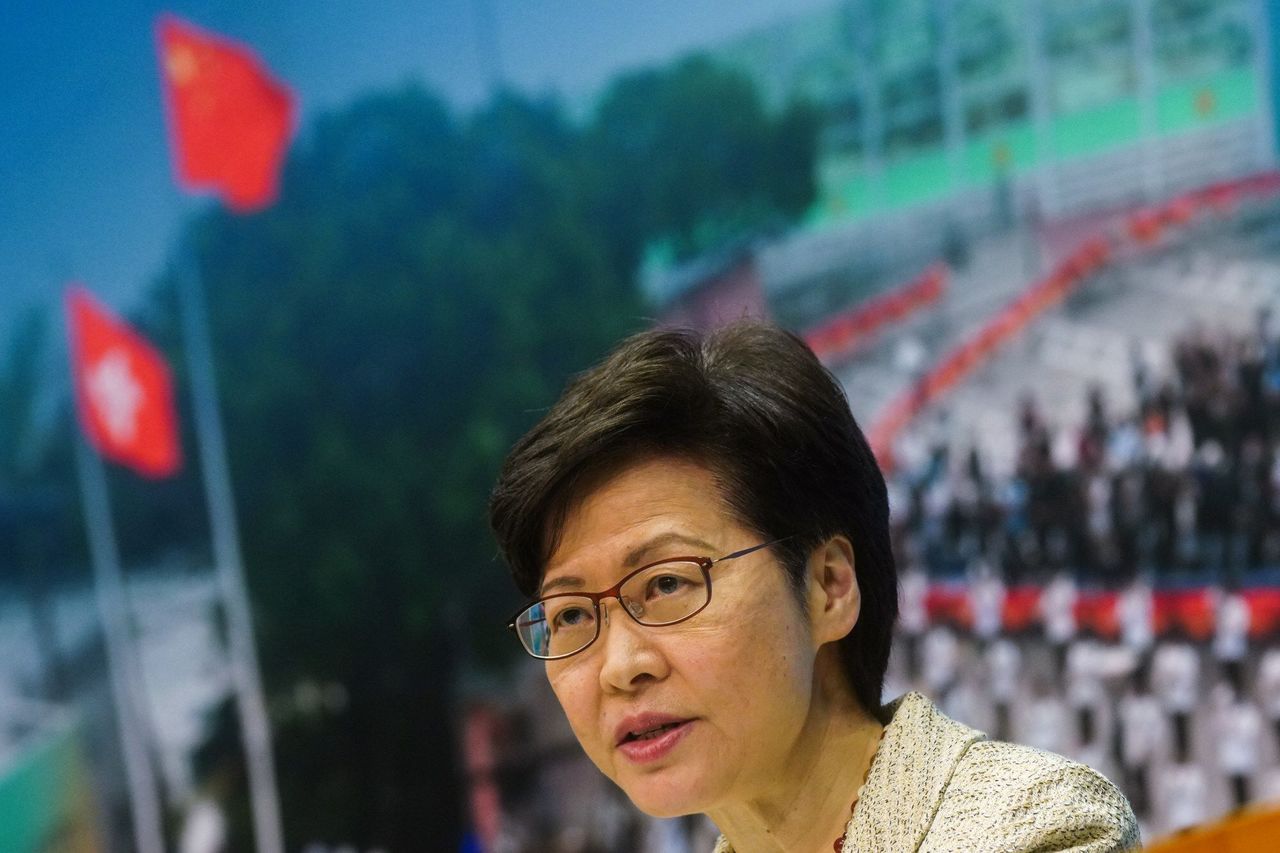 Naming five Hong Kong members of the Chinese Academy of Sciences and the Chinese Academy of Engineering – which will now nominate half of the 30 seats in the technology and innovation subsector – she said: “These are the people that I said I fervently hoped would join these entities in the political structure to govern Hong Kong now that the situation has stabilised and is not driven by chaos and doxxing.”

But retired scientist Henry Wong Nai-ching – one of the five Lam singled out – was unenthused about the new privilege. Not only was he caught by surprise by the name drop, he said, he also was not previously consulted about the nomination role.

“I have retired, I’m over the age of 70 now, and all along I was an academic. What virtues or qualities do I have to join the chief executive in governing Hong Kong?” Wong, an emeritus professor of chemistry at Chinese University, told the Post.

He said he “would not mind” chipping in with the nomination work, but would try his best to avoid actually sitting on the Election Committee.

“They just took off the mask of not trying to intervene in Hong Kong affairs. Amid an expectation of criticism, what they emphasise now is Beijing’s authority and jurisdiction over Hong Kong,” he said.