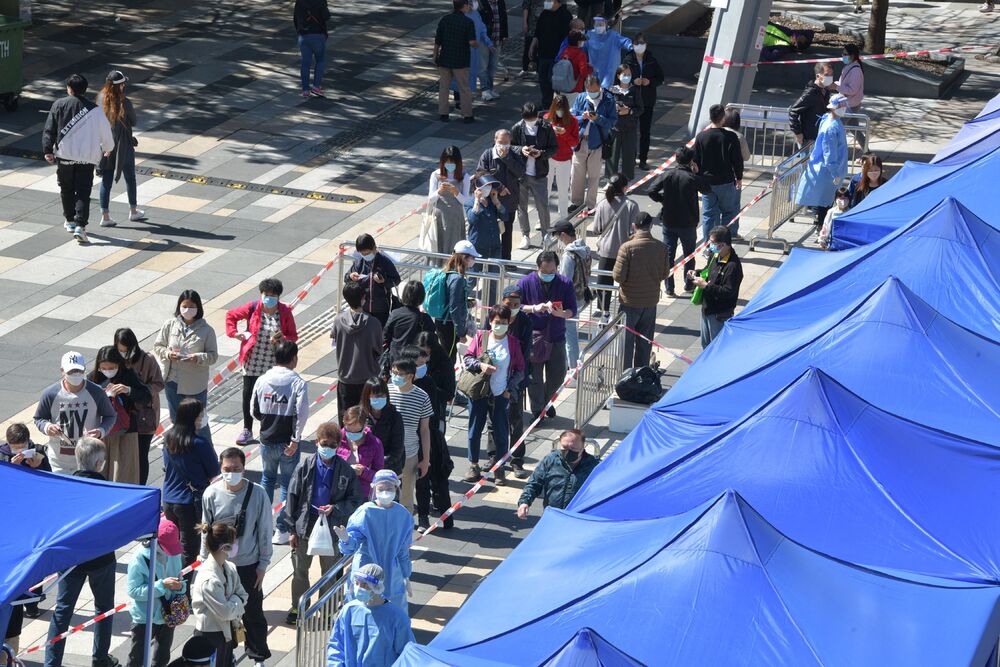 Chief Executive Carrie Lam Cheng Yuet-ngor said Wednesday that mandatory coronavirus testing was no longer a priority after plans for mass screening of all 7.4 million residents and accompanying movement restrictions triggered panic.
Still, she refused to rule out mass testings in March. Without spelling a date, Lam said a sensible decision will be made about the timing.

Wednesday's announcement by Lam comes after weeks of uncertainty and mixed messages from the government, fuelling panic-buying sprees by residents snapping up vegetables, canned goods, frozen foods, and even over-the-counter medicine such as paracetamol, and testing kits.

Back in late February, Lam said all residents will be subjected to compulsory testing, which would be carried out alongside movement restrictions. Details of the restrictions have yet to be announced, but transport secretary Frank Chan Fan said one option considered is to allow a family member to go out for essential chores such as purchase of food.

"What we are doing now is planning and preparation but (mass testing) is not a priority for now," Lam said on Wednesday, adding that the plan for universal testing has not been nixed. "If we do it, it must be for the greatest benefit of Hong Kong," Lam said.

Health experts have criticised Lam's administration for unclear messaging on where Covid-positive patients should go, the city's low vaccination rates among the elderly and a lack of preparation for medical staffing and facilities.

Lam said Wednesday she was aware of the criticism, but defended her administration's "adjustments".

"Policies and measures need to be adjusted as the situation develops," she said. "Some people may say such adjustments are capricious -- that's a matter of opinions."
#Coronavirus  #Covid
Add Comment