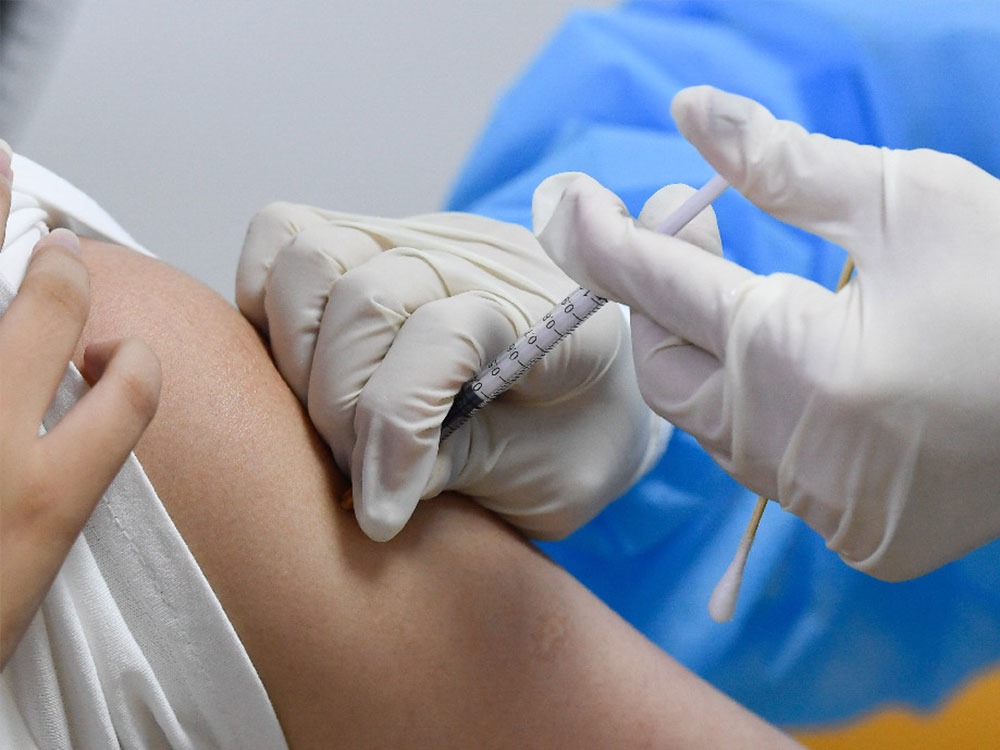 Man jabbed twice in the arm at Sinovac vaccination center

The Department of Health is holding an investigation after a 62-year-old man complained that he was jabbed twice in the arm at a vaccination center when he got his booster jab last month.
A medical worker failed to draw all of the content in the vial when jabbing him the first time. Then the person gave him a second jab for the remainder, a doctor at the vaccination center explained.

The man surnamed Lo got vaccinated at the Tin Fai Road Sports Centre in Tin Shui Wai on November 11.

He told media that the medical worker apologized after giving him the first jab, and then inserted the syringe into his upper arm again.

At the waiting area, the man realized what happened could be problematic and approached the medical workers on site.

Lo said a doctor told him the medical worker administering the jab found there was fluid remaining in the vial after the first injection, so that he got jabbed with the rest.

The doctor verbally admitted that the staff had "not done a good job."

Lo found the treatment of him “worrying" and complained to the authorities later, but did not receive any reply after three weeks. He said authorities should give staffers guidelines for how to handle vaccinations which went wrong.

He also said that he has always supported vaccination and has not changed his mind after the accident, but was "disappointed with some people in the government."

The Department of Health confirmed it has received the case and is following up with the center for further information.

The citizen had consulted the doctor on duty and received an explanation, the department said.

It has launched an investigation into the medical team running the center, and has sent guidelines to all operators on vaccination arrangements. It demanded all operators to report vaccine-related incidents.
#vaccine
Add Comment