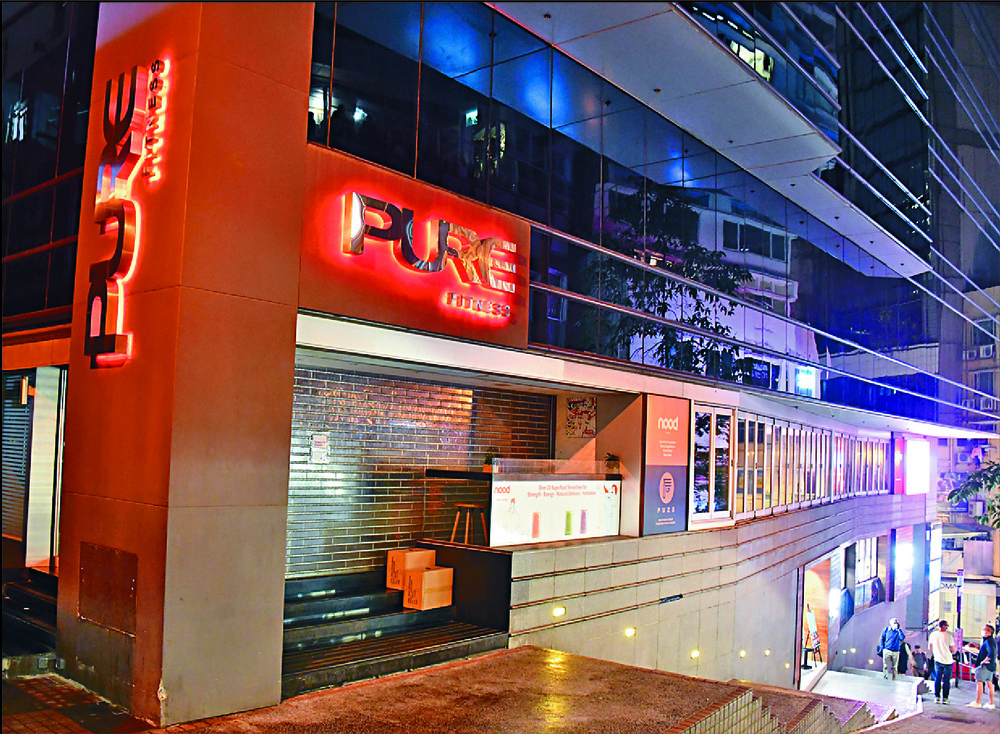 A disgruntled member of a fitness center has demanded to know why he still needs to pay his membership fee despite being barred from entry for being unvaccinated.
The man told The Standard that Pure Fitness - which has 12 branches in Hong Kong - has told him they will continue to charge him the membership fee while restricting his access because he has failed to meet the "no jab, no entry" vaccine pass requirement.

"Of course, we should all respect that the government has imposed rules to restrict access to health clubs. But it seems quite remarkable that Pure is continuing to charge members," he said.

According to the center's website, it offers passes for one, six and 12 months, with customers billed on a monthly basis.

Six-month passes at a single outlet begin at HK$1,198, going as high as HK$1,738 a month for the branch at IFC mall in Central.

Meanwhile, Chief Executive Carrie Lam Cheng Yuet-ngor said authorities are pressing ahead with the final stage of the "no jab, no entry" vaccine pass that requires people to be triple-jabbed to enter restaurants and regulated premises such as bars, gyms and cinemas from May 31 despite two scholars urging the ditching of the requirement for adults under 60.

Only half of the SAR's eligible population has received booster shots, Lam said, adding it is necessary to keep the vaccine pass program going to incentivize people to get the booster shots.

She said vaccination remains the most effective way to prevent serious illness from Covid infection.

"If we could keep [the vaccine pass mandate], we will not be overburdening Hong Kong public hospitals, and that has always been one of the primary objectives of our anti-epidemic work in Hong Kong," she said. "We are not suddenly requiring the people of Hong Kong to take the third dose We have been telling people and announcing well in advance the three-dose requirement under the vaccine pass. I can confirm and reaffirm here that remains our plan," she said.

Some 6.67 million people, or 91.6 percent of the city's eligible population, have taken at least one jab and 6.26 million, or 86 percent, have received two.

Hui said antibody levels drop even after vaccination and it would be impossible for the SAR to cope with a potential sixth wave without extra immunity from booster jabs.
#vaccine  #Covid
Add Comment