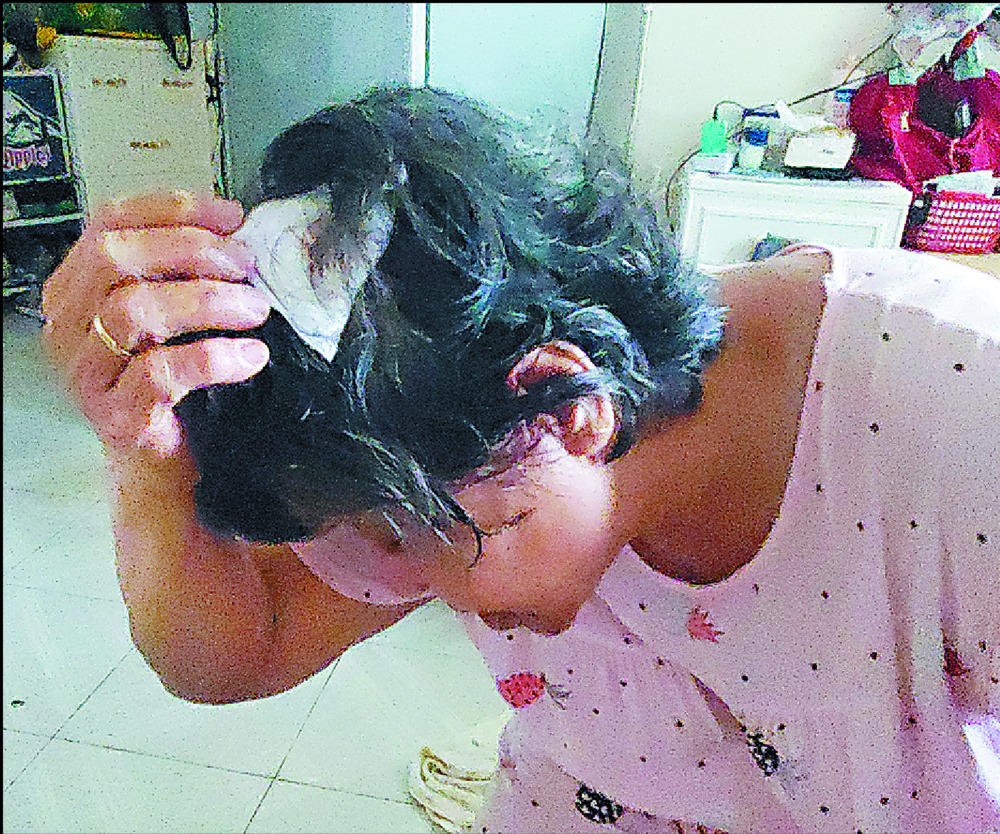 A man suspected of suffering from a mood disorder allegedly slashed a paramedic after badly injuring his Thai mother with the same cleaver.
The 40-year-old man, Wong, was arrested in his Chai Wan home on Saturday.

The incident was detailed on Facebook by one of three paramedics despatched to the scene. The paramedic said he had been working the graveyard shift on Saturday when he received a report at 7.40am from the suspect's mother after she'd been hit in the head.

During the call, she described her son as emotionally troubled and in urgent need of hospitalization.

After the paramedics arrived at Sui Hei House in Siu Sai Wan Estate, Wong had initially agreed to cooperate and asked if he could change his clothes in his bedroom before leaving with them.

However, he came back out shouting: "Who are you? Why are you in my house?" Wong proceeded to grab a cleaver from the kitchen.

Seeing the danger, the paramedic who penned the post said he told the team leader they should leave immediately.

However, Wong chased the trio to the elevators where he slashed the leader. The other two managed to escape but the suspect followed them in a separate elevator, shouting: "Don't let me catch you!"

In the meantime, the injured paramedic took refuge in one of the apartments.

Wong was later arrested. It is understood he had also injured himself during the incident.

Wong's mother said her son's emotional problems began after he developed an addiction to drugs, adding he had once been admitted to Siu Lam Psychiatric Centre. Wong's home is in Thailand, she said, but he had been forced to stay here after visiting in 2019 due to the Covid-19 pandemic.
#Facebook  #COVID-19  #Covid
Add Comment