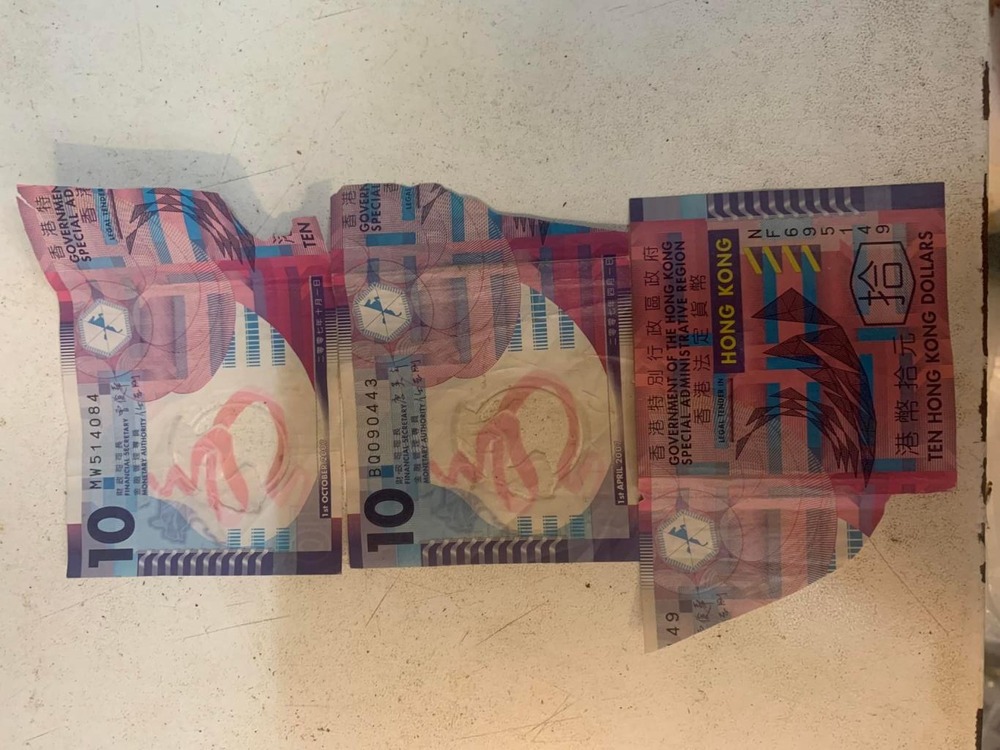 Man cuts HK$10 bills in half to cheat market vendors

An old man in Sheung Shui has cut some HK$10 bills in half to pay for goods at Shek Wu Hui Market.
A market vendor had shared pictures in a Facebook group, which shows three HK$10 notes cut in half. She found those damaged dollar notes recently and said an old man "premeditatedly folded the cut bills" to cheat.

"When you open it and find it was cut, he has already gone," the post read.

Vendors nearby told her that the old man was a habitual offender. She did not know if the banks would accept the damaged notes and reminded others to be aware.

According to the Hong Kong Monetary Authority, the public may request the note-issuing bank for an exchange upon receiving damaged banknotes. The bank will authenticate the banknote according to established criteria, such as the degree of smear or damage and the integrity of the security features, to determine whether it can be given full face value.
#Facebook
Add Comment