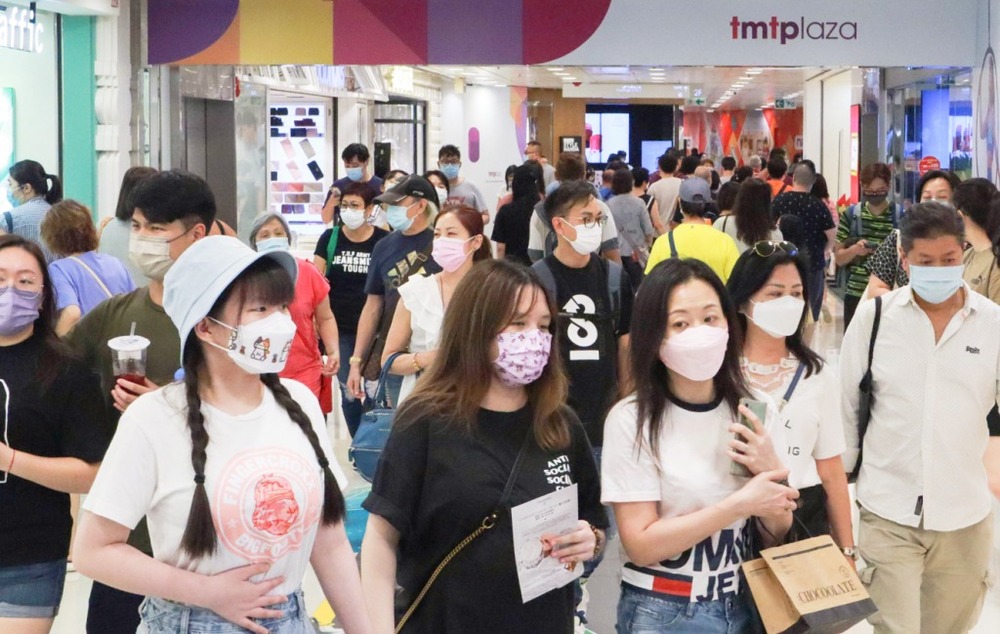 Malls saw a rise of more than 10 percent in business and foot traffic during the long weekend.
Three Sino Group shopping malls - Tuen Mun Town Plaza, Olympian City in Tai Kok Tsui and Citywalk in Tsuen Wan - reported a growth of 10 percent and 15 percent respectively in patronage and turnover over the Dragon Boat Festival holiday.

Although the third phase of the vaccine pass kicked in, restaurant owners reported growth in businesses and many eateries were seeing queues outside.

Bella Chhoa Peck-lim, director of asset management of Sino Group said the malls have seen a hike in visitor flow and turnover during the past long weekend, with retailers reporting an increase of 10 to 15 percent and Chinese restaurants seeing 20 percent.

In addition, restaurant tenants said since the cap of diners allowed per table was relaxed to eight, their overall businesses have grown and the dinner time for the past three days was generally full.

"There were always guests waiting outside," a tenant said, adding he was satisfied with the business during the holiday.
#vaccine
Add Comment