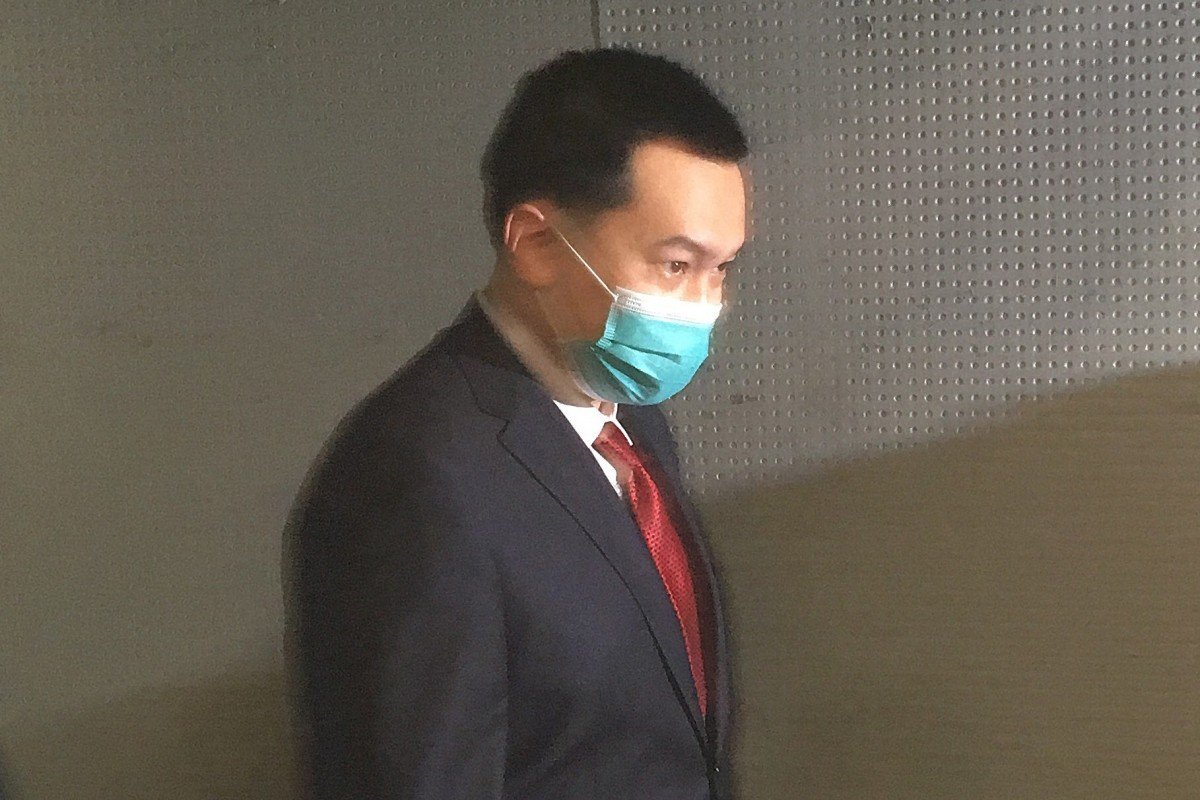 A mainland journalist detained and assaulted by anti-government protesters during last year’s social unrest in Hong Kong said he felt “insulted and a little sad” when protesters tied him up, beat him and waved his identity card and pro-police T-shirt in the air during a demonstration.

Fu Guohao recalled his ordeal when he testified at the District Court on Wednesday against four protesters charged over the overnight chaos at Hong Kong International Airport on August 13 and 14 of last year.

The 29-year-old reporter, who works for the online media outlet Huanqiu.com under the Chinese state-run newspaper Global Times, was detained by protesters for about one hour on the fifth day of a sit-in demonstration inside the airport’s concourses, as protesters sought to paralyse flights and rally overseas support against the city’s now-withdrawn extradition bill.

Prosecutors allege that an unlawful assembly took place in the departures hall at 11.30pm, as Fu was filming the protest while wearing a press vest, but not his press card. This prompted protesters to confront him and challenge the legitimacy of his status as a reporter. 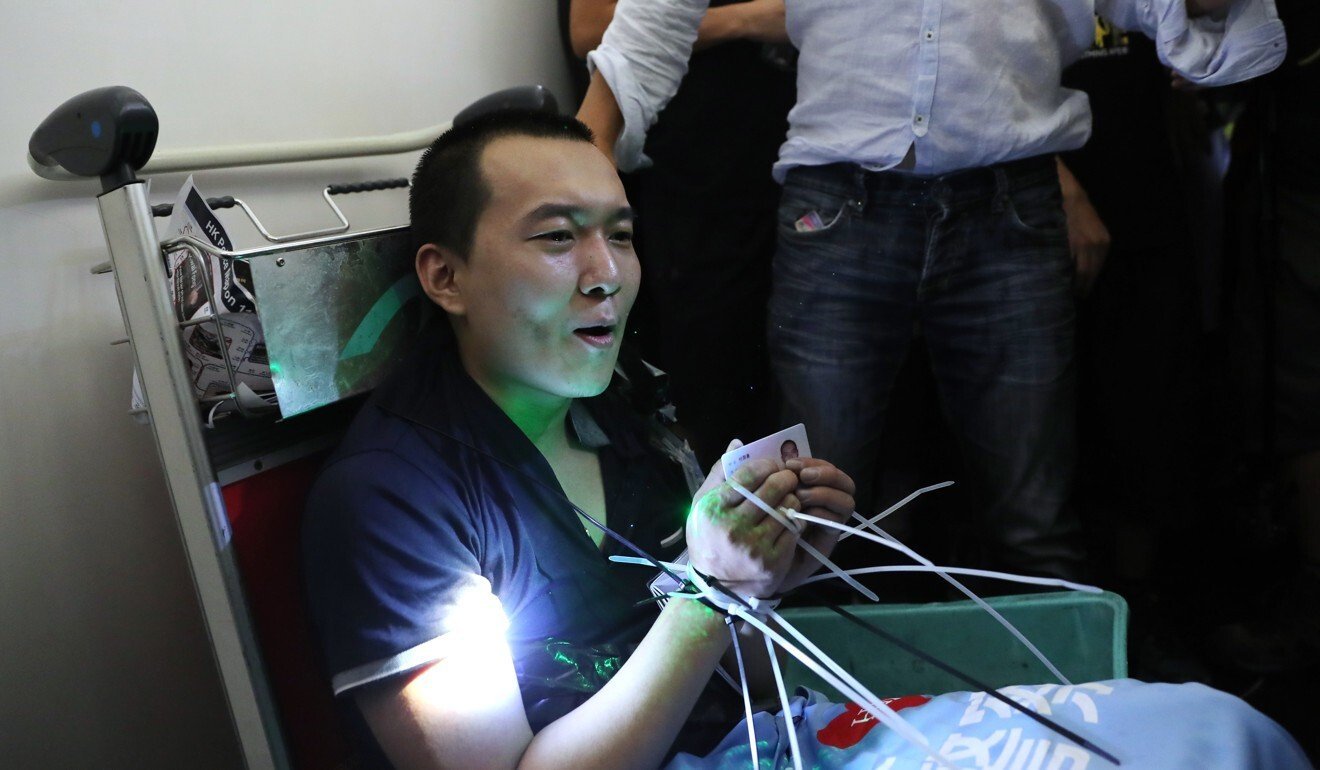 Global Times journalist Fu Guohao is seen tied up by anti-government protesters at Hong Kong International Airport in August of 2019.

Upon hearing Fu claim he was merely a visitor, protesters restrained him on a baggage cart with plastic zip ties and went through his personal belongings, openly displaying his mainland identity card and a blue T-shirt emblazoned with the slogan “I Love HK Police” found in his bag. Some even tried to forcibly remove his pants but failed.

Testifying in a suit and red tie on Wednesday, Fu said: “Those who beat me up … forcefully put my identity card in my hand, as if they were mocking me. They also put the blue shirt on my body, and then forced me to unlock my mobile phone.”

The illegal assembly escalated into a riot 20 minutes later, when protesters began punching and kicking Fu, shining flashlights in his eyes and pouring water on him, according to the prosecution’s filing.

Open source footage shows two opposition lawmakers, Fernando Cheung Chiu-hung and Kwok Ka-ki, urging the protesters to stop, but to no avail. The violence ended only when paramedics took Fu away from the scene.

Fu, who arrived at Hong Kong one week before the incident to cover the protests in the city, said he did not bring his own press card to the airport that day because he did not have one.

He borrowed a reflective vest and a press card from his colleagues “in case of an emergency”, but they ultimately failed to protect him.

When asked by the prosecution about his feelings on the incident, Fu said: “Very upset and worried. I felt insulted and a little sad.”

“For one thing, it was because those acts inflicted harm on me,” he added. “For another, I felt their actions differed from what I had expected from Hongkongers, which made me a little disappointed.”

Before the trial started on Tuesday, Lai also pleaded guilty to charges of common assault and obstructing a public officer for poking Fu with an American flag and punching him as paramedics were taking him away.

Ho, meanwhile, pleaded guilty to possessing offensive weapons in a public place after police seized from his car a folding knife, a catapult, 520 metal pellets, two laser pointers and a baton following his arrest.

Fu will continue to give evidence on Thursday.