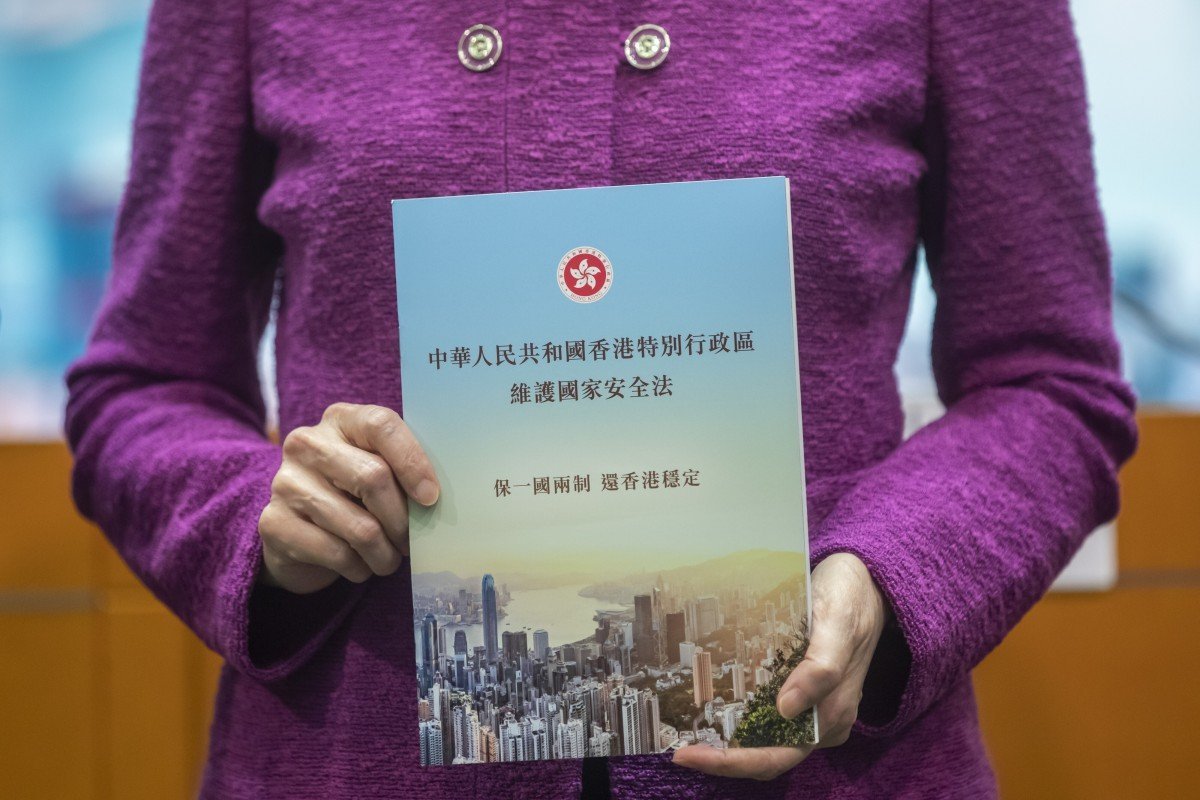 Professor Han Dayuan, of Renmin University, says that while the opposition can criticise government policies, recognition of Beijing’s sovereignty is ‘prerequisite’.

A leading mainland legal scholar has urged Hong Kong to step up education about national security and the constitution to boost patriotism and national consciousness in the wake of a rise in anti-China sentiment in the city in recent years.

Professor Han Dayuan, an expert on the constitution at Renmin University of China’s law school in Beijing, said the issue should be taken seriously, and accused opposition lawmakers of refusing to recognise the mainland’s jurisdiction over the city.

“There are some lawmakers in Hong Kong who refuse to recognise the nation’s sovereignty … or uphold the Basic Law, to the extent that they even promote Hong Kong independence,” Han said on Tuesday, without naming names. “It will not be tolerated in any sovereign nation.”

Han, who is also a member of the Basic Law Committee under the National People’s Congress Standing Committee (NPCSC), was addressing a session on national security during the Basic Law 30th Anniversary Legal Summit, organised by the Hong Kong Department of Justice.

The theme of the one-day, high-powered conference was “Back to Basics”, with legal experts from Hong Kong and the mainland laying out Beijing’s bottom lines for the city and discussing the “one country, two systems” framework and the relationship between China’s constitution and the Basic Law.

“The opposition camp lawmakers can have their own political beliefs and can criticise government policies … but the prerequisite must be that they have to respect the country’s sovereignty and the constitutional order,” Han told the conference via video link.

“It is the basic duty of all citizens and the ethics of public office-holders.”

The former legal chief of Beijing’s liaison office in Hong Kong, Professor Wang Zhenmin, now director of the Centre for Hong Kong and Macau Studies at China’s Tsinghua University, also stressed it was the city’s responsibility to “perfect the legal system” to protect national security. 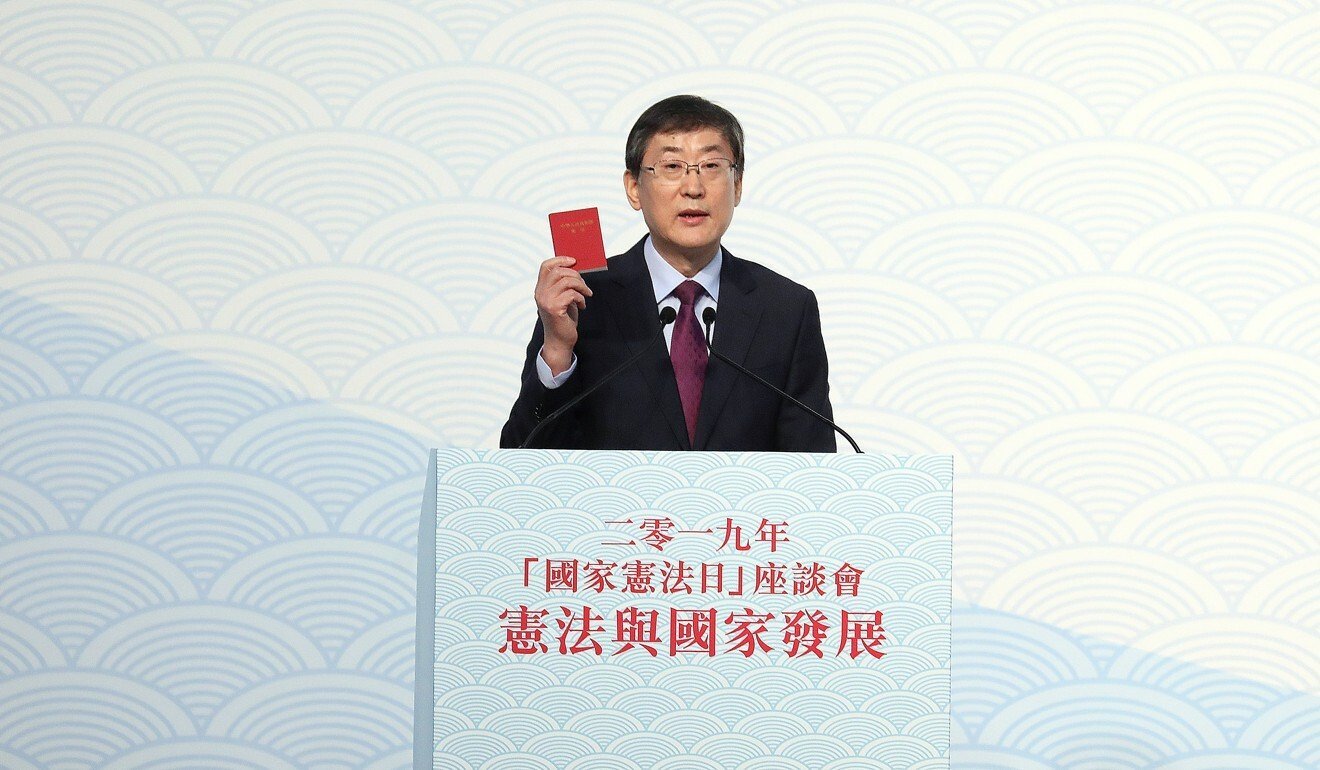 He cited Article 54 of the Chinese constitution, which says “citizens of the People’s Republic of China shall have the obligation to safeguard the security, honour and interests of the motherland”, and must not behave in any way that harms it.

Wang also pointed out the failure of the Hong Kong government to enact national security legislation since the city was returned from British rule 23 years ago.

Macau, which returned to Chinese rule in 1999, passed a national security law in 2009.

“Macau has done its job, and is now perfecting its national security system,” Wang said. “But Hong Kong has not. That is why the central government had to take action.”

The statement was a reference to the sweeping national security law imposed by Beijing on Hong Kong in June following months of social unrest. 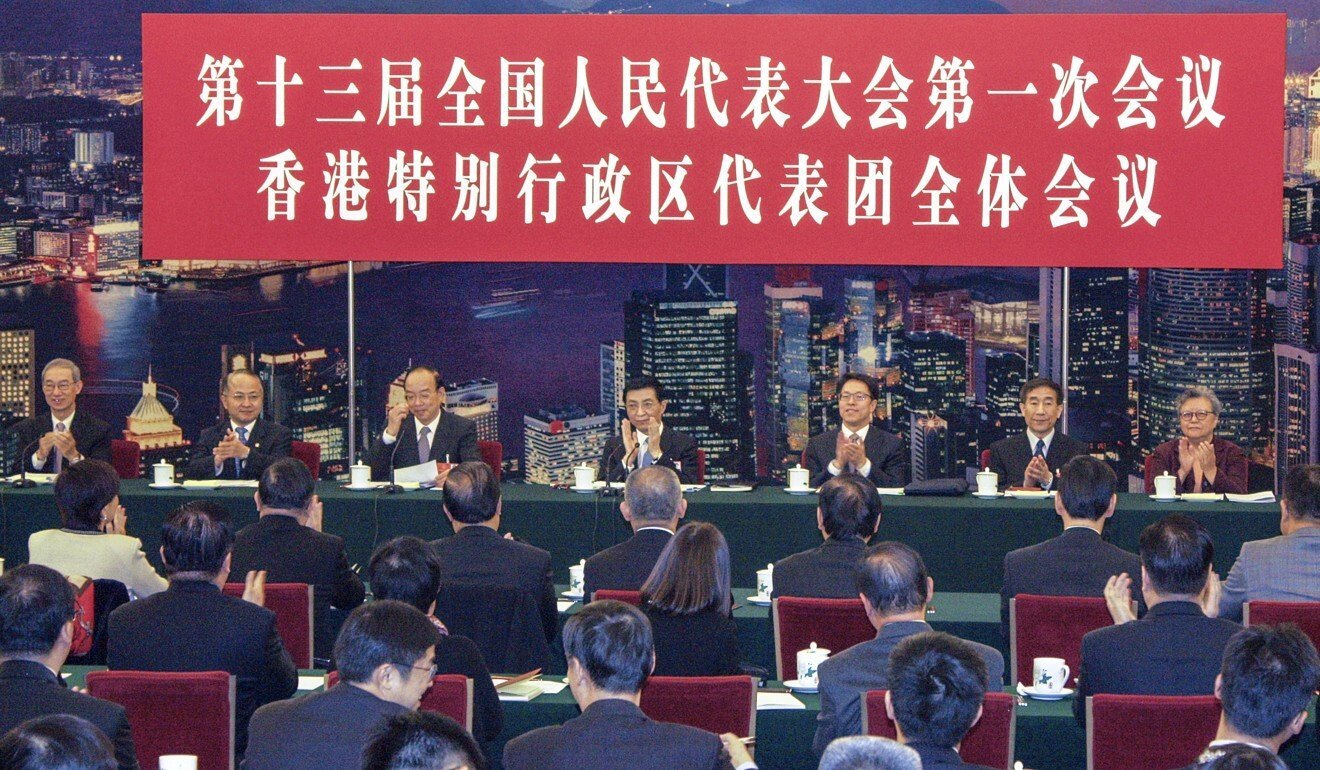 A previous security bill under Article 23 of the Basic Law was shelved by the Hong Kong government in 2003 after some half a million people took to the streets in opposition, fearing civil liberties would be curbed – a common concern voiced in regards to the current national security law.

Beijing officials have said that while the central government had tailor-made a national security law for Hong Kong, the city’s government still needed to enact its own legislation under Article 23.

Zhang Yong, vice-chairman of the NPCSC’s Basic Law Committee, explained to the summit that while Hong Kong’s Crimes Ordinance covered some aspects of national security, such as treason and sedition, it had not yet been updated to reflect the change of sovereignty.

For instance, parts of the ordinance still referred to some anti-government acts as causing harm to “Her Majesty”, Zhang noted.