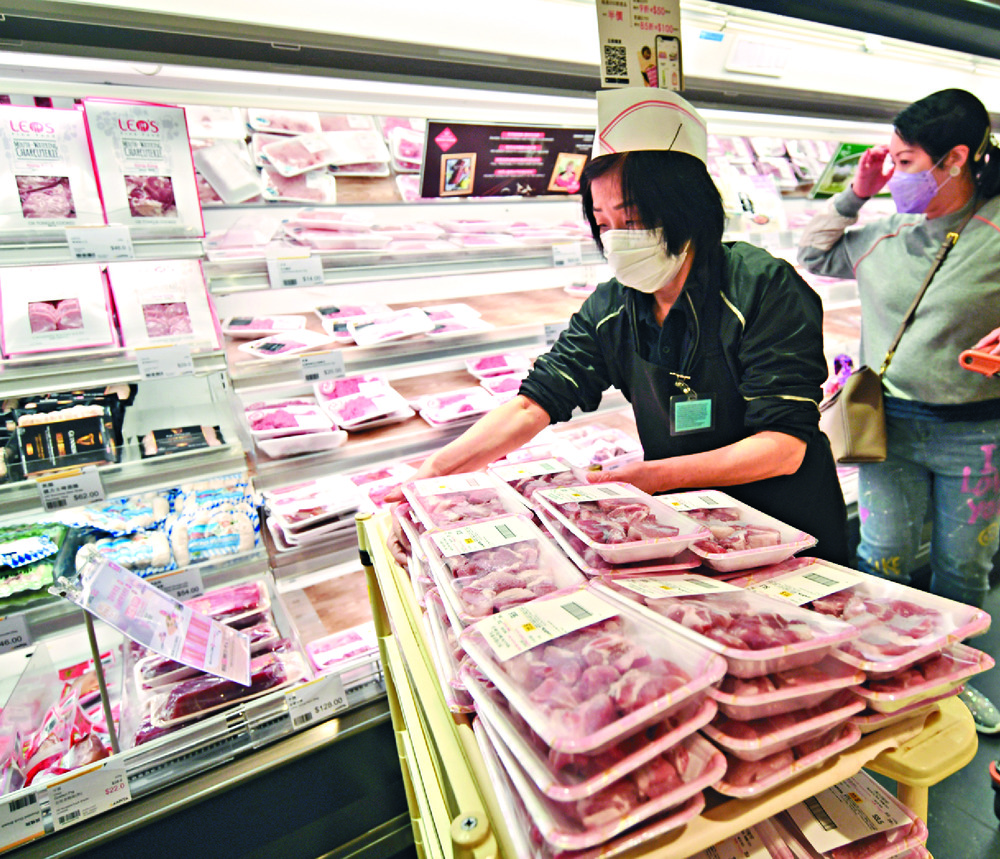 Mainland butchers will start working at Sheung Shui Slaughterhouse today - the first day of the abattoir's reopening after most of its infected workers have recovered.
Sources said 2,000 pigs will be supplied to Hong Kong from the mainland today. The pigs will be slaughtered early tomorrow and hit local markets shortly afterward.

The Food and Environmental Hygiene Department announced in a statement last night that the slaughterhouse will resume normal operation today. The department added that it will set up a designated virus-testing station for abattoir workers in Sheung Shui. It will also supply workers with a sufficient number of rapid test kits for daily use. All 38 mainland butchers, who arrived in the city on Wednesday, will be allowed to work in the abattoir.

Major beef and pork wholesaler Ng Fung Hong expects the supply of fresh pork, beef and lamb to return to normal by tomorrow.

Pork Traders General Association chairman Hui Wai-kin said most of the local abattoir workers have recovered from Covid after a week. He expects that around 70 percent of workers have resumed work. Meanwhile, a government spokesman announced yesterday that the wholesale prices of vegetables have dropped back to normal.

Around 1,900 tonnes of vegetables have been supplied to the market from the mainland, he said, while the average wholesale prices per catty of choi sum and pak choi dropped to HK$7.20 and HK$5.40 respectively - a 30-percent drop compared with the day before.

He added that frozen and live poultry supplies are back to 80 and 60 percent, respectively, of the normal levels.

That came as the Commerce and Economic Development Bureau said the government has identified 140,000 square meters of storage area to house anti-epidemic medical supplies from the mainland.
#Covid
Add Comment