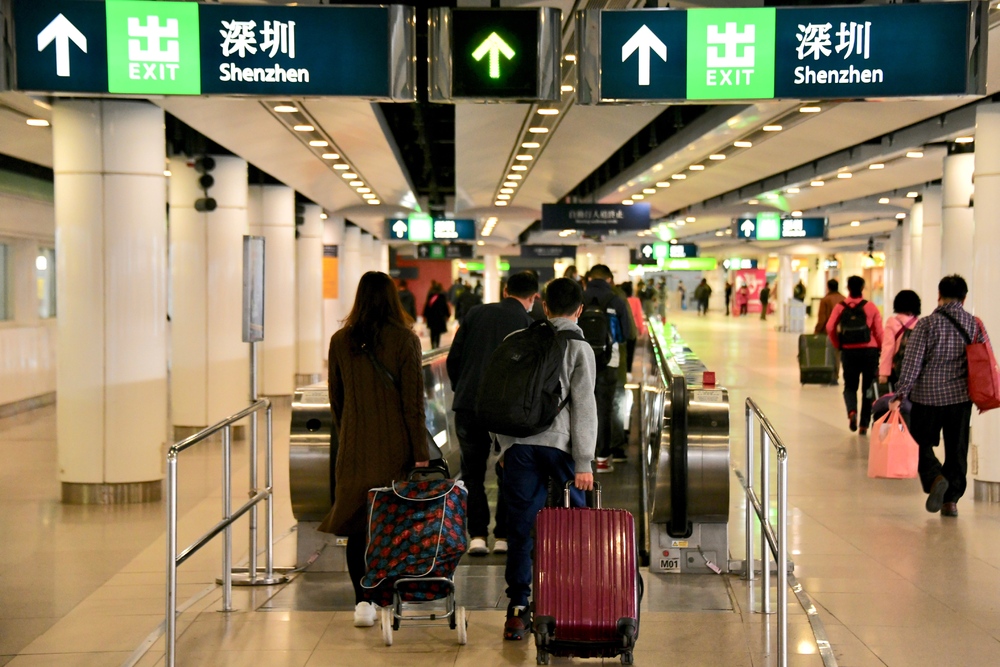 Mainland and Hong Kong are working towards "gradual" border reopening

A State Council official on Thursday spoke in affirmation on border reopening between Hong Kong and the mainland, the first time Beijing made such remarks publicly, hinting a possible resumption of quarantine-free travel with Shenzhen next month the earliest.
The comments came from a Hong Kong and Macau Affairs Office spokesman, who said mainland and Hong Kong are working towards border reopening in a gradual manner, adding Beijing has maintained close communication and exchange of opinions with the SAR.

He acknowledged that the SAR government has been making adjustments to perfect anti-epidemic measures to guard against imported cases and possible local transmissions, in order to meet the target of zero infections.

Mainland and Hong Kong experts met again to study the epidemic situation on both sides and had “deep discussion” on specific measures to prevent cross-boundary transmission, he said: “They have reached much consensus. We can say both sides are working towards gradual border reopening.

A Hong Kong government spokesman said the SAR will continue to strengthen anti-Covid-19 measures to foster favorable conditions for an early resumption of quarantine-free travel with the mainland.

He said a video conference was held on Tuesday between experts and officials from the SAR and the mainland to “further discuss and elaborate on the feedback and information provided by the SAR government in response to the first meeting,” which was held on September 26 in Shenzhen, with Chief Secretary for Administration John Lee Ka-chiu being the leader of the SAR delegation.

The spokesman said authorities will continue efforts towards the goal of zero infections and "guard sternly against the importation of cases and the resurgence of local infections."

“(Authorities) have tightened quarantine exemption categories, introduced LeaveHomeSafe in more places. Hong Kong is doing what mainland has required us to do. All of these indicate a quota-based border reopening scheme may really be coming,” he said.

It was said a quota-based scheme for mainland-Shenzhen travel could take place next month the earliest, almost a year and nine months after borders were closed in February last year.
#COVID-19  #Covid
Add Comment