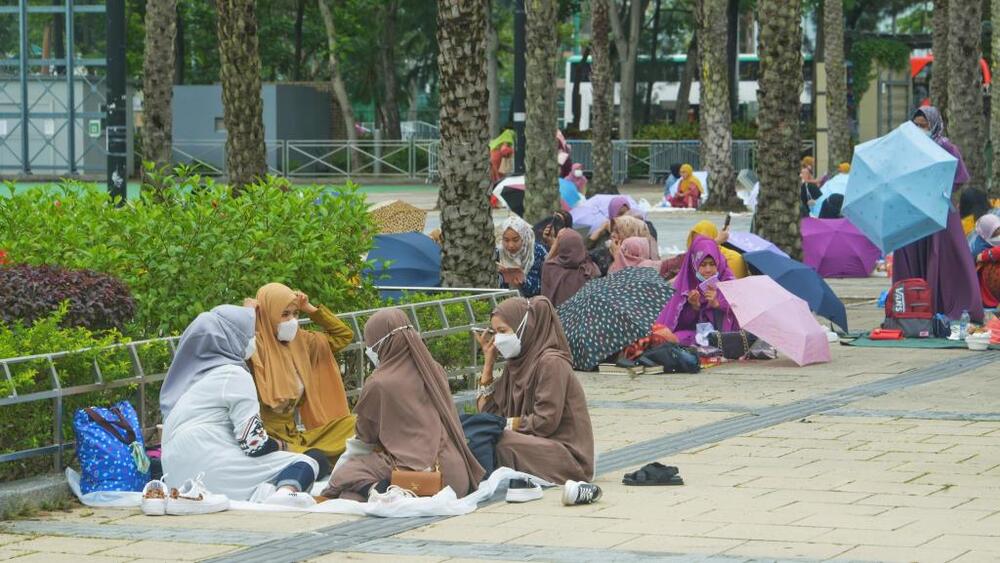 Maids home in on pay jump and food package

The biggest umbrella group of foreign domestic workers - from the Philippines, Indonesia, Thailand and Nepal - wants pay raised to HK$6,014 with a food allowance of HK$3,037.
The leaders of the Asian Migrants' Coordinating Body yesterday held a meeting with Labour Department officers to ask for the pay rise, citing rising costs of living and inflation.

Currently, the minimum wage for foreign domestic workers remains at HK$4,630, after the Labour Department rejected their request in September to increase wages.

"Hong Kong is an expensive city to live in. Helpers who have to send money home to their families are struggling to live a decent life." said Dolores Balladares, an AMCB spokeswoman.

Although some domestic workers are receiving pay rises of nearly HK$2,000 or more due to a pandemic-fueled labor shortage, the union said these increased wages should not depend on a voluntary choice made by employers, but on a decision recognized by the government.

Citing the Hong Kong government's exclusion of about 340,000 foreign domestic workers from its consumption voucher scheme in June, Balladares said authorities' refusal to provide domestic workers with financial assistance was "because of discrimination" and is also why a wage increase is so important.

The group also called on the authorities to regulate working and resting hours for foreign domestic workers, uphold their right to statutory holidays, include them in the government's Covid relief measures and guarantee long service pay after five years of work.

According to its report, many domestic workers worked long hours ranging from 12 to 16 hours a day prior to the pandemic, and now even longer. Balladares said helpers are sometimes pressured to stay at their employers' homes and work even on their rest days due to the pandemic.

In response to a media enquiry, the Labour Department said the government regularly reviews the minimum allowable wage and food allowance for foreign domestic helpers and will take note of the points raised in the meeting.
#Covid
Add Comment