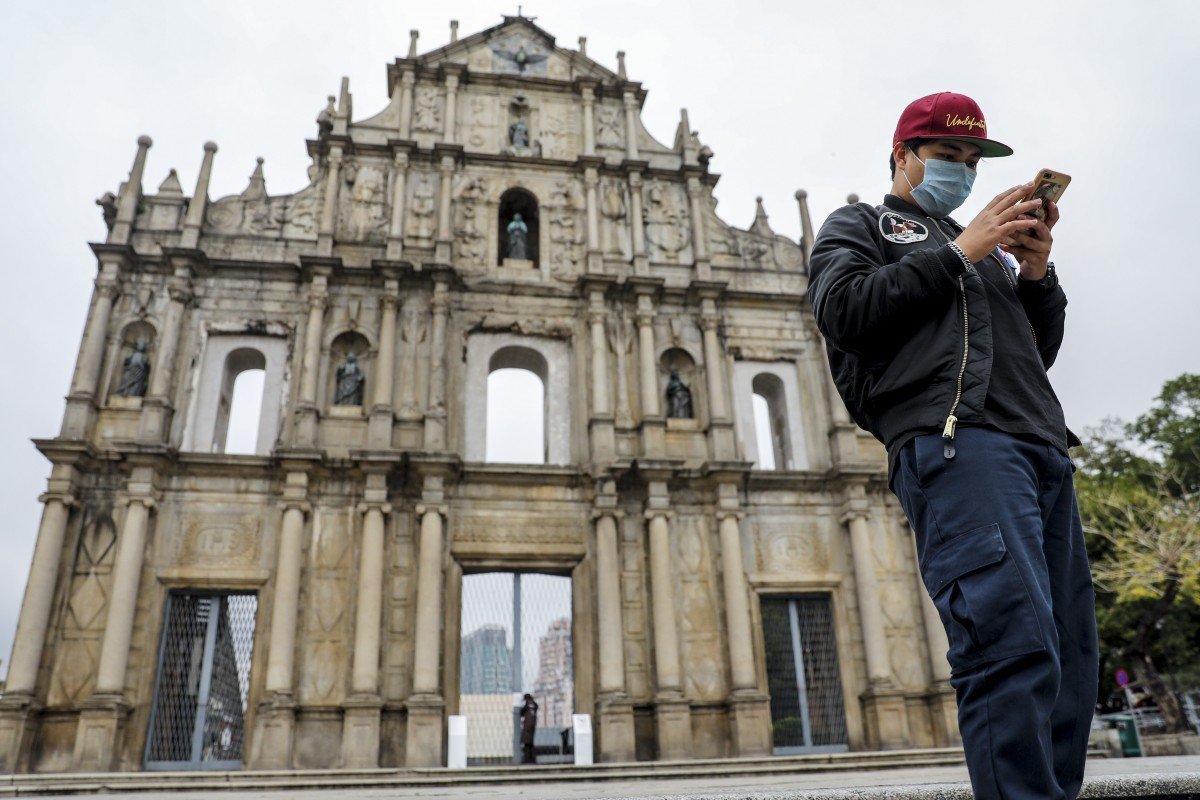 Coronavirus: Macau will give residents 2.2 billion patacas worth of vouchers to boost economy once outbreak is over

Each permanent resident will be given a card with a stored value of 3,000 patacas to boost consumption, Secretary for Economy and Finance Lei Wai-nong says. The casino hub is also setting up a production line in mainland China to address the shortage of masks
Macau will give its residents 2.2 billion patacas (US$274.9 million) worth of vouchers to boost the coronavirus-hit economy and distribute extra medical coupons to deal with the impact of the outbreak, officials revealed on Thursday.

To address a widespread shortage of masks, the casino hub is also setting up a production line in mainland China that will supply the protective gear to the city and other areas in the Greater Bay Area.

“When the coronavirus outbreak is over, the government will invest around 2.2 billion patacas in vouchers to revitalise consumption,” Secretary for Economy and Finance Lei Wai-nong said, while announcing a series of relief measures, including tax cuts.

He said each permanent resident would be given a card with a stored value of 3,000 patacas that would be valid for three months.

“It can be used for catering, retail or groceries, but only in Macau,” he said. “The intention is to help enterprises survive through consumption.”

Lei added there would be a 300-pataca cap on spending, meaning the card would have to be used at least 10 times.

“I hope the consumption will benefit medium and small-sized enterprises.”

The permanent residents will also get an extra medical coupon worth 600 patacas this year, Lei said.

The city has 10 confirmed cases of the deadly new illness known as Covid-19, while three have been cured, the latest being a 57-year-old woman from Wuhan in mainland China discharged on Thursday afternoon.

Lei Chin-ion, director of Macau’s Health Bureau, said the city had no new confirmed cases in the past nine days due to the government’s stringent measures in response to the outbreak.

After Macau confirmed its first case, the government launched a rationing system to prevent people from hoarding surgical face masks. Residents could buy only a maximum of 10 surgical masks every 10 days at designated pharmacies.

“We need to keep it up,” Lei said. “The number of cases in Hong Kong, Zhuhai, and other cities in Guangdong province are increasing. We need to be careful.”

Secretary for Social Affairs and Culture Ao Ieong Iu said: “We are setting up the production line for masks through a local team. We hope in the fourth round of the government’s mask rationing, the new production line will be able to provide masks to Macau residents.”

She said the details of the fourth round of mask distribution and the production line would be disclosed later.

Macau’s Chief Executive Ho Iat-seng earlier suspended casinos and 18 other types of premises – including bars, cinemas, and massage parlours – for 15 days from February 4 to contain the spread of the virus, after a hotel worker was found to be infected locally.

The world’s largest gambling hub has 41 casinos and employed more than 57,000 full-time staff in 2018, according to official figures.
#COVID-19  #Covid  #Coronavirus
Add Comment