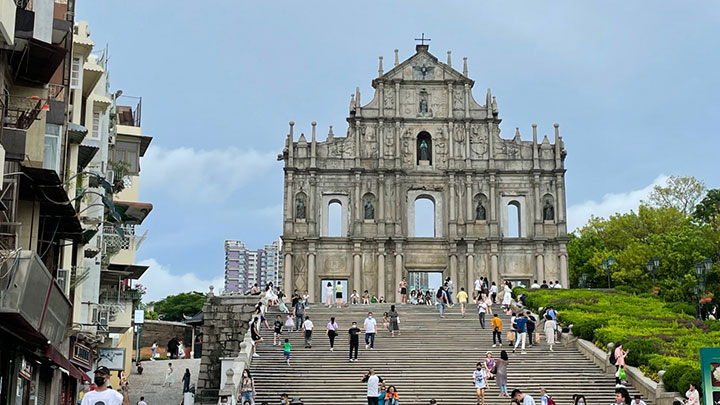 Macau reported virus infections for the first time in eight months just days after easing visitor quarantine requirements. As the number of local infections further rose to 21, authorities said all public sectors will shut down for two days starting Monday, while schools will close for at least three days.
Health Director Alvis Lo Iek-long said as of 4.15 pm on Sunday, together with the 12 cases announced in the morning, the number of confirmed cases has risen to 21, involving 16 women and 5 men, aged between eight months and 89.

All public departments will close on Monday and Tuesday, except for those providing emergency and essential services.

Meanwhile, schools in Macau have been closed from today. Education chief Kong Chi-meng said the duration of closure depended on the development of the pandemic and the results of the mass testing.

He said mass testing required school sites and staffers to assist, so classes have to be suspended for at least the next three to four days, probably a week. He stressed that safety was the primary consideration of class resumption.

Health authorities undertake mass Covid testing of residents from noon today to June 21, which required all residents and people staying in Macau to cooperate.

In addition, those whose health QR codes were yellow or red were not allowed to take buses, cabs and light rail.

Macau chief executive Ho Iat-seng said that given the concentration of confirmed cases and the unknown source of infection, it was necessary to cut transmission chains in the community as soon as possible.

The government called on all establishments except supermarkets and markets to suspend business, while restaurants could only operate for take-out. Citizens were also recommended to avoid going out.
#Covid
Add Comment