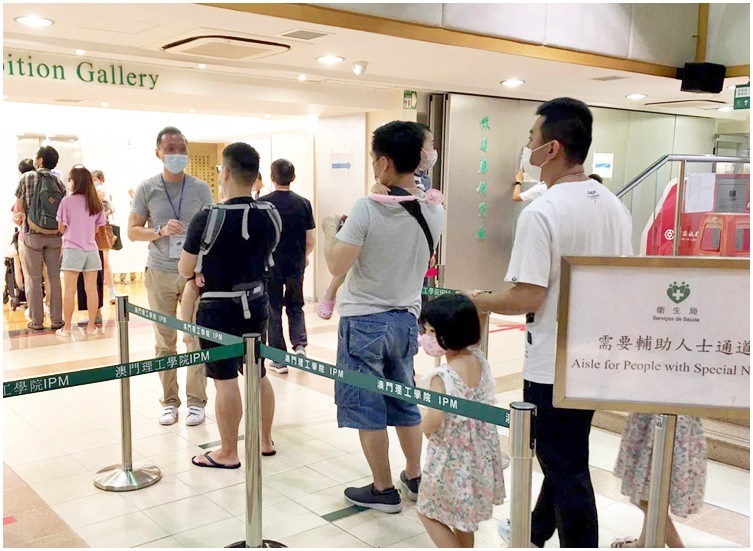 A man in Macau, who didn't undergo Covid test in the previous round of compulsory testing, assaulted two Customs officers when he was waiting to undergo the test.
Earlier a family of four tested positive for the Delta variant of Covid-19, triggering a city-wide three-day compulsory testing in Macau.

The man was arranged to undergo Covid test as health officials suspected that he had been to places visited by the patients or their close contacts.

On Tuesday at the testing center at Taipa Ferry Terminal in Macau, the man acted rigorously when waiting to undergo compulsory testing. He insulted and pushed away Customs officers who were there to maintain order.

He even ignored warning and rushed out of the waiting zone, assaulting two officers. One of the officers saw his face injured and his glasses broken.

Macau law enforcement said the man was suspected of resisting officers, threatening, insulting officers, property damage and defying orders. He could be sentenced to up to five-year imprisonment. Law enforcement also said it will continue its criminal investigation.