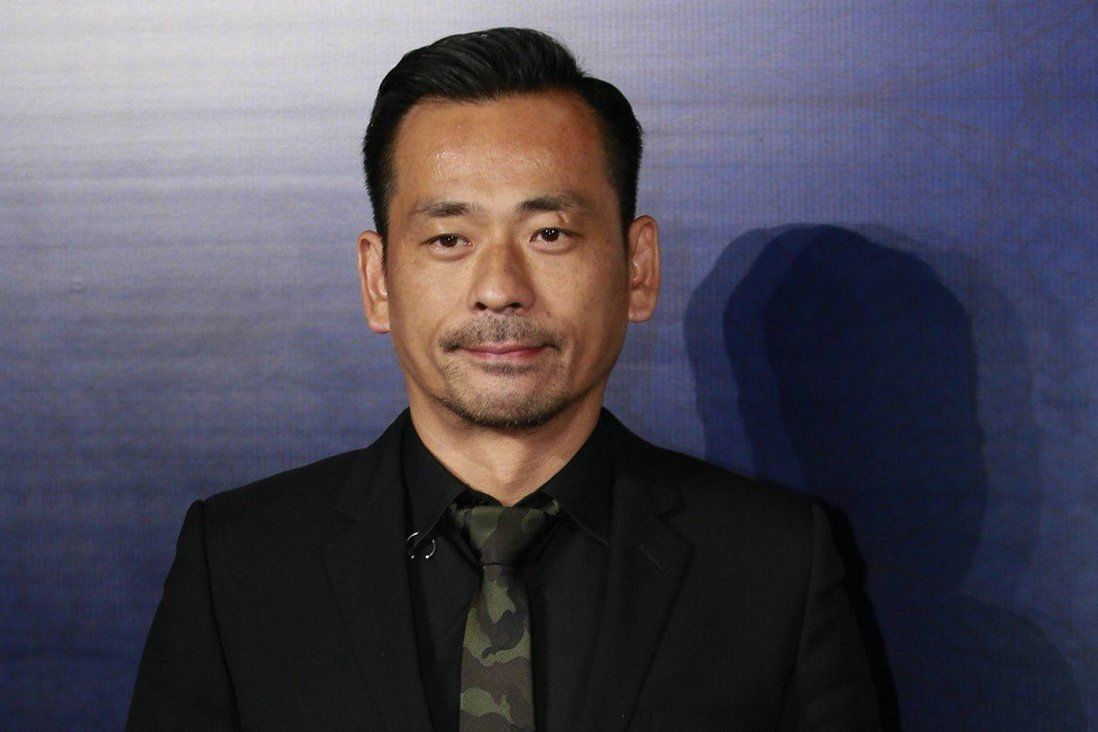 Alvin Chau Cheok-wa, the head of Macau’s biggest casino junket operator, and 10 others have been arrested over their alleged links to illegal cross-border gambling and a money-laundering syndicate.

The city’s judiciary police told a press conference on Sunday they had detained a group of nine men and two women as part of an investigation launched in August 2019 into the setting up of gambling platforms outside Macau and the luring of mainland Chinese into betting illegally online.

Without giving his full name, police said a 47-year-old Macau businessman surnamed Chau was among the arrested. They described Chau as the head of the syndicate. Another of those held was said to be a Hong Kong resident.

Chau, the CEO of gaming and hospitality investor Suncity Group, was questioned by Macau police on Saturday after mainland authorities a day earlier issued an arrest warrant over his suspected involvement in running illegal cross-border gambling activities.

Police on Sunday said the case would be transferred to the city’s Public Prosecutions Office for further investigation and handling, stressing it would be dealt with in accordance with Macau law and refusing to be drawn on the mainland arrest warrant.

Force spokesman Chong Kam-leong maintained the arrests were unrelated to the mainland warrant but said: “Macau police have always been cooperating with law enforcement agencies elsewhere to exchange intelligence.”

province, have accused Chau of being in charge of a gambling syndicate that “causes severe damage to the social order of the country”.

Chau, together with a person named Zhang Ningning, is also suspected on the mainland of setting up casinos there.

The syndicate is alleged to comprise 199 shareholder-level representatives and more than 12,000 agents tasked with promoting gambling, and is said to have developed a network of more than 80,000 Chinese bettors, according to the Wenzhou authorities.

Announcing the issuance of the arrest warrant for Chau on its Weibo account on Friday, Wenzhou’s public security department revealed it had been investigating the allegations since July last year, and urged him to “surrender as soon as possible” to secure a lenient punishment. 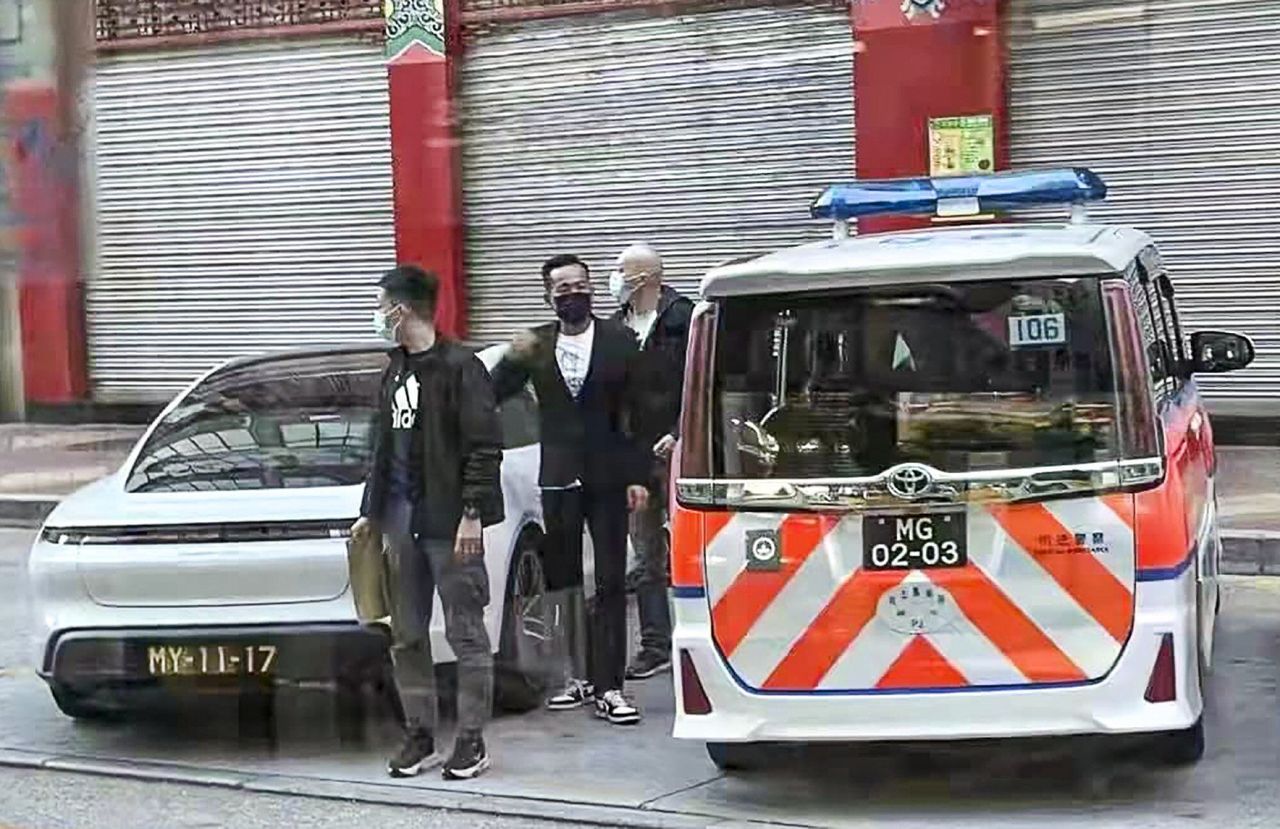 Macau police take Alvin Chau in for questioning on Saturday

Chong said Macau police had launched their probe more than two years ago after receiving intelligence indicating that Chau was using his VIP junket business in the city to establish gaming operations elsewhere, and was trying to entice mainlanders into online gambling.

The funds from those operations were then transferred through underground channels, Chong said.

“On interrogation, the arrested admitted they had been involved in the setting up of gambling platforms overseas but were not cooperative in other aspects,” he added.

Asked about the timing of the arrest, Chong said: “Macau police had proactively collected intelligence and launched an investigation in August 2019. And a task force was set up in April 2020 to follow up the case. When the time was ripe, we took action on November 27 and 11 people were taken into custody.”

Chong also revealed police had raided an office in Macau’s New Outer Harbour Area and a house in Coloane.

Computers, servers, electronic storage devices and about 3 million patacas (US$373,427) in cash were seized during the arrests.

Chong declined to go into further details about the case, saying the investigation was continuing.

Chau, who was born in Macau in 1974, is also chairman of Hong Kong-listed Suncity Group Holdings Ltd, a developer of resorts in Asia.

All forms of gambling, except state-run lotteries, are banned on the mainland. Gambling is permitted in Macau but tourists must have a visa to enter.

Suncity Group is the largest junket operator in Macau, with a market share of 40 per cent, according to an industry insider. Junket operators are go-betweens who bring high rollers to play at casinos, extending them credit and collecting on their debts.

Chau has grown Suncity from operating high-roller tables in Macau casinos into a sprawling conglomerate with thousands of employees and interests ranging from property development to travel and resorts. He recently made it into seventh place on a list of the 50 most powerful people in Asian gaming compiled by media group Inside Asian Gaming.

In 2019, Suncity was singled out for criticism by mainland state media, which said online gambling could harm China’s social economic order. Chau denied the allegations at the time.

The crackdown on the syndicate was believed to be related to President Xi Jinping’s decision to clean up underground gaming, an industry involving trillions of yuan and illegal lending. Beijing saw it as a financial security issue with huge amounts of money involved in underground gambling and online gaming.

Beijing, meanwhile, has also been trying to dilute Macau’s reliance on the gambling industry. Under the central government’s Greater Bay Area scheme, Macau is to develop as a world-class leisure centre and a commerce and trade cooperation service platform.

Political scientist Bruce Kwong Kam-kwan of the University of Macau said the timing of the arrests would inevitably lead people to suspect police were taking orders from the mainland.

“But I believe it was just a coincidence. As the Macau judiciary police explained, this case was investigated on their own initiative and they judged that the time was ripe to take action,” he said. “If the judiciary police can provide more explanations later, it will be more able to relieve the public’s doubts.”