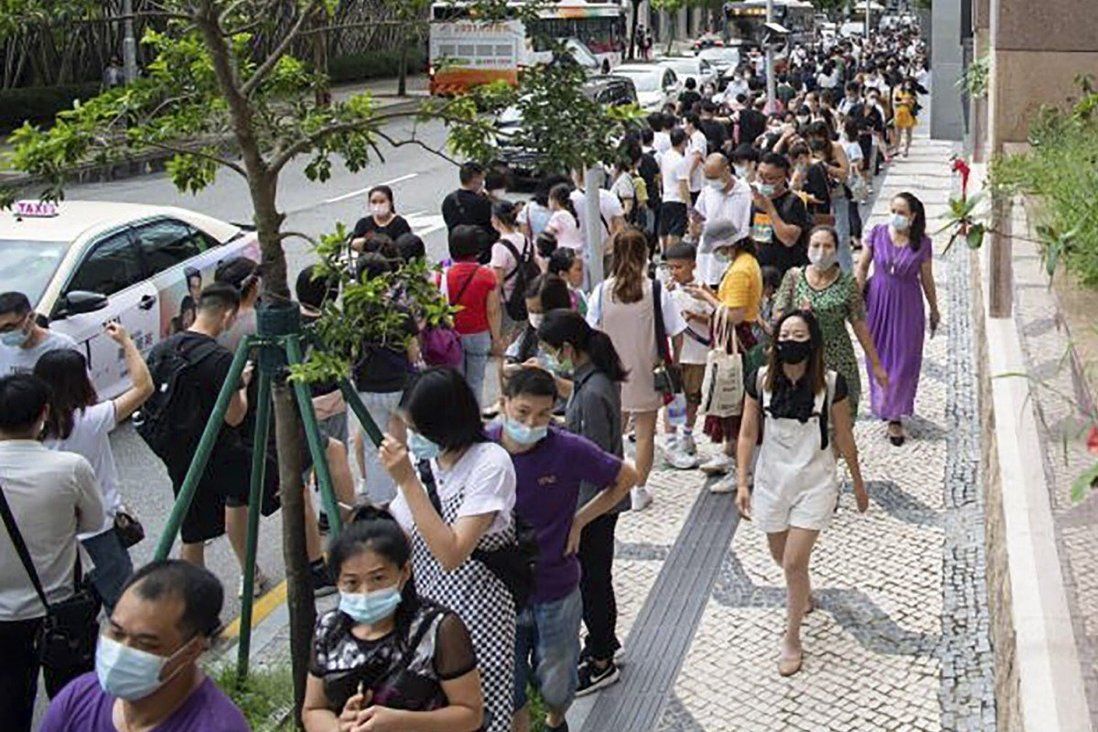 Residents complained about the government’s poor planning as long queues formed outside test centres and the health app crashed.

Macau leader Ho Iat-seng has apologised for the chaos and confusion over the city’s universal Covid-19 testing scheme, which he blamed partly on the abrupt border policy changes overnight by the neighbouring mainland Chinese city of Zhuhai.

Macau authorities on Tuesday night called for the city’s estimated 680,000 residents to take a Covid-19 test within three days, starting from Wednesday.

The announcement came after the gaming hub’s 491-day record of having no infections ended when a family was confirmed to have caught the highly infectious Delta variant of Covid-19.

But anxious residents began waiting outside the 41 test centres before dawn, resulting in long queues throughout the day.

At the test centre at Macau Pui Ching Middle School, there were constantly more than 100 people in the queue the whole morning.

One woman told TV reporters: “I came around 6am and am still in the middle of the queue after waiting for more than three hours.”

Another resident complained: “Some people who have not made bookings online for the test just showed up to queue. It is totally unfair to us who have made advance bookings. It is a total mess.” 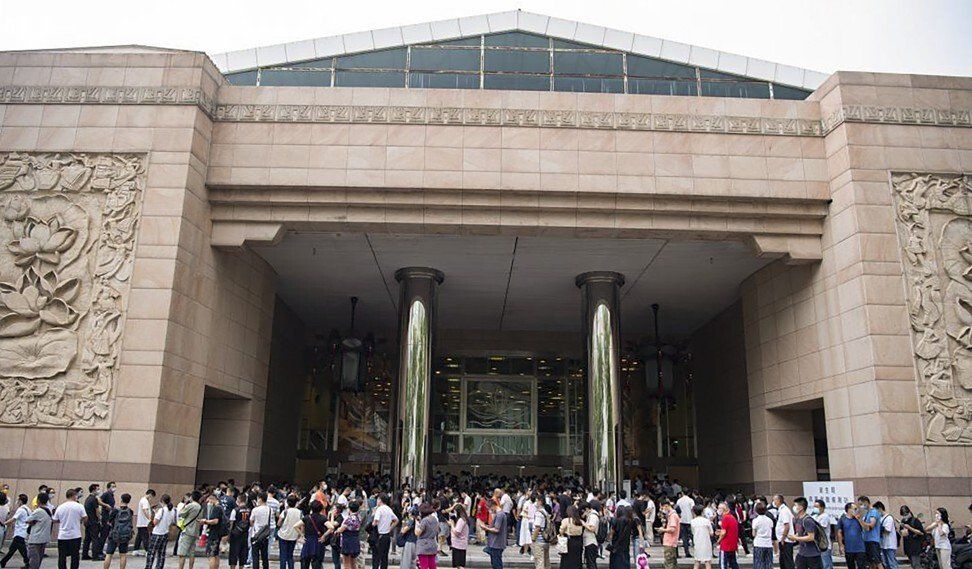 An 80-year-old woman, who showed up with her 90-year-old husband, broke down after learning they had been in a wrong line.

“We waited for hours but were told by the officers that we were in the wrong queue. They asked us to go to line up elsewhere,” she said. “What have we done to deserve this treatment? Can the government not make more sensible arrangements?”

Others said that only Chinese-language notices were put up at the centres.

The Covid-19 test is essential for Macau residents because a negative nucleic acid test certificate – which is saved in the official health code mobile app – is needed for those who plan to leave and enter Macau through Zhuhai or other checkpoints.

Residents also need the app to generate a colour code under the health code system to enter most public places and access public services.

But it crashed throughout the morning.

There were also reports that residents had started emptying shelves at supermarkets.

The scenes of chaos were rare as Macau has been regarded as a model example in containing Covid-19. Tourism has bounced back in the casino hub since May. It has repeatedly snubbed Hong Kong for a “travel bubble” between the two cities to keep residents safe. 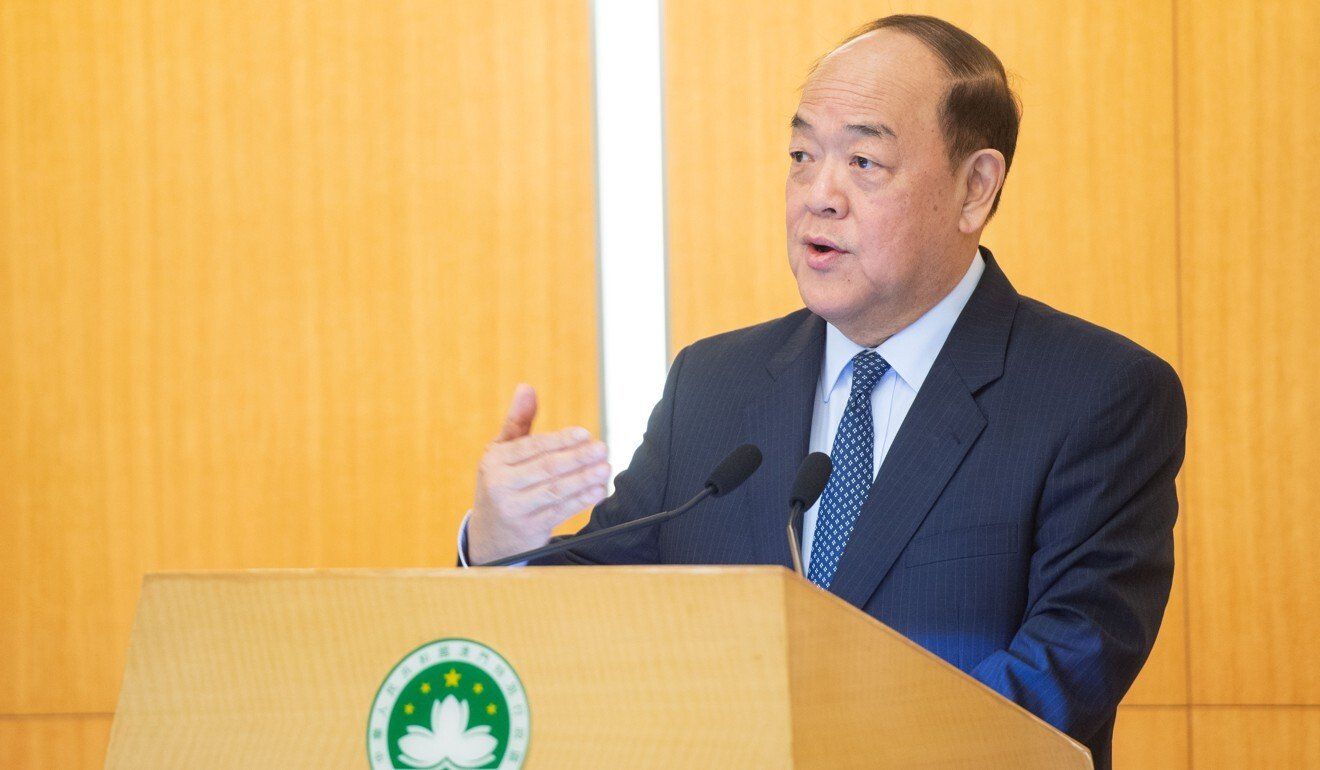 In a press conference on Wednesday, Ho accepted responsibility for the confusion. “I have to say sorry to all residents,” he said.

Ho said the app crashed because officials had rushed to update the software when Zhuhai tightened its border rules to require travellers entering or departing the mainland city to present negative Covid-19 test results issued within 12 hours, instead of 24 hours.

“They changed it suddenly. So we had to make the corresponding change and update the system software,” Ho told reporters.

“But some problems occurred when we did the update. It is out of our control. If not for Zhuhai’s changes, we should have been running smoothly.”

The app was reportedly fixed around 3pm on Wednesday.

Macau upgraded its epidemic prevention measures on Tuesday after a local family of four was confirmed to have caught the Delta variant of Covid-19. The parents were said to have been vaccinated.

Ho said he hoped to contain the local Covid-19 situation within 14 days, so that “normal life” could resume. But the government would call for another round of universal tests if needed, he said.

It was first reported by the Zhuhai health authorities that a couple from Macau had tested positive for Covid-19 there. They returned to Macau on Monday.

The couple’s son and daughter subsequently tested positive for the Delta variant.

It was believed the 12-year-old daughter – who had gone to Xian via Zhuhai last month on a study tour – was the source of the outbreak. She reportedly showed symptoms while in Xian but did not report them to the health authorities before returning to Macau on July 25.

Macau has classified the daughter as an imported case and her three family members as import-related cases.

The authorities also told the Hong Kong government that a close contact of the daughter had returned to Hong Kong with two family members on Monday, triggering an epidemiological investigation and compulsory testing in multiple places in Jordan and Tsim Sha Tsui.