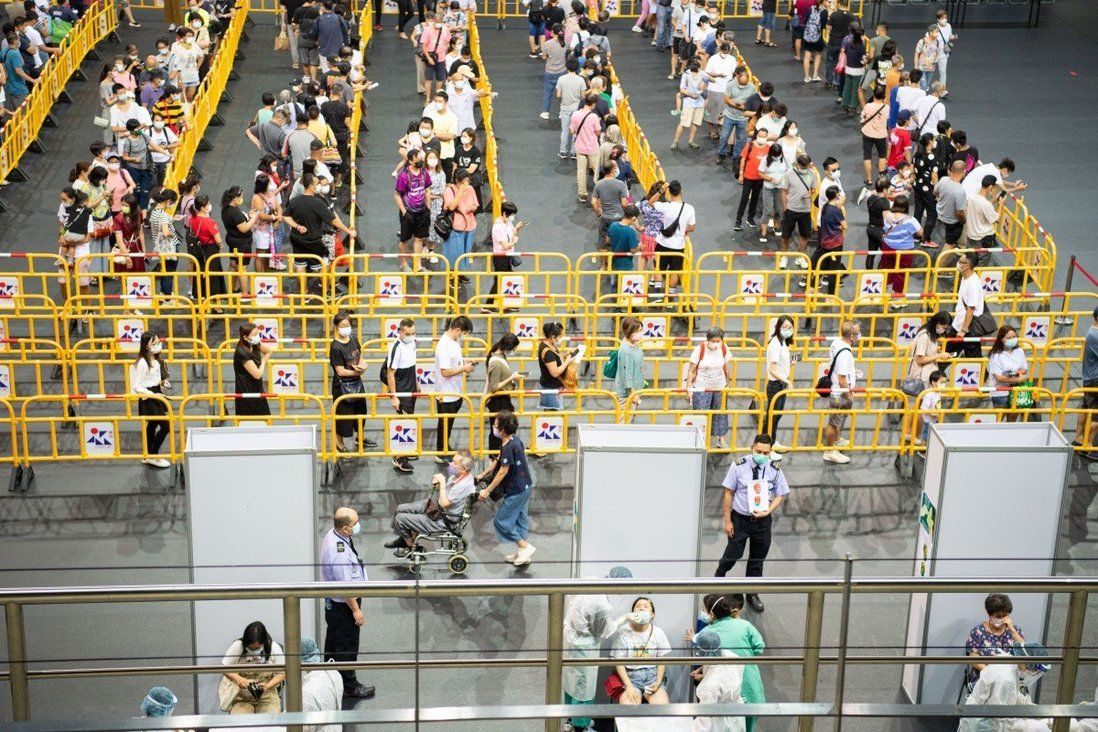 One patient, 46, was fully vaccinated and usually crosses the border from Zhuhai to work; two others later revealed as also infected.

Three local Covid-19 infections involving construction workers have once again plunged Macau into citywide compulsory testing, with thousands of commuters also left stranded at its border with Zhuhai after a quarantine-free travel scheme was suspended hours before its planned resumption.

Macau authorities first reported on Monday morning that a cross-border construction worker had tested positive, and hours later his colleague and a Vietnamese labourer who had worked in the same places were also confirmed as infected.

Vaccinated travellers coming to Hong Kong via Macau will still need to be isolated at home for 14 days, while those who have not been jabbed will undergo seven days of quarantine. 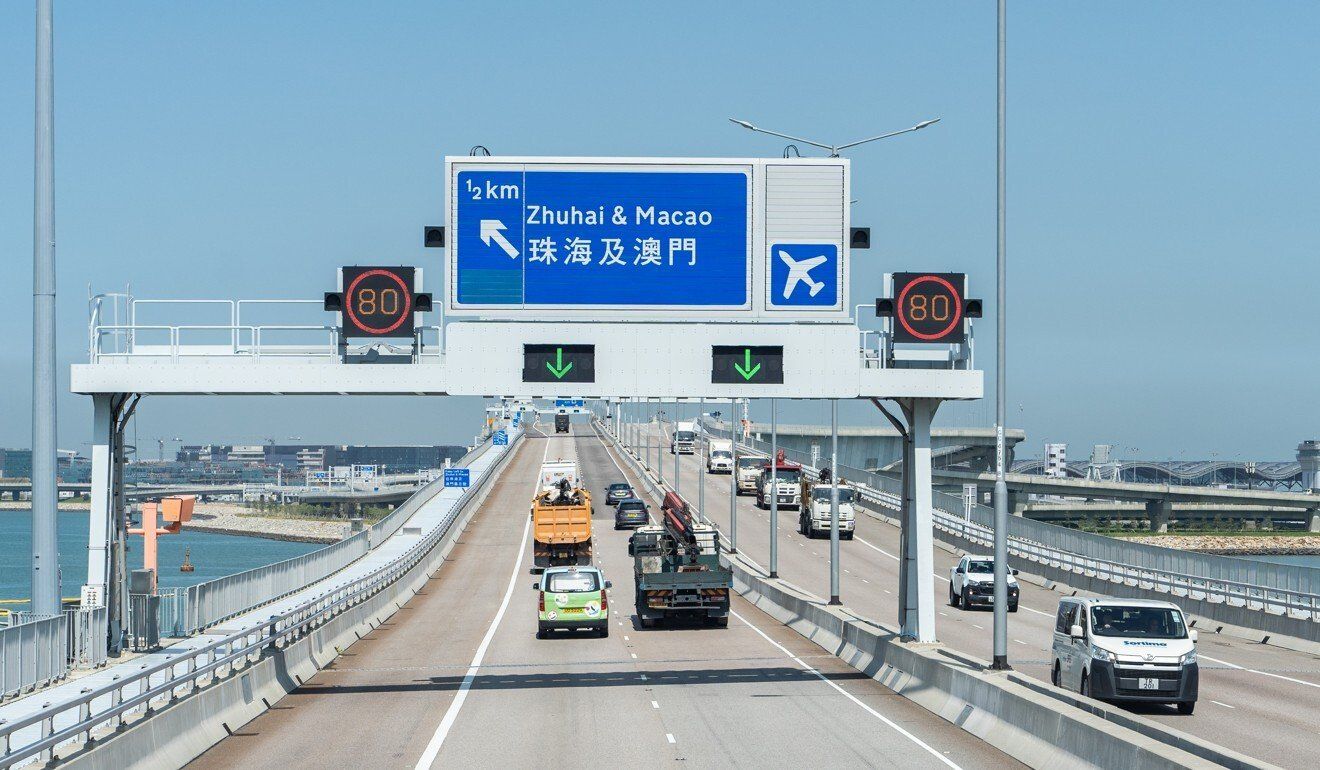 Vehicles near the Hong Kong-Zhuhai-Macau Bridge.

“At the moment, the risk of transmission exists in the Macau community,” he said. “I urge residents to stay home and reduce unnecessary activities.”

Macau residents woke up to the news that a 46-year-old construction worker, who lived in Doumen district in Zhuhai and usually crossed the border to work in the city, was confirmed to have Covid-19.

He had stayed in three different hotels in Macau since September 26 after Zhuhai required arrivals from the casino hub to quarantine for two weeks. He had tested negative for the virus as recently as September 28 and 30, and had been fully vaccinated in April and June with the Chinese-made Sinopharm vaccine.

Lo said a citywide mandatory screening – to last for three days – was set to begin at 9pm. It came a little more than a week after officials ordered all residents to take a test on September 25, following the infections of three quarantine hotel workers. 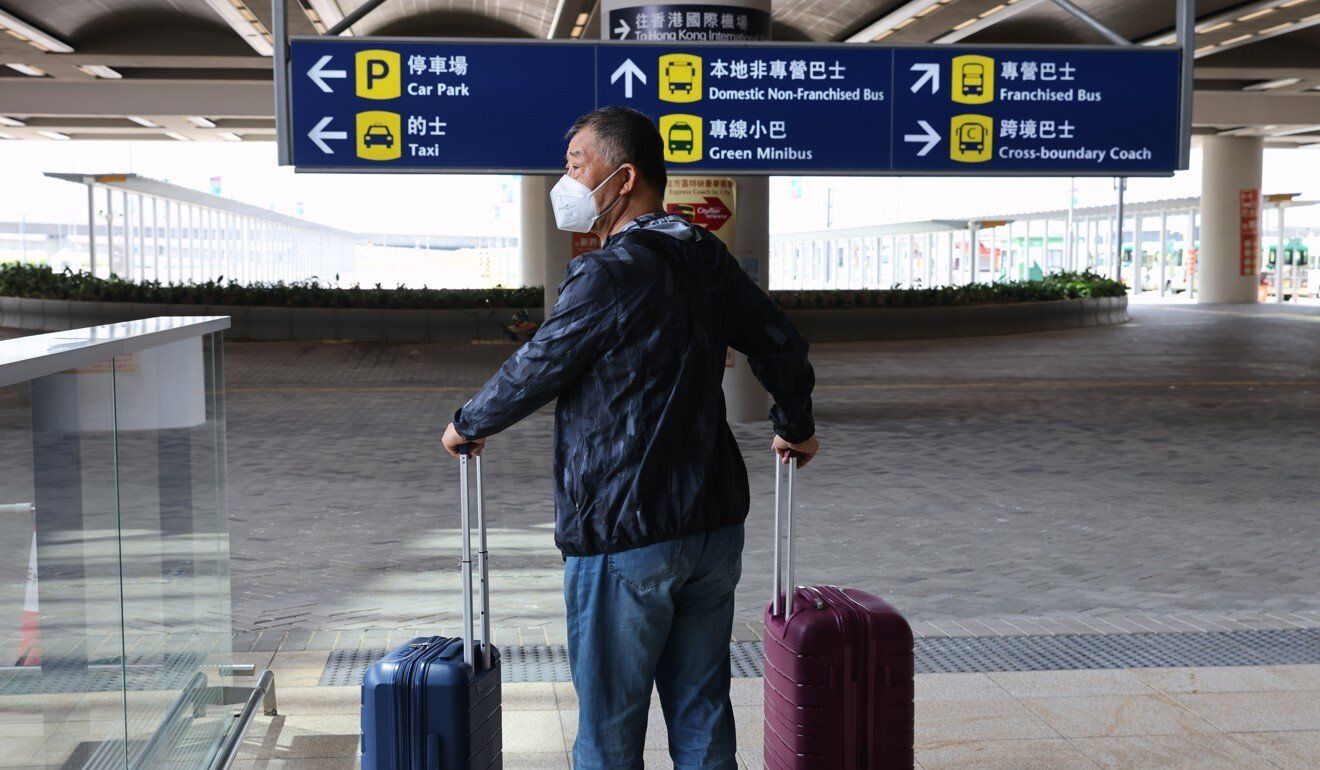 Vaccinated travellers coming to Hong Kong via Macau will still need to be isolated at home for 14 days, while those who have not been jabbed will undergo seven days of quarantine.

The sudden revelation threw plans into disarray, as the quarantine-free travel scheme with Zhuhai had been due to restart in the afternoon. The Macau government had previously incurred the wrath of cross-border workers and families after failing to reach an agreement to resume the scheme on National Day.

Students, who had just returned to school following the resumption of classes, learned that lessons were now put on hold again. Some parents had to pick up their children from school.

There was no announcement from the Hong Kong government on the “Return2HK” and “Come2HK” schemes for arrivals from Macau, which had been suspended since September 25.

Hong Kong authorities, meanwhile, said they had reached an agreement with the South African government to recognise its vaccination records, so that inoculated travellers from the country could enter the city from Wednesday, subject to a 21-day quarantine.

In a separate development, MSD, the pharmaceutical company that made the world’s first Covid-19 antiviral pill along with Ridgeback Biotherapeutics, told the Post that it had received an inquiry from the Hong Kong government about the drug.

It added it would provide its latest data to the city’s government experts and remained in close contact with the Department of Health and the Hospital Authority, but did not say whether an agreement to supply the medication, known as molnupiravir, was in the works.