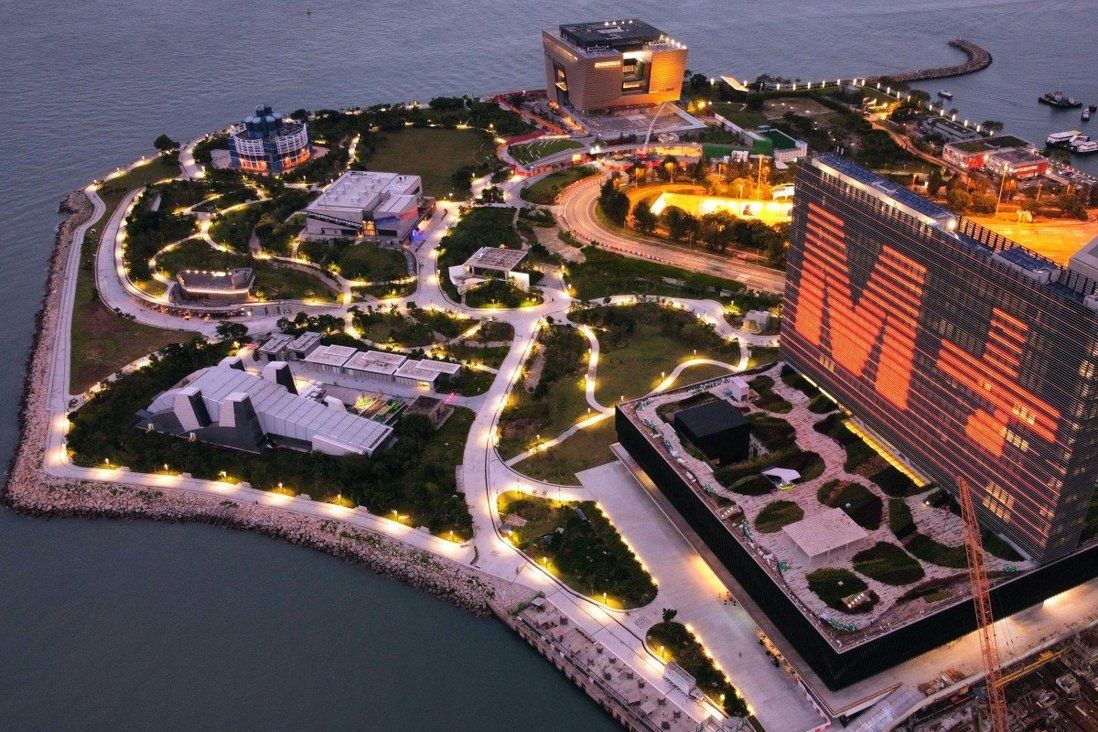 M+ museum: what to see at the jewel in Hong Kong art’s crown

After a wait of almost 20 years the building finally opened on Friday attracting more than 11,000 people. In no particular order, here are some of the highlights according to early visitors and art critics

Many Hongkongers grew up knowing about an ambitious yet distant plan to develop the harbourfront in West Kowloon into a cultural hub, with a museum of visual arts being the crown jewel of the monumental project. After a wait of almost two decades, the M+ finally opened on Friday, attracting more than 11,000 people. The museum is showcasing six exhibitions consisting of 1,500 works from its collection of 6,413 pieces. The Post spoke to early bird visitors, art critics and our specialists to create a list of their favourite must-see items, given here in no particular order. 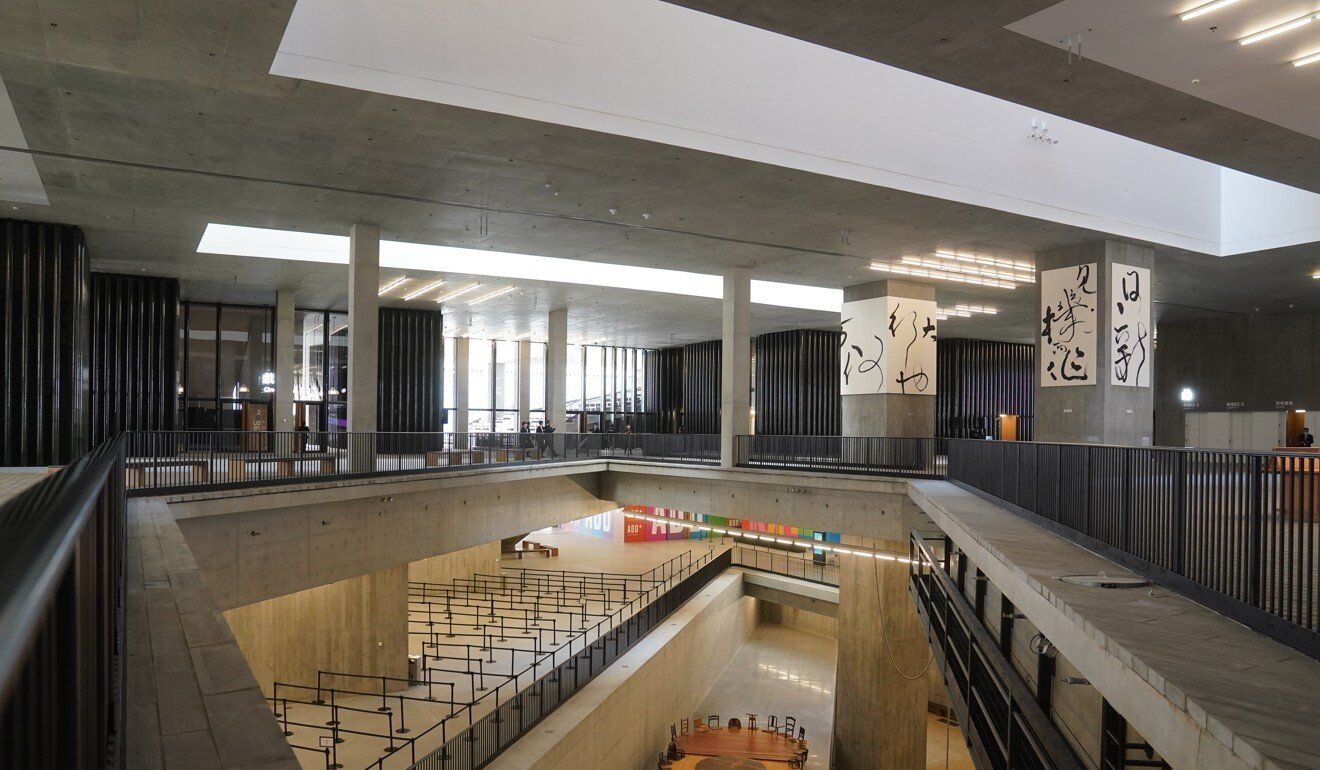 The building was designed by Herzog & de Meuron, the Swiss firm behind London’s Tate Modern and the Bird’s Nest stadium in Beijing.

The M+ building itself

The megalithic structure in the shape of an inverted T is a visually arresting work in itself. The shimmering dark-green glazed ceramic tiles covering the exterior change colour according to the weather, offering a unique addition to Hong Kong’s skyline of glass and steel skyscrapers.

Herzog & de Meuron, the Swiss firm behind London’s Tate Modern and the Bird’s Nest stadium in Beijing, won the design contest for the building, with the jury describing the concept as a “memorable design that draws power from the simplicity and clarity of its parts”.

The building had a carefully constructed internal layout, the jury said, which they felt invited the public into a space that would be easy to understand and navigate. Natural light from the ceiling windows floods the central atrium, reaching all the way down to lower floors. 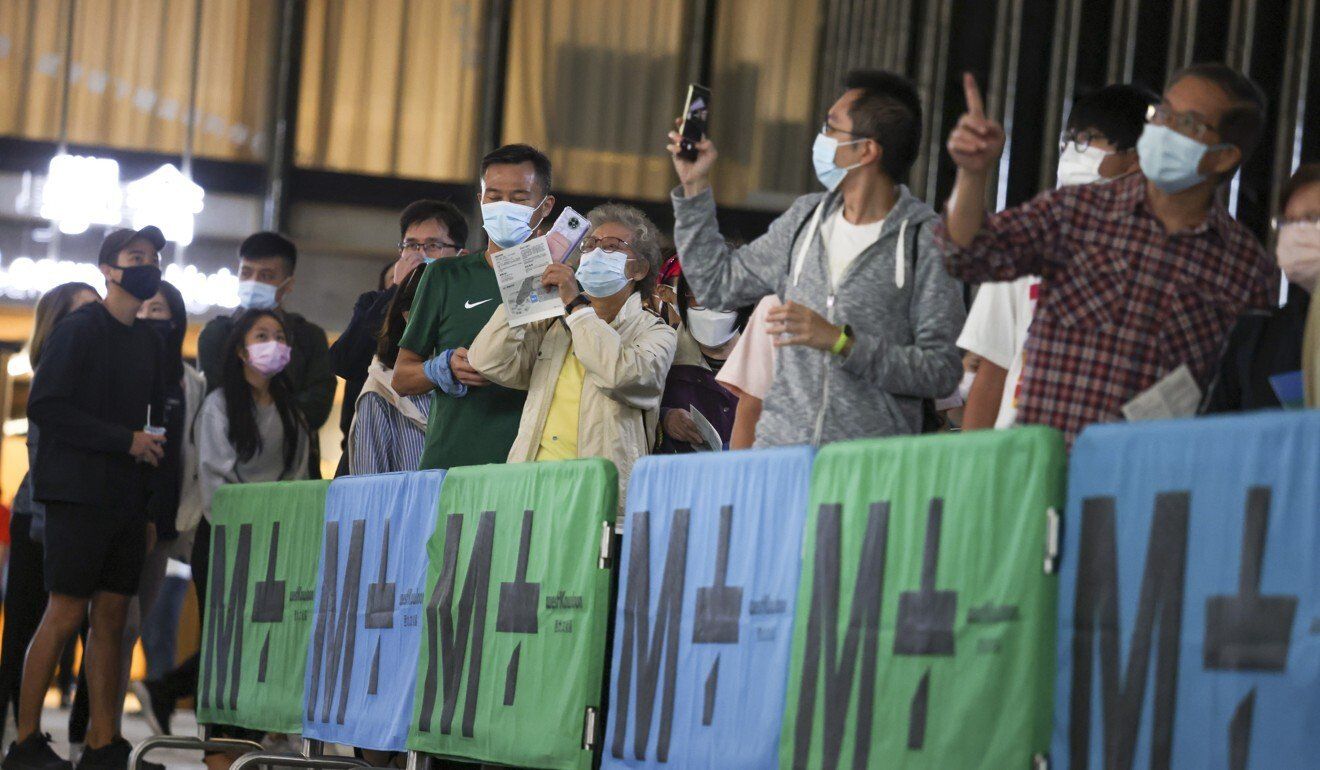 But those who do not appreciate the architectural design of M+ called it bland, gloomy looking and found the colour did not easily translate into pictures.

Don’t forget to check out the toilet on the ground floor too. Yes, you got it right. From what we saw on social media, images of washrooms are being taken (with no people in it, relax) too. The walls are covered in bright green tiles, a reference to bamboo, which echoes the terracotta cladding of traditional Chinese roof tiling.

In 2012, Swiss businessman and art collector Uli Sigg, a former ambassador to China, donated his collection to the museum. The 1,510 pieces, spanning from the 1970s to the 2000s, are widely recognised as the world’s most comprehensive collection of Chinese contemporary art.

The collection is indeed massive and can take days to appreciate. But for many first-timers, they made a beeline to look for works known for their political undertones. 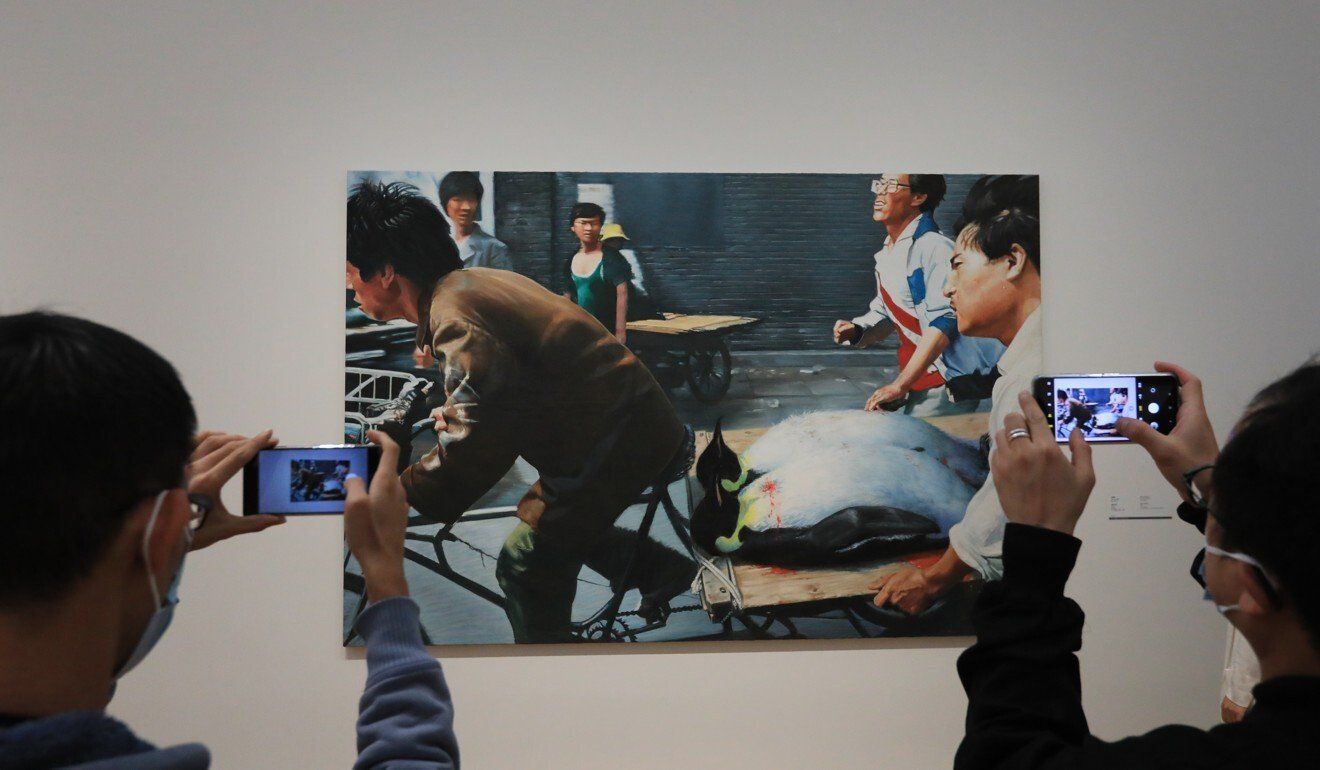 Other than the widely reported two series of works by Chinese dissident artist Ai Weiwei, a painting by Wang Xingwei, New Beijing, is also considered a must-see item. The oil piece shows two injured emperor penguins believed to be a satirical reference to the Tiananmen Square crackdown in 1989.

There is Bill Clinton. This is the first reaction that some visitors had when they saw this artwork by Wang Du in 1998. It is a battlefield made of painted plaster, plastic and paper. The guy next to Clinton is former Yugoslav president Slobodan Milosevicć. The artist was in Paris when the war in Kosovo broke out in 1998. He noticed different stories were being told when he was reading Western European newspapers in Yugoslavia. It is meant to reflect the position of a distant observer whose idle talk is based entirely on media reportage. 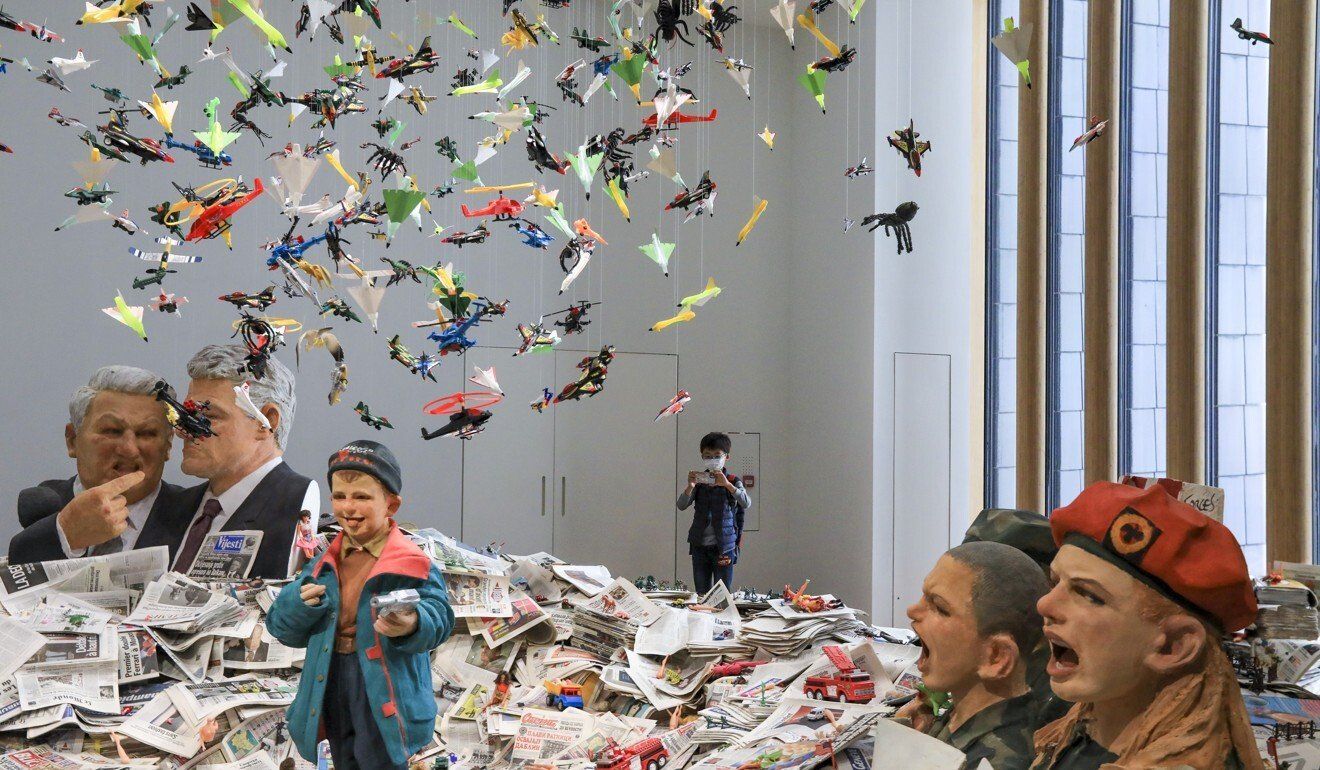 The M+ museum opened to the public for the first time on Friday.

Yes, there is a sushi bar in the museum, but it does not provide an omakase meal. Still, it may be the most expensive Japanese restaurant you have ever seen in Hong Kong, as it cost HK$15 million (US$1.92 million). The bar, which measures 656 sq ft, was a real restaurant in Tokyo and was designed by Shiro Kuramata, regarded as the most influential Japanese furniture and interior designer of the late 20th century. The bar was dismantled at its original location in Tokyo, packed into four shipping containers, and later reconstructed in Hong Kong.

The bar is now featured as one of the museum’s prize exhibits. Some visitors who first saw it did wonder what the bar was doing in a gallery; others joked it should serve sushi to complete the experience.

An interactive project by Lee Mingwei, the booths installed in this gallery invite visitors to go into the space and write a letter. The booths, consisting of plywood, glass and lights among other items, provide visitors with paper and pencil, and a plaque asks them to enter the space and feel free to stand, sit or kneel while writing the letter. The postures refer to Buddhist meditation positions. The idea was born when the artist wrote over 100 letters to his grandmother after her death to convey his feelings.

While visitors largely love the idea, some parents may need to offer tips on how to properly compose a letter to children who grow up in the digital age. 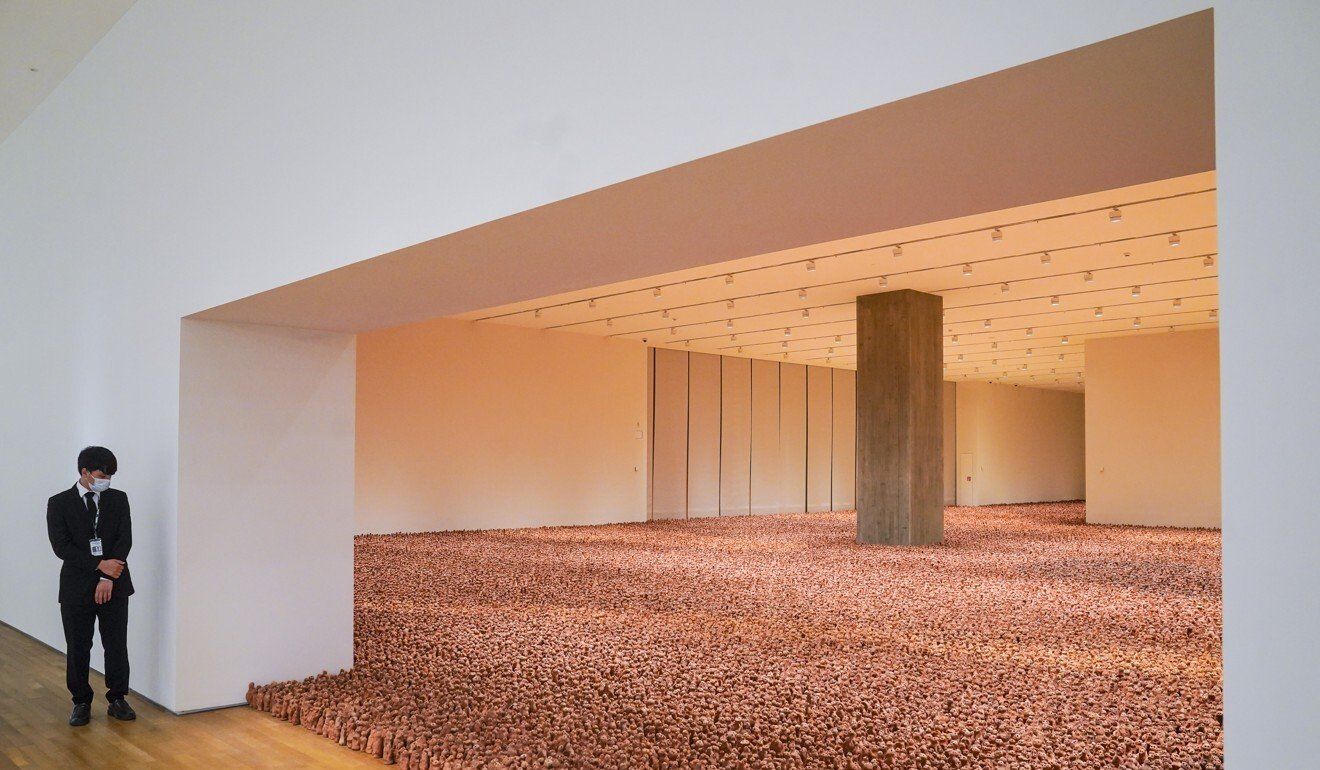 In 2003, Gormley invited about 300 Xiangshan villagers to create 200,000 clay sculptures. He offered three simple instructions: the pieces should be hand-sized, able to stand upright and have two “eyes”. Each one is a unique piece handmade by the villager, and the exhibit fills an entire room.

Crowd control is practised inside the West Gallery, so staff are only letting in about 20 visitors at a time. Expect long lines outside the room and arrange extra time for the visit.