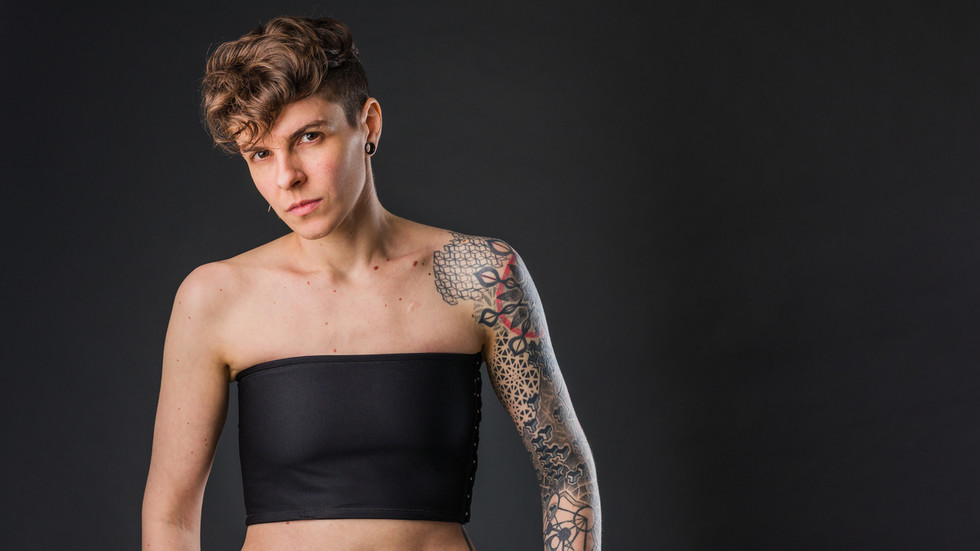 A clueless partnership with a trans outreach organisation sees UK cosmetics retailer Lush promote painful chest binders for young girls, exploiting its core customers for woke brownie points and the benefit of the gender gestapo.
Retailer Lush has made a huge success of its business model, selling funky handmade soap, bath bombs and body products to a predominantly young female consumer, and it’s always had an ethical vibe to its marketing. And that smell! The unmistakable scent that drifts from its shops fills your nasal passages from down the street.

But, this time, the feelgood purveyor of smellies has overreached itself, and it’s causing an unholy stink. Why a store that sells products designed to make you sigh ‘aaaaaah’ as you sink into a hot bath would consider venturing into the world of woke is a question that’s hard to answer. Answers are needed, however.

Can it be right that the brains behind the bubbles have decided that, as well as foaming, fizzing fun products with quirky names, pushing self-harming chest binders should be a business imperative? Because that’s what Lush is doing in London as part of a super-creepy hook-up with a trans outreach organisation.

That said, it’s not as if young girls can just walk into the Lush branch in central London that’s promoting this scheme and pick up a chest binder like they would a pair of socks. They have to order it online from trans outfit, G(end)er Swap – the secret’s in the parenthesis – before dropping by to pick up their new prize from Lush, but not until they’ve made a ‘donation’ of at least £7. In my neck of the woods, we don’t call that sort of requisite payment a donation, we call it a price. But what do I know?

In the meantime, the customers, which will inevitably be teens and tweens, have surrendered their contact details so that G(end)er Swap, which ‘supports trans and gender non-conforming individuals to access clothes and community’. according to its website – can keep tabs on them and no doubt email them as and when they like about all sorts of nonsense. Which is more than can be said for any parents or adults in a position of care. Because there’s no age verification requirement on the online order form, so any customer of Lush – no matter how young, naïve or confused – can simply order up a binder and no one else need be any the wiser.

The only protection I can see here is in the legislation due to come into force in the UK next spring that’ll make it illegal for self-serving organisations such as G(end)er Swap to counsel troubled young girls into starting a transgender journey that can begin with chest binding before graduating to mutilation surgery and a lifetime of hormone injections and drugs.

Encouraging under-18s to change gender could well be a criminal offence, so it begs the question: where do agents provocateurs like Lush stand? Do they really want to stray into the territory of encouraging confused youngsters to change their bodies just for the sake of being down with the gender agenda?

In the meantime, who knows how many young girls will suffer pain, injury and harm because of Lush cashing in on crippling dysphoria. This is a crass commercialisation of a highly sensitive subject by a company the primary business of which is selling bath bombs, but that, for some reason, sees itself more as an activist wing in the gender war.

Lush should pull the plug on this ill-considered woke partnership with a toxic trans outfit and stick to what it knows best. Bubbles. Lovely, fragrant bubbles.
Add Comment