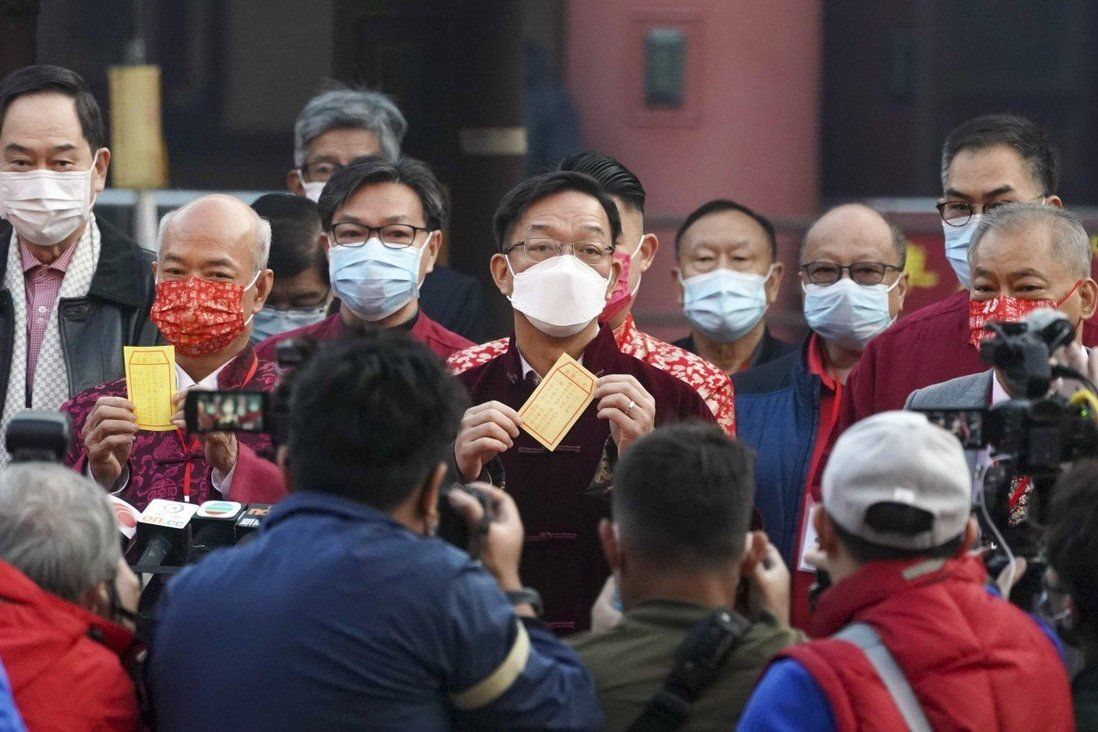 A rural leader has drawn a prophecy urging the Hong Kong government to be more decisive when formulating policies, warning that a Lunar New Year
fortune stick has sounded an alarm for officials and any wrong moves could worsen the city’s problems.

Kenneth Lau Ip-keung, who chairs the powerful rural body the Heung Yee Kuk, on Saturday picked a “neutral” fortune stick for the city at Sha Tin’s Che Kung Temple during a traditional ceremony held on the second day of the Year of the Ox.

But Lau said the message from fortune stick number 45 should serve as an alarm call for officials, with Hong Kong locked in a Covid-19 battle already lasting more than a year.

“Hong Kong is facing a big problem. The people suffer pain. It’s hard to do business now and many people are left jobless. Every step of the government is important, particularly at this stage,” said Lau, who is also a pro-Beijing lawmaker.

The draw uses a bamboo cylinder containing 96 numbered sticks. Each stick refers to an omen, of which 35 bode well, 17 bode ill, and 44 are neutral. Participants shake the cylinder and the first stick to fall out denotes their fortune.

Written as a poem in Chinese, the chosen prophecy roughly translates as: “One must discuss with others before taking any action. Matters of the world are fraught and in vain.

“The wood that piled up in one’s storage is not burnt for nothing. The knowledgeable knows before a fire burns.”

The interpretation of the fortune stick includes: “Everything is not ideal, but the self should have peace and the family has some luck. Those who seek money cannot yield a great outcome.”

The government has come under fire for a string of policy U-turns including in relation to the pandemic, most recently reversing its cancellation of the Lunar New Year flower markets. Hong Kong leader Carrie Lam Cheng Yuet-ngor has also faced calls to consult more widely when making decisions, rather than relying on a tight circle of advisers. 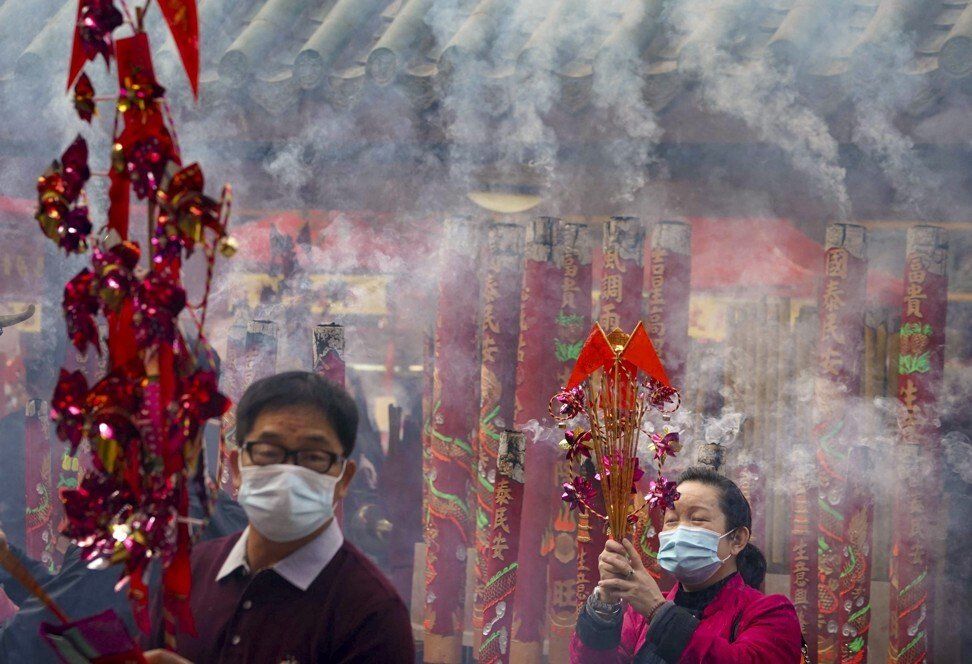 The ceremony was held for the second year running under the shadow of the Covid-19 pandemic.

The fortune stick drawing at the temple is usually conducted in the presence of worshippers and well-wishers, including pro-establishment lawmakers.

But the pandemic forced Saturday’s ceremony to be a closed-door affair, although it was still broadcast live on local television.

The temple is named after Song dynasty commander Che Kung, who had a reputation for quashing villages of plagues and uprisings.

The city is marking Lunar New Year on a quiet note for the second straight year because of the coronavirus pandemic, with many avoiding the traditional gatherings of wider family in favour of staying at home. Anyone who ventures out is required to wear a mask.

This week, the government said from February 18 restaurants would be allowed to offer dine-in services till late into the night with four people to a table, while gyms, cinemas and other premises could reopen – on the condition the coronavirus situation in Hong Kong remained stable.

Lau said: “The pandemic is just the same as the fire. If it is not put off in a timely manner, it will be spread so fast.”

With the city’s daily infection tally still not falling to zero, Lau said the government could do a better job in tackling imported cases and improving contract tracing.

Asked by reporters at the temple whether the prophecy suggested the Beijing-imposed national security law could not address the city’s problems, Lau said: “The administration could not walk its talk on many occasions.”

“I believe when making policies, the government should make them go forward, aside from thinking about them carefully.” 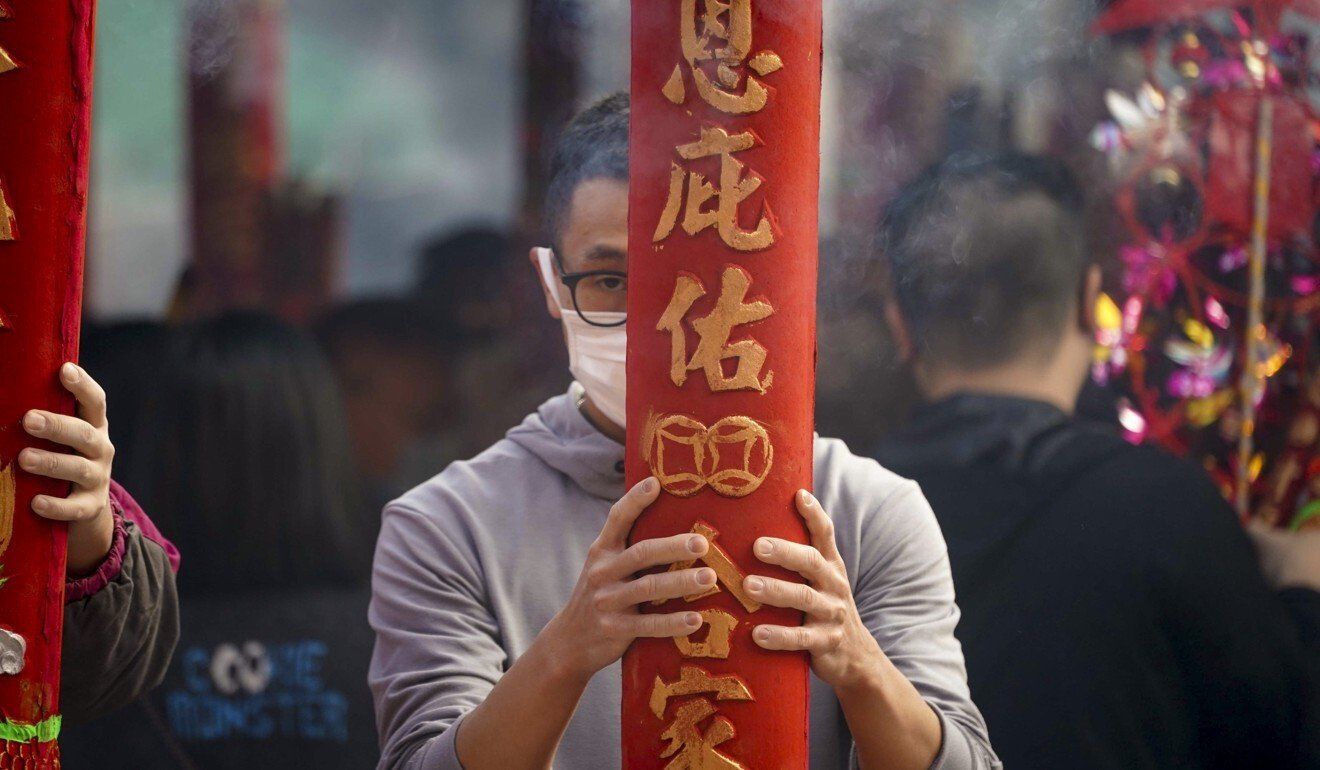 He raised the city’s housing and land problems as an example, saying it could take more than two decades to develop a new area.

Lau was also asked whether Hong Kong authorities should refrain from prosecuting opposition figures given that one interpretation of the prophecy suggested the importance of harmony.

“Politically, striving for harmony is always the best. People’s grievances should be addressed. It can’t always use tough measures. That can’t solve the matter. Every society needs harmony and unity to go forward,” he said.

A series of mass arrests of opposition activists followed last June’s imposition of the national security law, which bans acts of subversion, secession, terrorism and collusion with foreign forces.

Last month, more than 50 former opposition lawmakers and activists were arrested on subversion charges in the biggest crackdown yet under the legislation, with authorities accusing them of a plot to “overthrow” the government. 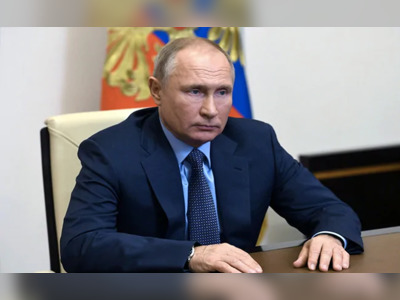 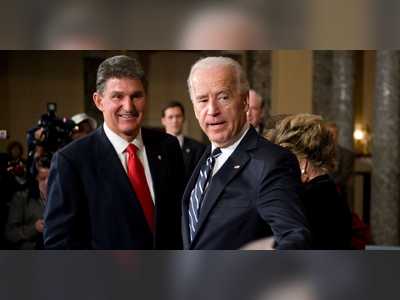