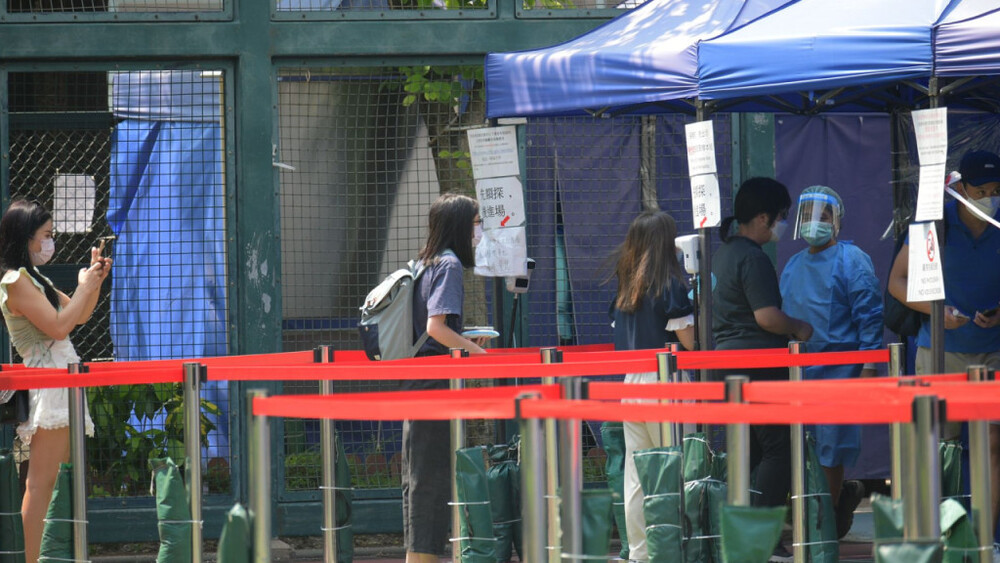 ‘Omicron should not be treated like flu’, official says, with city logging 8,187 cases

The city saw over 9,500 fatalities relevant to Omicron since the fifth wave of the epidemic and a death rate average of 0.6 percent,” said Albert Au Ka-wing, Principal Medical and Health Officer of the Communicable Disease Branch of the Centre for Health Protection of the Department of Health.

Leung Pak Yin, the former Chief Executive of the Health Authority, said previously that the crude death rate of Covid this year was 0.6 percent up to September 4, however, the figure could be adjusted to 0.1 percent if taking the period of the outbreak of Omicron virus and its variants, which started in May, into consideration.

But Au claimed at the briefing today that the decline in death rate in May, recorded at 0.1 percent, was due to disease prevention measures by the government.

“It is not reliable to treat Omicron the same as seasonal influenza by merely counting the death rate from data of the recent two to three months,” he said, noting the increasing vaccination rate contributed a lot to the alleviation of the epidemic.

However, he added that the epidemic will reach its peak soon.

Among the six fatalities of two men and four women aged from 73 to 95, only one was triple-vaccinated.