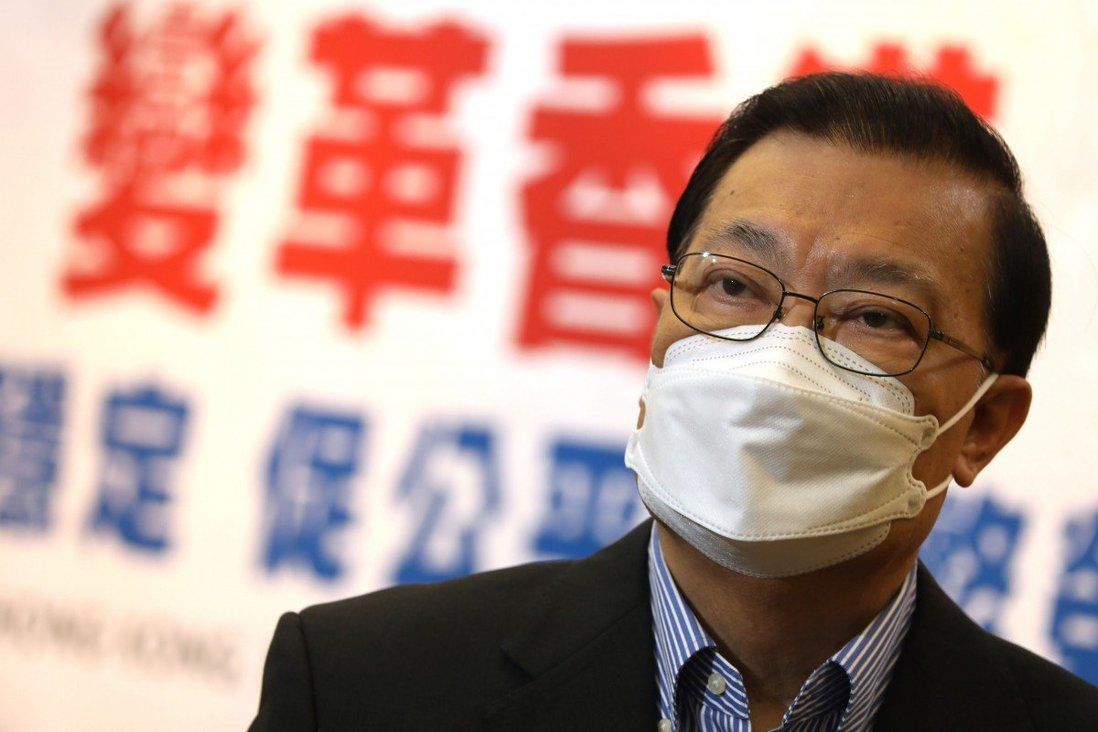 Love does not enter into the equation when it comes to city officials’ feelings toward the Chinese Communist Party under the precept of “patriots governing Hong Kong”, but loyalty certainly does, the city’s sole delegate to China’s top legislative body has said.

Tam Yiu-chung on Thursday offered his interpretation of recent comments calling for a political overhaul of the city from Beijing’s top official on Hong Kong affairs, saying the speech had laid out “comprehensive and clear” requirements for those who held core public offices.

Speaking at a press briefing a day before he was set to leave for a regular meeting of the National People’s Congress Standing Committee (NPCSC), Tam cited the state constitution in saying that the Communist Party was “the core of leadership for the cause of socialism with Chinese characteristics”.

“It’s not about whether you love it or hate it … If you oppose the Chinese Communist Party, you are against the leader of socialism with Chinese characteristics, the creator and leader of ‘one country, two systems’,” he said. “How can you maintain that you genuinely safeguard the interests of Hong Kong?”

On Monday, Xia Baolong, head of the State Council’s Hong Kong and Macau Affairs Office, gave a speech declaring the need for political changes to ensure only “patriots” held key positions in the city, and for insufficiently loyal officials to be rooted out.

Asked to clarify the remarks the next day, Hong Kong Secretary for Constitutional and Mainland Affairs Erick Tsang Kwok-wai said: “You cannot say that you love your country if you cannot even respect this system led by the Communist Party.”

Tam on Thursday elaborated that the criteria did not apply to the general public in Hong Kong, but at the same time wondered aloud about the legality of long-standing calls to “end one-party dictatorship” – one of the core goals of the Hong Kong Alliance in Support of Patriotic Democratic Movement, organisers of the city’s annual Tiananmen Square vigil.

“Holding a vigil with such a goal could be problematic. Would it constitute inciting subversion of state power?” he asked, referring to the Beijing-imposed national security law. “The authorities will have to make an assessment.”

But Tam also said that, at the moment, Hong Kong issues were not on the agenda of the weekend’s Standing Committee meeting.

Tam will remain in the capital to attend China’s annual parliamentary meetings, known as “Two Sessions”, next month, along with Hong Kong delegates of the NPC and the Chinese People’s Political Consultative Conference.

But Tam refused to comment on the particulars of the proposed electoral changes recently floated for Hong Kong.

“This is an important year, as Beijing will unveil its 14th five-year plan. Chapters about Hong Kong issues must carry far-reaching implications for the city’s development,” he said. “But I don’t want to confuse others with my personal comments at this moment.”

Tam, also a veteran member of the Democratic Alliance for the Betterment and Progress of Hong Kong, wrote in an article last week that the NPCSC was responsible for resolving new problems that the city could not tackle on its own.

The principle of “patriots governing Hong Kong” originated with a 1984 declaration by late paramount leader Deng Xiaoping, who described the precept of loyalists making up the bulk of the city’s administrators as a bottom line of its postcolonial governance.

Stanley Ng Chau-pei, a local NPC deputy from the Federation of Trade Unions, said he was not sure if the political overhaul would be raised during the coming general session next month.

But, he said: “No system should stay forever unchanged. If there are loopholes, then we should find ways to improve it. There are many views expressed. I suppose the central government would consider those views.”

He added that his federation would raise the idea of promoting more cultural exchanges between Hong Kong and the Greater Bay Area to instil a stronger sense of national identity in local young people and develop the region as a “common home”.