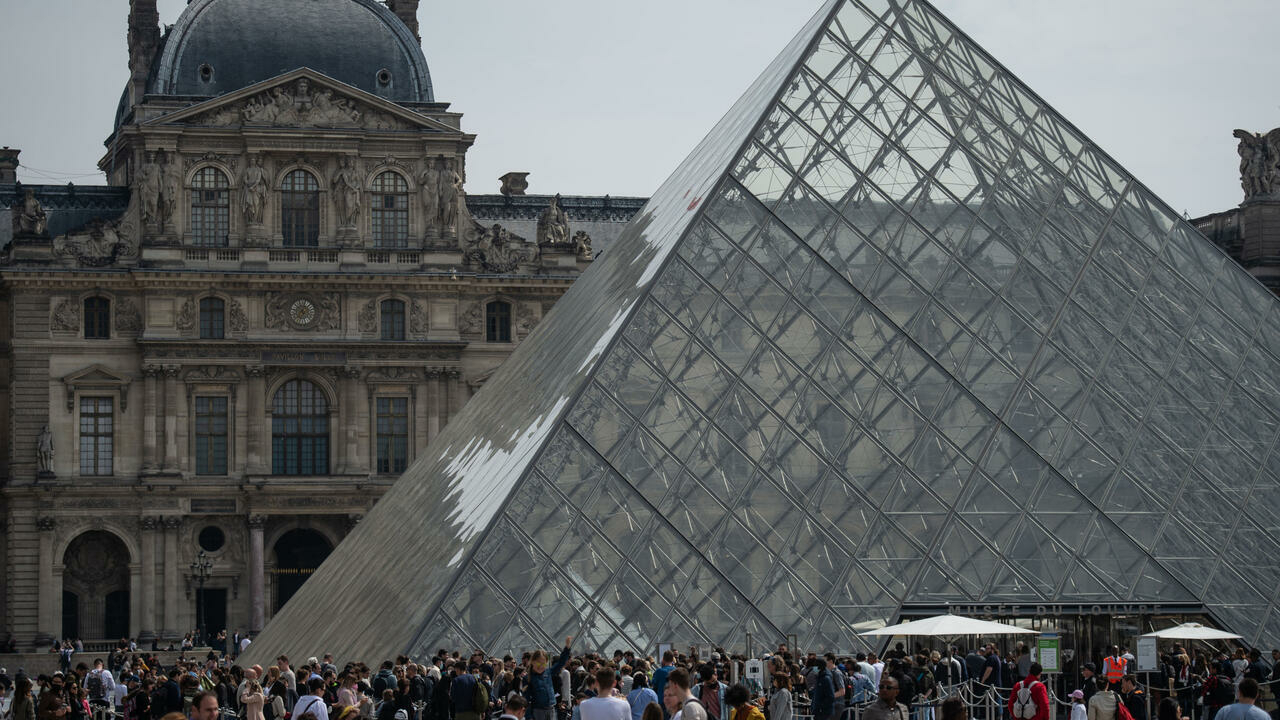 Louvre ex-director charged in art trafficking case, smuggled out of Egypt in the chaos of the Arab Spring.

Listen to the article
0:00 / 0:00
Voice by MediaWorks
A former director of the Louvre Museum in Paris has been charged with conspiring to hide the origin of archaeological treasures that investigators suspect were smuggled out of Egypt in the chaos of the Arab Spring.

Jean-Luc Martinez was charged Wednesday after being taken in for questioning along with two French specialists in Egyptian art, who were not charged, another source close to the inquiry said.

The Louvre, which is owned by the French state, is the world's most visited museum with around 10 million visitors a year before the Covid-19 pandemic and is home to some of Western civilization's most celebrated cultural heritage.

Martinez, who ran the Paris Louvre from 2013 to 2021, is accused of turning a blind eye to fake certificates of origin for the pieces, a fraud thought to involve several other art experts, according to French investigative weekly Canard Enchaine.

He has been charged with complicity in fraud and "concealing the origin of criminally obtained works by false endorsement," according to the judicial source.

Martinez is currently the French foreign ministry's ambassador in charge of international cooperation on cultural heritage, which focuses in particular on fighting art trafficking.

"Jean-Luc Martinez contests in the strongest way his indictment in this case," his lawyers told in a statement.

"For now, he will reserve his declarations for the judiciary, and has no doubt that his good faith will be established," they said.

French investigators suspect that hundreds of artefacts were pillaged from Egypt and other Middle Eastern countries during protests in the early 2010s that became known as the Arab Spring.

They suspect the artefacts were then sold to galleries and museums that did not ask too many questions about previous ownership.

Martinez's indictment comes after the German-Lebanese gallery owner who brokered the sale, Robin Dib, was arrested in Hamburg in March and extradited to Paris for questioning.

Marc Gabolde, a French Egyptologist, was quoted by Canard Enchaine as saying that he informed Louvre officials about suspicions related to the Tutankhamun stele but received no response.

The opening of the inquiry in 2018 roiled the Paris art market, a major hub for antiquities from Middle Eastern civilisations.

In June 2020, prominent Paris archaeology expert Christophe Kunicki and dealer Richard Semper were charged with fraud for false certification of looted works from several countries during the Arab Spring.

They also had a role in certifying another prized Egyptian work, the gilded sarcophagus of the priest Nedjemankh that was purchased by the Metropolitan Museum of Art in New York in 2017.

After New York prosecutors determined that the sarcophagus had been stolen during the revolts against Egyptian president Hosni Mubarak in 2011, the Met said it had been a victim of false statements and fake documentation, and returned the coffin to Egypt.