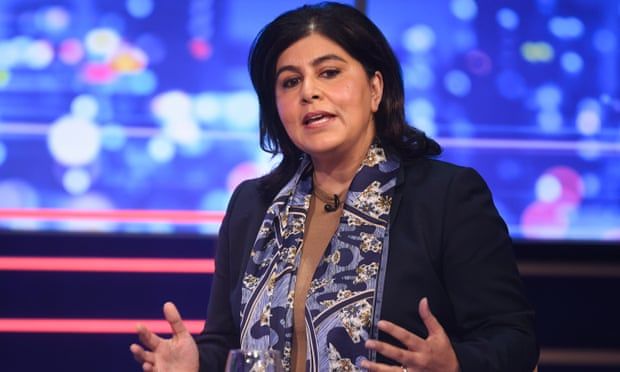 Peers hit out at clause in nationality bill as threatening British values of ‘fair play and rule of law’
Plans to strip people of British citizenship without prior warning are against British values and would render people from ethnic minorities second-class citizens, senior peers have warned.

Clause 9 of the nationality and borders bill, which exempts the government from having to give notice if it is not “reasonably practicable” to do so, or in the interests of national security, diplomatic relations or otherwise in the public interest, has attracted heavy criticism and protests outside parliament.

Amendments tabled by the former independent reviewer of terrorism legislation Lord Anderson after discussions with the government, will reduce the circumstances in which notice can be withheld and introduce safeguards – but some peers say they do not go far enough.

In a letter sent to the home office minister Susan Williams ahead of the report stage in the House of Lords, which begins on Monday, the Conservative peers Sayeeda Warsi and Nosheena Mubarik and the crossbench peer Frances D’Souza say: “Clause 9 would create a secret power of citizenship deprivation without appeal. Far from protecting the public, this gravely threatens cherished British values of fair play and the rule of law that make UK citizenship so prized around the world.

The peers say that even after the amendments, the clause would still have retrospective effect and treat past deprivations of citizenship “as if they were lawful, even where courts have found they failed to comply with statute at the time they were made”.

Last month, the court of appeal upheld a high court ruling that the government acted unlawfully when it stripped a British woman in a Syrian refugee camp of her citizenship without telling her.

The peers write: “If she wishes, the home secretary can simply reissue the deprivation orders that were invalid because they were made unlawfully. Instead, the government aims to enact the legal fiction that they were always valid. It is manifestly unjust to unlawfully strip someone of all the rights that come with British citizenship, without even providing them notice, and then make that decision lawful years later by legislative fiat.”

Powers to remove British citizenship in certain cases are longstanding but have been incrementally broadened this century, in 2003, 2006 and 2014, and their use accelerated under Theresa May’s tenure as home secretary from 2010. While UK governments have cited the need to fight terrorism, allies such as the US have warned that stripping individuals of citizenship is not an effective means of doing so.

The letter says citizenship “is not like a driving licence or library card. It is something of profound importance that shapes the very lives we lead. Citizenship-deprivation powers already create a two-tiered system of citizenship, with ethnic minority communities eight times more likely to be vulnerable to being deprived of their nationality than those who are white”.

A Home Office spokesperson said the right to appeal remains unaffected, adding: “This change in the bill is simply about the process of notification and recognises that in exceptional circumstances, such as when someone is in a war zone, or informing them would reveal sensitive intelligence sources, it may not be possible to do this.”
Add Comment