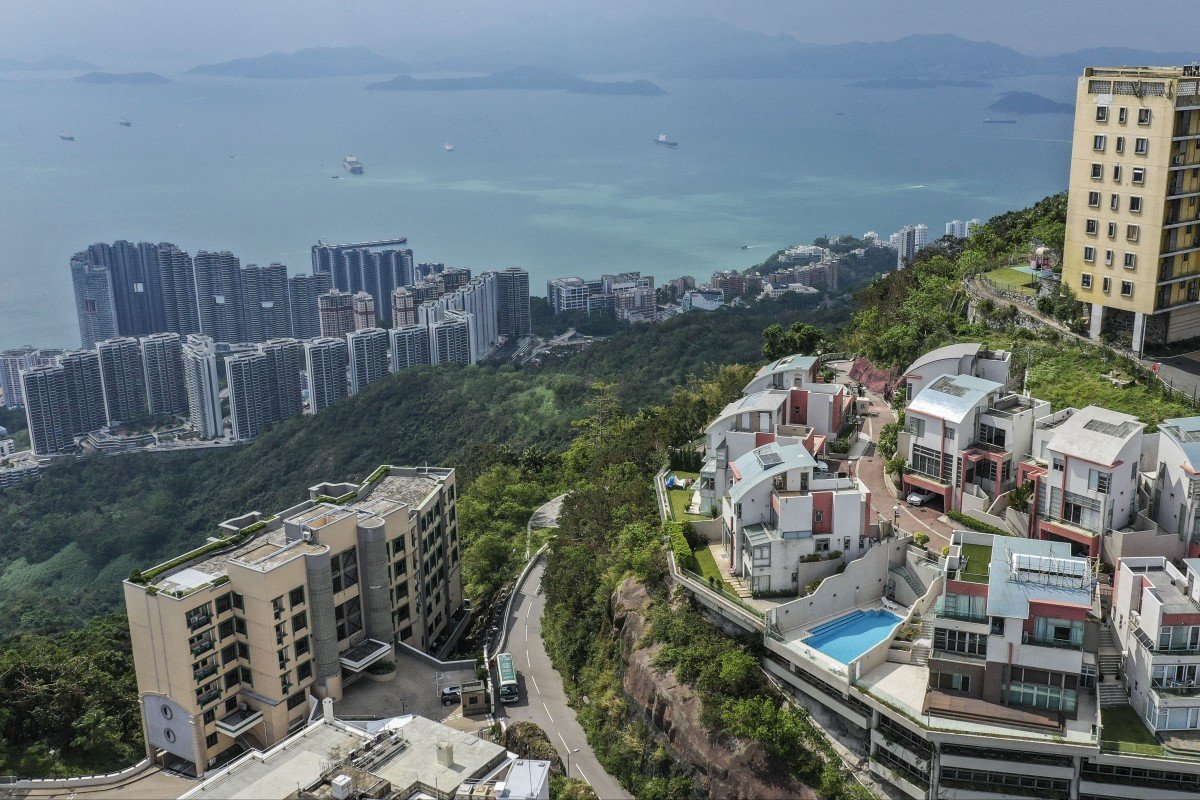 Many company owners and executives are looking to free up much-needed cash to keep their businesses going as pandemic ravages the economy, property agents say. The city’s economy will shrink by 4 to 7 per cent this year, Financial Secretary Paul Chan Mo-po warned this week

Some of Hong Kong’s wealthy property owners are cashing in their luxury houses, often slashing the price to sell at a loss, as the city faces the threat of its worst recession ever.

Many of them are company owners and executives looking to free up much-needed cash to keep their businesses going as the coronavirus pandemic ravages the economy, according to property agents.

“People are losing jobs or getting pay cuts because their companies are not doing well. Thus the business owners, who are the major purchasing force of these luxury homes, are not doing well either and some may already be seeing liquidity problems and need quick money to stop bleeding,” said Vincent Cheung, managing director of Vincorn Consulting and Appraisal.

“Offloading these luxury homes is a quick fix. At this moment the sellers are even willing to cut the price, because not many people are willing to take a risk of placing a big bet on luxury homes now.”

Another 2,800 square-foot ,with a garden the same size, in Geneva East Avenue of Valais in Sheung Shui went for HK$43.5 million in March. The owner, who bought the property seven years ago, made a HK$4.5 million loss on the transaction.

“The homeowner was pessimistic about market prospects, so he did not hesitate to cash in,” said Davis Lui, an agent with Midland Realty, who brokered the sale.

“We are not sure whether such owners are having liquidity issues and are in urgent need of money, but one thing for sure is that everyone now does not want to wait any longer. Slashing 20 per cent to 30 per cent from the original asking price is not a big deal for them.

“They just want to cash out as soon as possible to either pour back into their own business or put into other investments, stocks or even cheaper properties in other regions or in other countries.”

Hong Kong’s economy is poised to take a much bigger hit than previously thought, shrinking by 4 to 7 per cent this year because of the serious and sustained impact of the coronavirus pandemic, Financial Secretary Paul Chan Mo-po warned on April 29. He said the city could be facing its worst recession ever.

“The magnitude of Hong Kong’s economic recession in the first quarter could be worse than 2008’s global economic tsunami, or the impact of the Asian financial crisis [in 1997-98],” Chan said.

Unemployment in the city surged to 4.2 per cent in the January to March period, the highest rate in nine years, rising 0.5 percentage points from the three months to February. Joblessness in the retail, hospitality, and food and drink sectors hit 6.8 per cent, a peak not seen since the depths of the global financial crisis.

Even with deep discounts on offer, there have been few takers for villas. In the first quarter only 118 new and lived-in villas were sold, fetching HK$5 billion, the lowest amount in the past four years, according to Centaline Property.

Market observers say more distressed selling will be seen in the coming months.

“We expect volumes to continue to bear the brunt with prices enjoying a certain level of support from low interest rates and low levels of new completions. Some selective distressed selling has been in evidence,” said Simon Smith, a senior director at Savills.

A withdrawal of mainland Chinese buyers will further weigh on the shrinking demand as appetite for outbound investment evaporates in China, which has just reported the first contraction in its gross domestic product in four decades.

“Some mainland vendors whose businesses face cash flow issues, and landlords of properties with multiple mortgages, will be prepared to consider offers [at deep discounts] on a selective basis,” said Smith.

George Sze, a director of Ricacorp Properties focusing on The Peak and South district, an exclusive area hosting some of Hong Kong’s most lavish properties, said just 10 transactions were made in March in South District while eight were completed in April.

“Now we barely see any buyers from the mainland, which still made up about 20 per cent of the market last year,” said Sze.