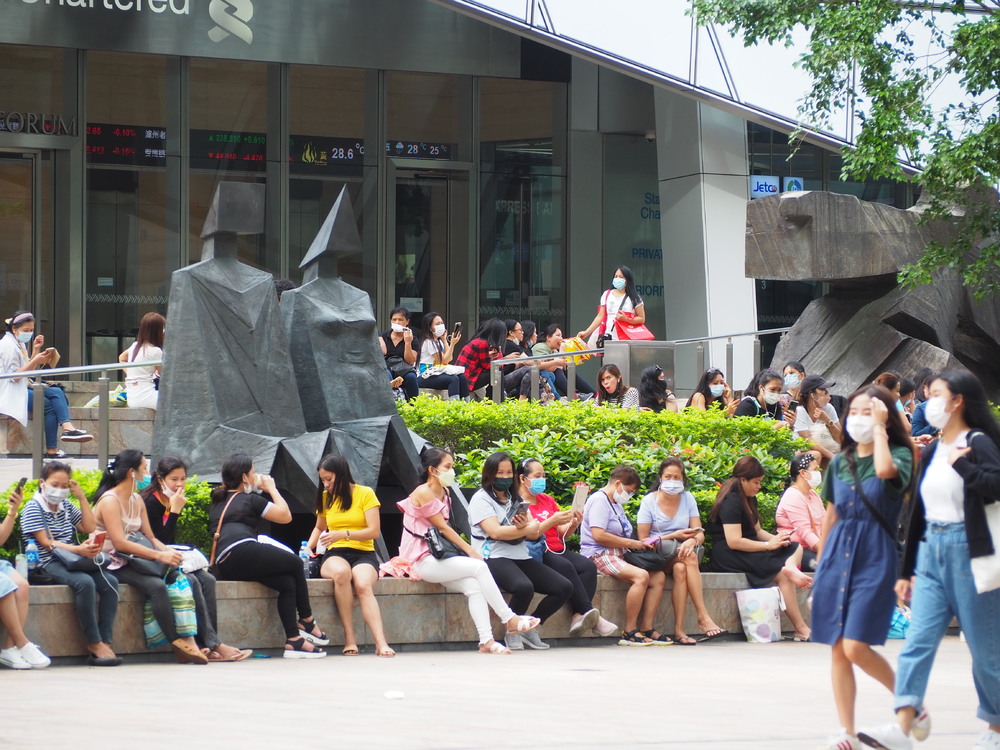 Up to 1,000 foreign domestic helpers could be affected as the Hong Kong government ordered a two-week suspension of a passenger flight from the Philippines.
The Center for Health Protection on Thursday grounded Cebu Pacific Air flight 5J272 from Manila, the Philippines, for two weeks, as three passengers onboard arriving on Wednesday tested positive at the airport earlier.

According to the latest flight suspension mechanism, if four or more passengers tested positive for Covid-19 upon arrival in Hong Kong from the same route within a week, that route will be suspended for two weeks.

As a 36-year-old Filipina helper who arrived on Monday on that flight was reported as an imported case on Wednesday, the total number of passengers infected with Covid-19 increased to four, triggering the suspension.

Cheung Kit-man, who chairs the Hong Kong Employment Agencies, expected 1,000 helpers will have to reschedule their trips.

The Chairman of The Hong Kong Union of Employment Agencies, Thomas Chan Tung-fung, said that there are currently only three airlines that operate passenger flights between Hong Kong and the Philippines. With the suspension of Cebu Pacific Air flights, ticket prices of the other two airlines will rise, he expected.

He added that the industry has started making arrangements for helpers after getting wind of the news earlier in the morning, before the suspension was officially announced in the afternoon.

He was worried that it would be difficult for the helpers to re-book quarantine hotel rooms.

“It is more troublesome to reserve quarantine hotel rooms than finding plane tickets. The hotels may not be able to re-arrange rooms for the helpers immediately,” Chan pointed out.

“All the efforts put into reserving rooms vanish in one night.”
#COVID-19  #Covid
Add Comment