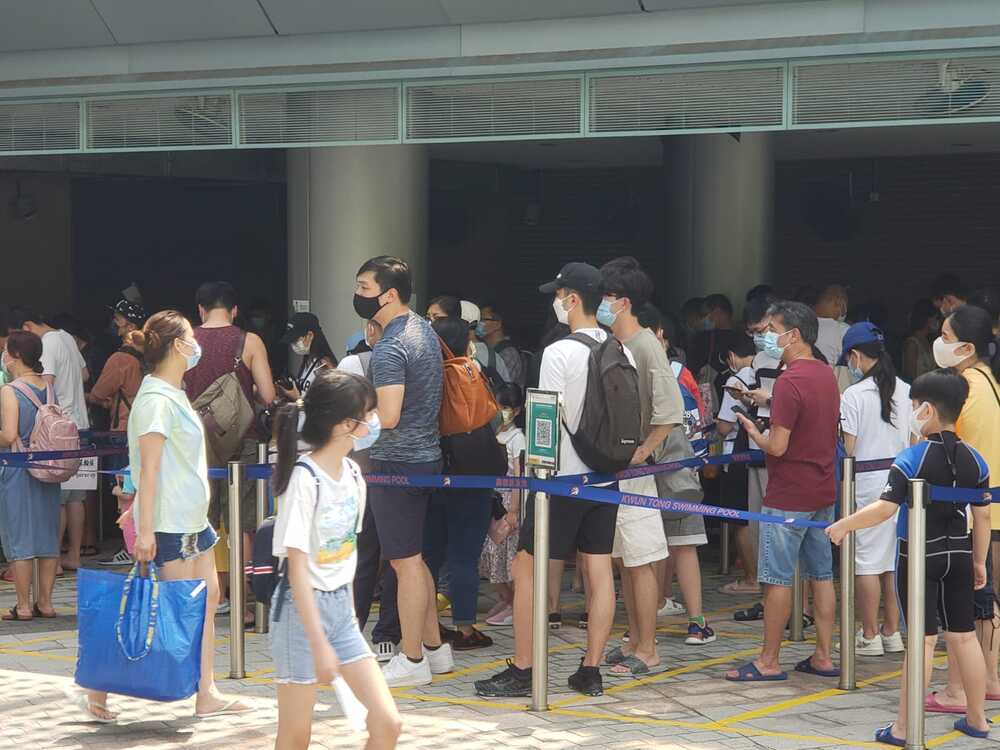 The very hot weather warning is currently in force in Hong Kong, with members of the public flock to public swimming pools to cool themselves off.
The warning was sent at 6.45am, cautioning residents to be aware of the risk of heatstroke. By noon, multiple areas including Cheung Chau, Ta Kwu Ling, Sheung Shui, Tai Po, Peng Chau had seen temperatures above 35 degrees, with Tai Mei Tuk recording the highest temperature of 36.6 degrees.

At Kwun Tong Swimming Pool, long queues were formed outside the public swimming pool with more than hundreds waiting to dip themselves into the cool water.

As Hong Kong’s Covid rules only allow public swimming pools to operate at reduced capacity, the swimming pool can only entertain 368 swimmers at a time, many swimmers gave up on the wait under the hot sun.

Meanwhile, as of yesterday, the city’s climate and weather watchdog said they have recorded nine “hot nights” so far this month, again breaking the May record.

Hot nights are defined as having a daily temperature that does not drop below 28 degrees.

The Hong Kong Observatory said an anticyclone aloft is covering the coast of southern China and the northern part of the South China Sea, bringing generally fine weather over the region.

Locally, temperatures over the territory generally rose to about 33 degrees around noon.

Very hot weather was also forecasted in the next few days with a few showers, along with more showers in the latter part of next week. The temperature is expected to reach a maximum of 34 degrees on Sunday.
#Covid
Add Comment