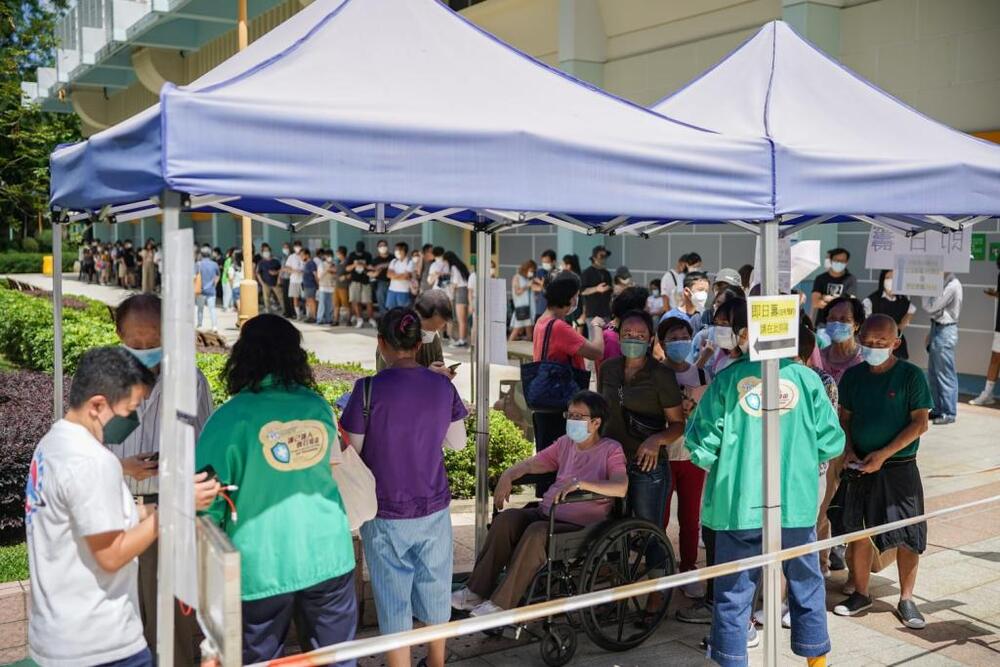 Citizens rushed to get Covid-19 jabs as the third phase of the vaccine pass arrangement set to kick in by the end of the month.
The community vaccination center at Boundary Street Sports Centre in Mong Kok has seen queues lining up for receiving the BioNTech vaccine in the past two days.

The center was almost full on Sunday, while many eligible citizens aged 60 or above were seen waiting for the same-day tickets.

Under the third phase of the vaccine pass, residents aged 12 and above would need to receive their third jab if six months had passed since they had received their second dose.

Government figures showed that as of 8pm, 49,112 people had received their jabs on Saturday, with 38,878 receiving their third dose. The number of people who have received the booster jab in Hong Kong had reached 3.79 million, accounting for 55.9 percent of the population aged 12 or above.

Secretary for the Civil Service Patrick Nip Tak-kuen said some 600,000 people in Hong Kong have yet to receive their third dose six months after receiving the second one.

He said some of them may have been infected but did not report to the health authorities, so the government did not have their records of recovery.

He stressed that those people concerned could receive the vaccine one month after recovery, and need to get jabbed to meet the requirements of the vaccine pass.

Nip also said with the increase of the vaccinated population in Hong Kong, the demand for jabs was gradually decreasing, and the authorities will close several vaccination centers starting June 1.

However, the city will maintain a daily capacity of 70,000 doses per day to meet the current need and vaccination will remain free until the completion of the third and fourth booster doses.
#BioNTech  #COVID-19  #vaccine  #Covid
Add Comment