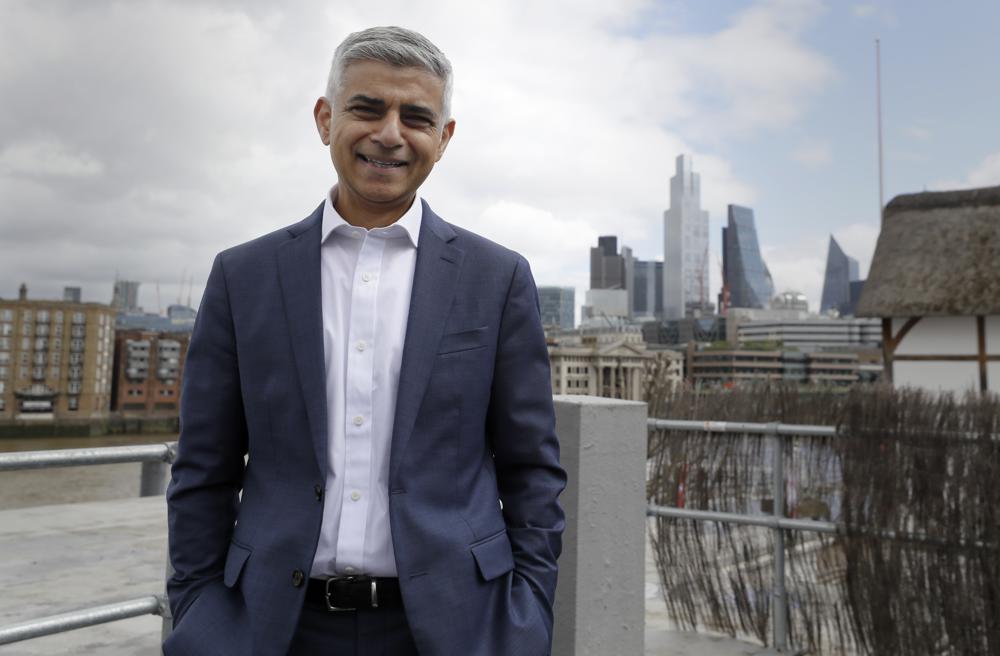 London’s mayor on Thursday sent a message of support to Hong Kong residents fleeing China’s crackdown on democracy to seek new live in the United Kingdom, saying his office will spend £900,000 (US$1.2 million) to help new arrivals with housing, education and finding jobs, AP's Sylvia Hui reports.
Mayor Sadiq Khan said London is expected to welcome the largest proportion of arrivals from Hong Kong to the U.K. this year, after Britain’s government introduced a new immigration pathway for those with a British National Overseas passport to live and work in the country.

The government estimates that about 123,000 to 153,000 people will take up the visa this year. The visa, which allows those eligible to apply for British citizenship after living in the U.K. for five years, was introduced last year after Beijing imposed a sweeping new national security law in Hong Kong.

The law has prompted an exodus of many young people and families who say their hometown has been transformed beyond measure.

Beijing has strongly criticized Britain’s offer as meddling in its domestic affairs. British authorities maintain they are keeping a promise to the people of Hong Kong, a British colony until 1997, when it returned to Chinese rule as a semi-autonomous region that was supposed to enjoy civil liberties and freedoms not seen elsewhere on mainland China.

More than 34,000 people have already applied for the visa, Khan said, though most haven’t yet arrived in the U.K. because of the pandemic. International travel has been severely restricted and Hong Kong was only added to England’s “green list” of safe countries on Monday, meaning that people arriving from there do not need to quarantine on arrival unless they test positive.

“We think between a quarter and a third (of the arrivals) will choose London as their destination, but it’s early days yet,” Khan said in an interview.

The mayor said he was keen to send a message to Hong Kongers that London “will welcome you with open arms.”

“For me, it’s quite clear we’ve got a moral obligation to help those from Hong Kong. But also that’s the history of London. We’ve been doing this for successive decades,” he said.

His office will use government funding and work with community groups to advise and help Hong Kongers navigate the challenges of finding housing, schools and jobs, he added.

“Hundreds of thousands have left because of the pandemic and because of Brexit,” he said. “So, look, we’ve got record numbers of vacancies (in) the job market in London.”

Khan acknowledged that hate crimes against Chinese and Asian people in the capital have increased since January 2020, when the pandemic first began spreading from China. But he said that the number of such crimes have come down from a “previous spike.”

Britain’s government estimates that up to 322,000 people will take up the new visa over five years.

Since China implemented the new national security law in June, more than 100 pro-democracy supporters have been arrested and many others have fled abroad. The crackdown on dissent hardened in recent weeks, when Hong Kong’s most prominent pro-democracy newspaper, Apple Daily, was forced to cease publication.
Add Comment