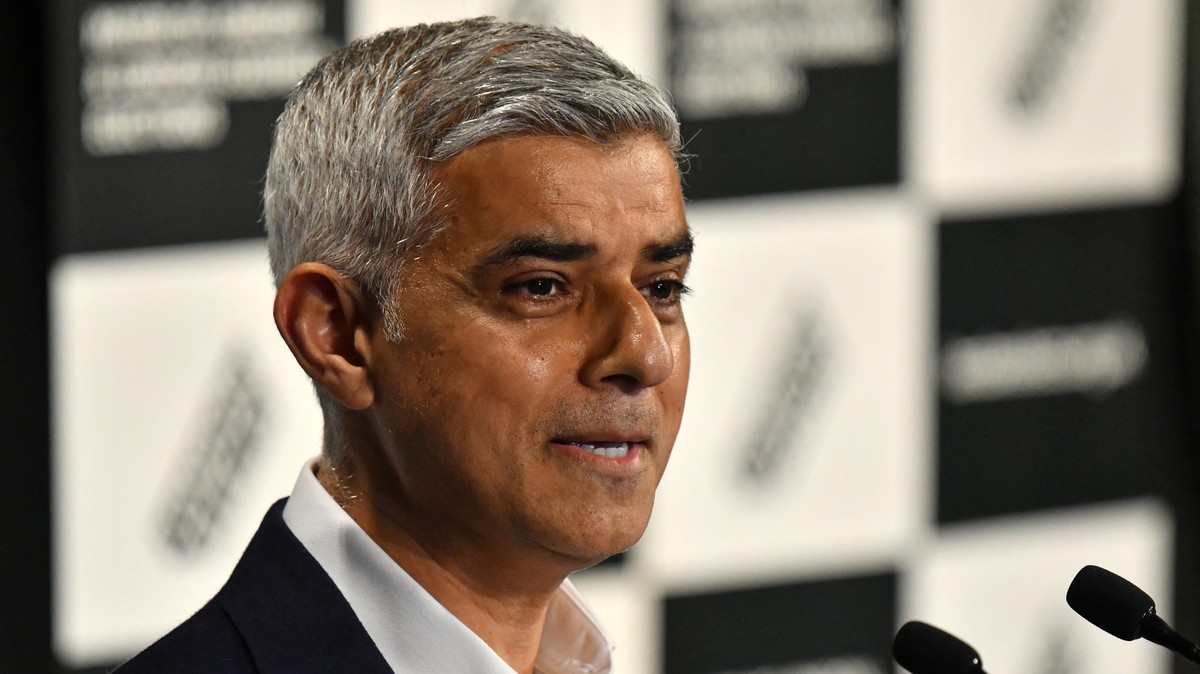 The journalist says he is disappointed with Sadiq Khan’s no-shows.
As Beijing’s intensifying crackdown on dissent in Hong Kong drove many to consider leaving the city for good, local pro-democracy outlet Stand News saw an opportunity.

Many Hong Kongers, seizing the United Kingdom’s offer of a path to full British citizenship, were seeking a new life in the country that once ruled Hong Kong as a colony. Predicting an exodus of hundreds of thousands, Stand News recruited a team of journalists based in the UK to cover the new Hong Kong diaspora. “Their voices and stories need to be heard,” the outlet said in December.

But when one member of the team tried to interview London’s mayor, Sadiq Khan, before his reelection over the weekend, the Labour incumbent stood up the reporter not just once, but four times.

“If he was too busy to take interviews, I could definitely accept it,” Yeung Tin-shui, a London-based journalist for Stand News, told VICE World News. “But he repeatedly agreed to the interview and then failed to appear. I think it does not look good for his credibility.”

A Labour Party spokesperson did not confirm or deny the mayor’s no-shows in an email response to VICE World News on Saturday, before Khan’s victory was declared. “The Hong Kong diaspora is very important to Sadiq and this will be one of the first interviews he does if he is returned as Mayor,” the spokesperson said.

The UK is among several Western countries to have offered Hong Kongers new pathways to residency. From this year, Hong Kong residents who hold a British National Overseas, or BNO, passport will be allowed to live in the UK for five years, which could allow them to apply for citizenship eventually.

The BNO passports are issued to residents born in colonial Hong Kong before it returned to Chinese rule in 1997. The UK’s Home Office estimated that out of about 5.4 million eligible Hong Kongers, some 300,000 people would move to the country under the scheme over five years. BNO passport holders who live in the UK can also register to vote.

Hong Kong-born Yeung moved to London from Japan earlier this year, a few months before the mayoral election on Thursday.

Yeung, 35, said he felt responsible for asking the candidates about their stance on the expanding Hong Kong community in London, as well as their views on what they would do to welcome new arrivals in Hong Kong.

“Many newly-arrived Hong Kongers are still learning about UK politics,” Yeung said. “As a journalist, I’m not advocating for more welfare for Hong Kongers, but I have the duty to ask candidates to explain their policies.”

Conservative party candidate Shaun Bailey gave Yeung a 30-minute interview. But the reporter was left sorely disappointed when Khan failed to show up for an agreed five-minute chat. Yeung ended up writing about Khan’s four no-shows in a Chinese article.

In Yeung’s telling, for the first time, Khan did not enter a Zoom link Yeung had provided at the scheduled time. His team asked Yeung to wait for 15 minutes, before postponing the interview to the next week.

After a second time was agreed upon, Khan did not call the journalist as the press team promised. A press officer told Yeung they would set up a third appointment later that day, but Yeung did not hear back.

A day later, after Yeung asked about the interview again, Khan’s team came back with a fourth appointment. And again, Khan did not call.

Khan has made few public remarks on Hong Kong as mayor. Bailey, his opponent in the latest election, has been a vocal advocate for welcoming Hong Kongers to London. He has met with self-exiled activist Nathan Law and called for an end to a “sister city” arrangement between London and Beijing. Khan won the election by 55.2 percent to Bailey’s 44.8 percent once second preference votes had been allocated.
Add Comment