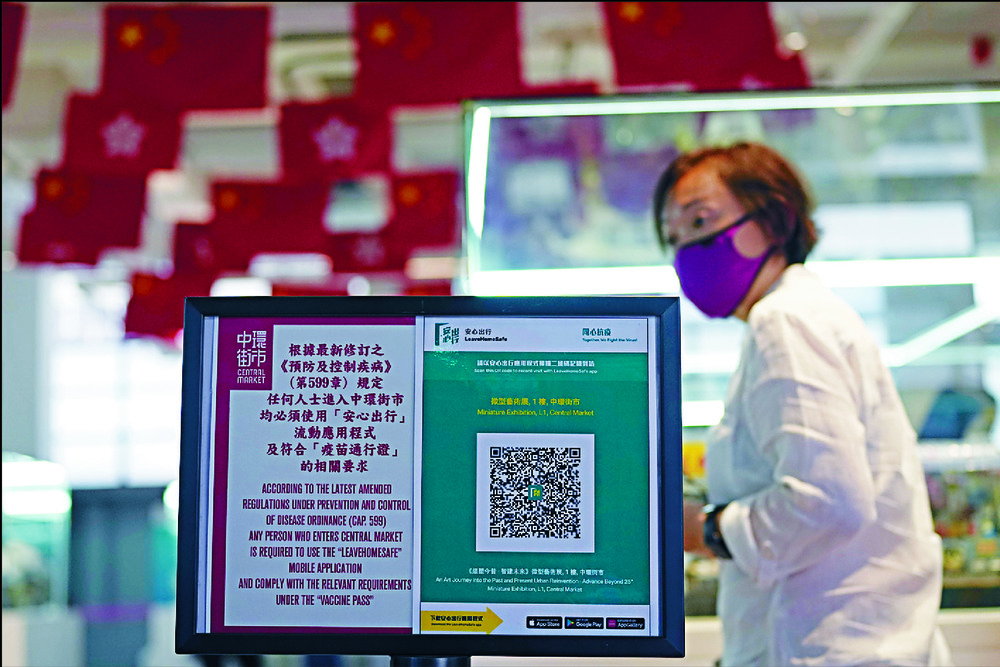 Lo and behold, a loud and clear line from Lee

Authorities must explain health policies in a prompt, clear and precise manner when designing specific policies to minimize the number of people affected, Chief Executive John Lee Ka-chiu has said.
Lee yesterday answered questions on whether authorities are giving up on real-name registration for the LeaveHomeSafe app.

He neither confirmed nor denied it but merely said the latest plan is to introduce a "red-yellow code" in the app to target infected people and overseas arrivals who have completed their hotel quarantine but remain under medical surveillance.

"When we announce policies, we will need to balance transparency and necessity at the same time we will announce certain details in different phases based on actual circumstances," Lee said.

He said while Secretary for Health Lo Chung-mau has explained health policies to the public on various public occasions, he will now also inform the public at an early stage if the situation is appropriate.

"Some information is not necessarily released by the government, but can be mixed up when people are discussing it, so I agree that the government has to explain them as early as possible and it has to be done clearly and to the point," Lee said.

Lee said the government hopes to adjust anti-epidemic measures precisely in order to minimize the number of those affected by the restrictions.

The government, he said, aims to use the yellow code to shorten the hotel quarantine period for overseas arrivals.

Separately, Lo said guests in an investment summit planned by Hong Kong Monetary Authority in November may be able to skip quarantine on condition they undergo repeated PCR tests and a ban on entering high-risk premises such as bars.

He said based on the government's internal modelling, the rebound of the fifth wave could peak in September, with about 10,000 patients hospitalized.

Meanwhile, the government has expanded its panel of expert advisers on Covid-19.

Ivan Hung Fan-ngai and Lau Chak-sing, professors from the University of Hong Kong's department of medicine, and their pediatrics peer Lau Yu-lung are the latest appointments.