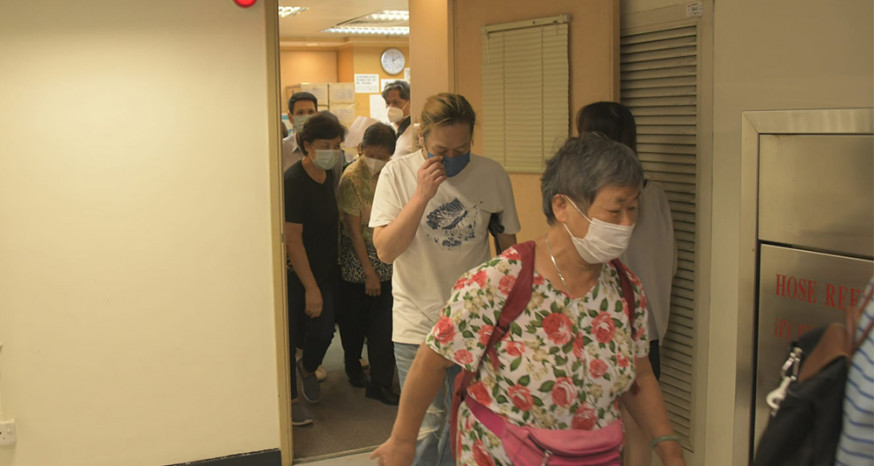 Some 20 Lin Heung Tea House employees turned to the Labour Department as they accused the company of owing them four months’ wages.
One of the city’s oldest dim sum restaurants, Lin Heung Tea House, bid farewell to patrons as it announced today that it shut down on August 8, 2022.

The eatery’s parent company Hong Kong Lin Heung Group, said in a social media post today that the iconic tea house, located in Central, was closed, along with the Lin Heung Tsan in Tsuen Wan.

Employees were seen returning to the restaurant this morning to collect their personal belongings, whereas some of them said they had never heard about the closure before and accused the company of defaulting on salary payments since April.

Some 20 employees, including the store manager, waiters, and dishwashing staff, later went to the Western District Labour Department for help.

Leung Tin-chu, a committee member of the Eating Establishment Employees General Union, also came to the Labour Department to assist the unpaid employees. He only said that he had contacted the employer, and everything was being arranged, hoping for a smooth and satisfactory outcome.

All employees left the Labour Department at around noon after completing the process; they refused to be interviewed.

The manager of the restaurant, surnamed Yu, told the media that the teahouse was still operating normally on Monday, but he saw the news of its closure on Facebook in the early morning, which shocked him and other employees.

Yu said the owner of the Lin Heung Tea House, Yan, had been to the restaurant on Sunday and promised to pay the employees on Monday, however, he eventually failed to do so and disappeared.

He said the owner has asked the staff to be patient and that he was looking for companies to inject capital but ended up with sudden closure. He slammed Yan as “dishonest and doing this on purpose.”

Chiu Kwun-chung, of the labor affairs committee of the Eating Establishment Employees General Union, said he had assisted about 20 workers in seeking help from the Labour Department on Tuesday, including restaurant managers, waiters, chefs, and other positions. The amount owed was estimated at HK$1.5 to HK$2 million.

The union also said all the workers who came to the Labour Department for help were staff of Lin Heung Tea House in Central.

According to its understanding, Lin Heung Tsan in Tsuen Wan is also defaulting on salary payments, expected to have about another 20 employees affected. They will also go to the Labour Department for help later.

He said the Labour Department has followed up on the case and tried to contact the employer, urging him to sign the declaration of insolvency to facilitate the affected staff to apply for the Protection of Wages on Insolvency Fund as early as possible.

He also mentioned that he had not received any requests for help from the staff before, and they seemed to be reluctant to disclose details. “Perhaps they still think of the company and do not want to embarrass it.”
#Facebook
Add Comment