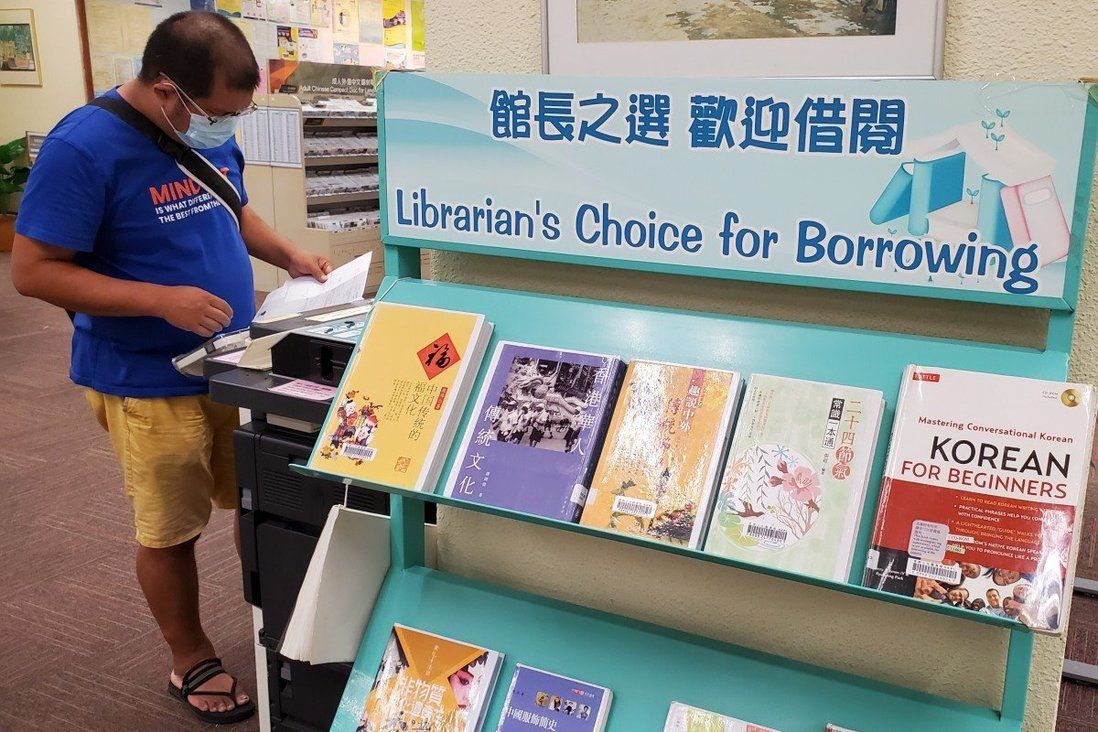 A Hong Kong public library employee has been suspended after being held responsible for displaying books by jailed Apple Daily founder Jimmy Lai Chee-ying as “the librarian’s choice” last week.

The Leisure and Cultural Services Department launched a “rigorous and thorough investigation”, after Yeung Hok-ming, a member of the pro-Beijing Democratic Alliance for the Betterment and Progress of Hong Kong (DAB), posted pictures on social media of at least 10 books written by Lai on a rack of recommended reading at the Shek Tong Tsui Public Library in Sai Wan.

The Thursday incident occurred as the 26-year-old tabloid-style newspaper published its final edition after authorities arrested five of its top executives and froze HK$18 million in assets.

After an investigation, the department said in a statement it had decided to suspend an unnamed employee. 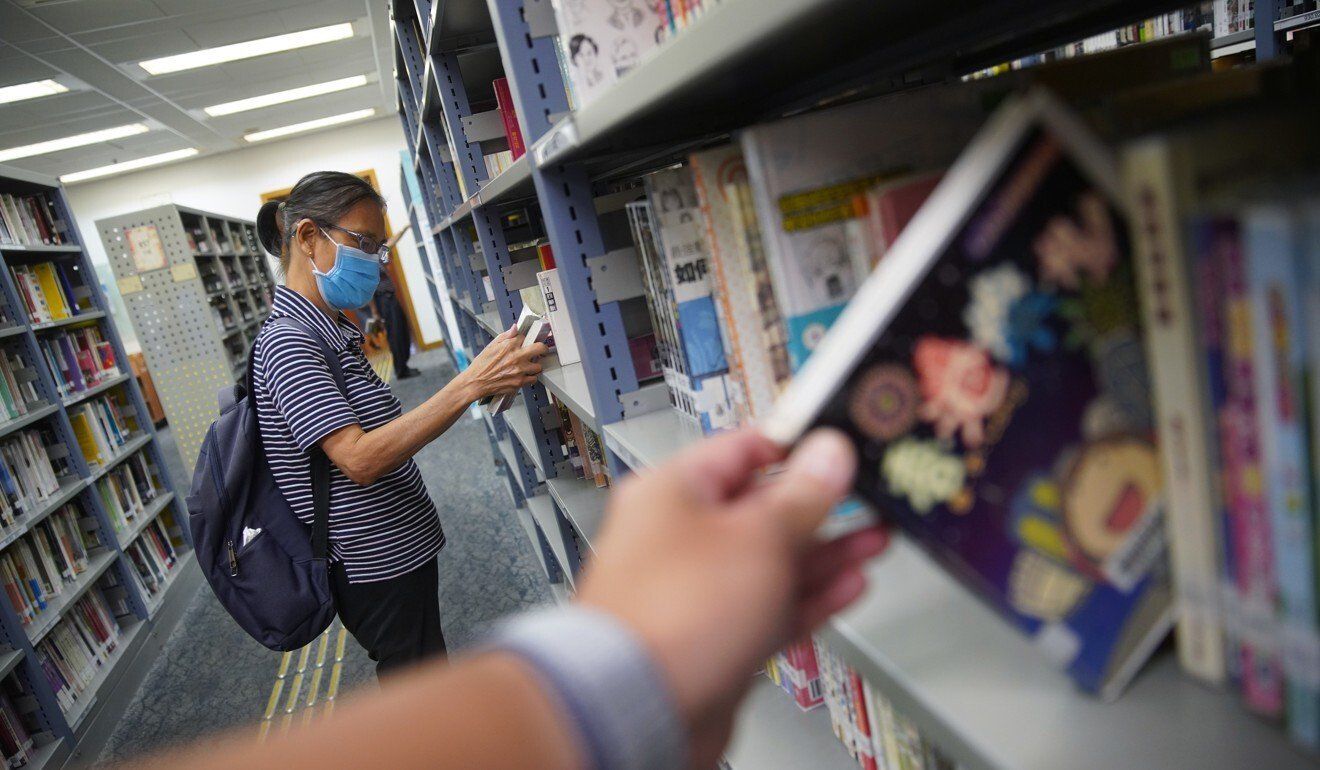 People browse the shelves at the Hong Kong Central Library in Causeway Bay.

Yeung Hok-ming, chairman of the DAB’s Central and Western branch, welcomed the prompt action but said the department should provide an explanation to the public.

“I would be surprised if the whole saga involved only a new frontline staff member,” Yeung said. “The bookshelf faces the lending services counter and other employees should have stopped him or her if they saw Lai’s books being put on the rack. But no one seemed to have done anything until after someone complained.

“The department should tell the public how it is going to review the procedure so as not to repeat the mistake again.”

He said he had written to the department and the Home Affairs Bureau asking for an explanation.

According to photos published on Yeung’s Facebook page, most of the Chinese-language books in question were not focused on politics, but concern Lai’s thoughts on business management or his life.

In response to media inquiries last week, the department said any titles believed to breach the national security law would be removed from lending, while the department reviewed them with other related government agencies.

On Thursday, the department said a “thorough investigation” was being conducted, and the initial probe suggested the incident involved one staff member who “has been suspended”.

It said the matter was being taken seriously and the department attached great “importance to staff integrity”. Officials would not confirm the employee’s rank.

Lai faces multiple charges tied to the security legislation, which bans acts of secession, subversion, terrorism and collusion with foreign forces. He is in jail serving sentences on unrelated convictions tied to his role in unauthorised protests.

In May, at least nine books written by opposition figures and critics of Beijing – including former Democratic Party chairman Albert Ho Chun-yan, and former Civic Party lawmaker Tanya Chan – were removed from public libraries because of concerns over a possible breach of the law.