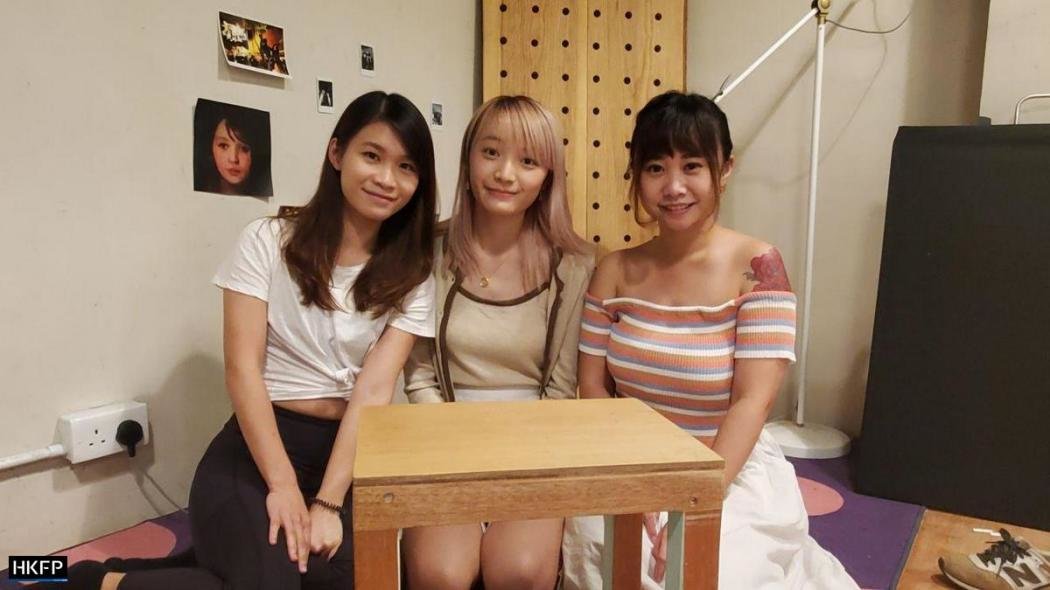 “Aren’t you running for LegCo? How can you possibly talk about ejaculation?” a constituent asked Southern District Councillor Tiffany Yuen.

She and two other pro-democracy activists, Ho Ka-yau and Lily Wong, have founded a new YouTube channel called “Faan Hou ABC” that explores sex-related topics and has accumulated 15,000 subscribers in just two months.

All three were members of the Demosisto political party, which disbanded in June just before the enactment of the national security law for Hong Kong.

Dating back to their first video – uploaded to the Demosisto channel before its disbandment – many comments were critical of the content: “It’s good to have this kind of content but it’s also inappropriate to publish it in the capacity of a political party,” one comment read. “Political groups have a certain degree of seriousness and the nature of their function should be addressing serious topics – which is also what the public expect from you.”

Others expressed concern that government supporters may use such content against the pro-democracy group.

As public figures, however, the three activists aim to challenge the stereotype that they should avoid the topic and they want to make use of their position to promote their beliefs. “Politics and intimate relationships are intricately linked,” Yuen said.

The YouTube channel – originally started to explore broad cultural phenomena – gradually developed into a platform to talk about sex. “Sex is normal and we are all human beings who have desires. It’s not problematic that we discuss it openly on YouTube,” said Wong, adding that popular entertainment news overplays and stigmatises sex. 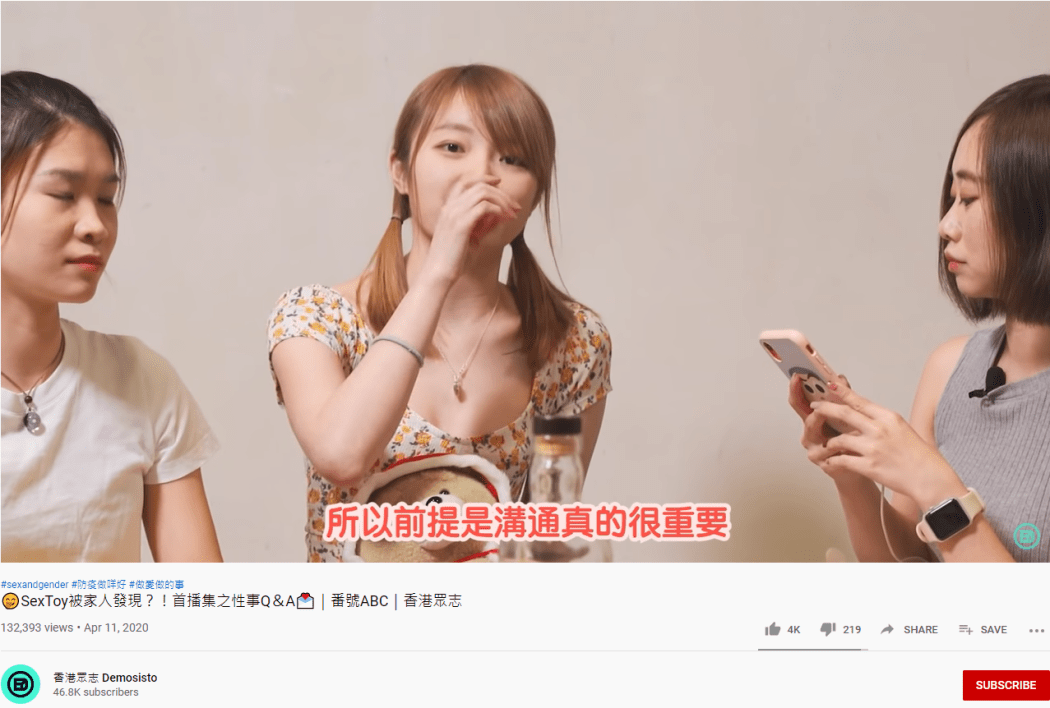 Last month, the front page of tabloid magazine East Week was devoted to a visit by ex-Demosisto activist Joshua Wong and his girlfriend to a hotel for a staycation. Many activists including Yuen defended him.

“East Week – how the heck does a staycation have anything to do with you?” Yuen wrote on Facebook. “Do they need to get approval from you before hanging out? Should the Chinese central government be appointing a date?”

Yuen told HKFP that she thought the media went overboard to cater for its readers’ curiosity. “In Hong Kong, some so-called normal behaviour is described as heinous, big news and can potentially ruin someone’s career.”

Sex is personal and political

During a public forum organised by Polytechnic University in 2016, the then newly-elected Youngspiration lawmaker Yau Wai-ching talked about the scarcity of land that contributed to a low birth rate in Hong Kong. “Even if we want a shag, there is no room for it. The problem is real,” she said. 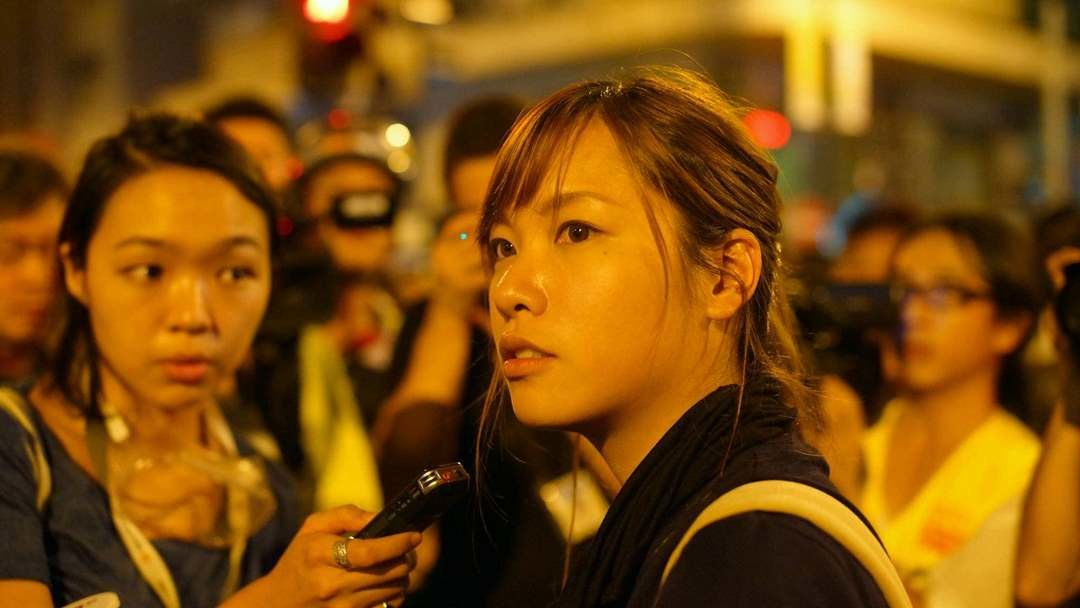 The comment prompted a brief uproar in the crowd and Yau was criticised for using inappropriate language. Some also concluded that her remark epitomised the degradation of young politicians in Hong Kong.

“I think there is a line for public figures and politicians,” said Yuen, describing the public perception of politicians and sex. “The general public wants young politicians to be pure and innocent, like Agnes Chow who has an image of the girl next door or a saint.”

The 27-year-old however also admitted that she has not yet entirely overcome the psychological threshold when juggling her roles as a politician and sex activist.

Yuen was one of the candidates who won in primaries organised by pan-democratic parties earlier this year but was subsequently barred from standing in legislative elections. During her campaign, she stopped producing videos and avoided reporters’ question about her previously outspoken take on sex.

It was not until her disqualification that the three considered it an opportune time to roll out the Faan Hou ABC channel. 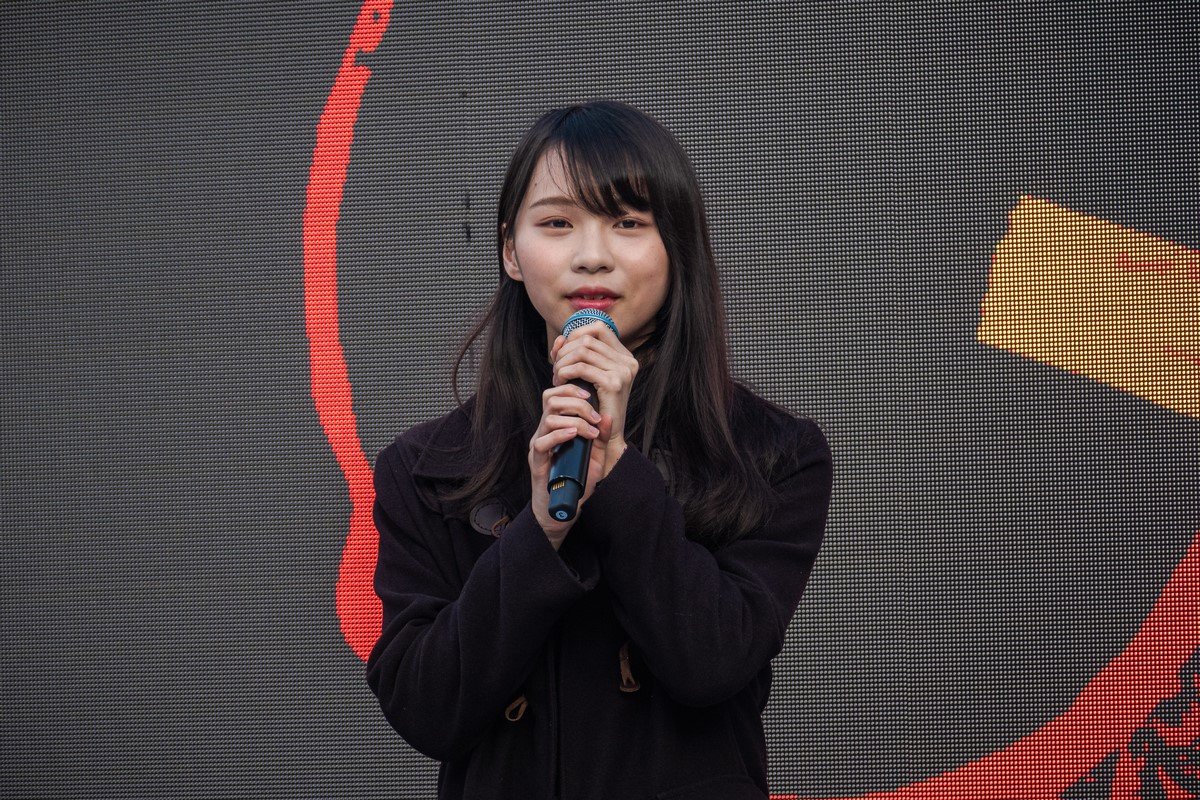 The year-long pro-democracy movement came in for some criticism over occasional misogynistic and sexist remarks.

But Wong, who took part in both the 2014 Umbrella Movement and the 2019 pro-democracy protests, believes there has been some improvement in attitudes to gender equality. “Compared to the 2014 movement, more people think that female protesters can stay on the frontline… They are not considered to be a hindrance.”

Ho disagrees. Once during the protests when she was carried away by a police officer, a photo capturing the incident was widely circulated online with hypersexualised comments – in contrast to the usual practice of not uploading protest photos in which individuals can be recognised.

Ho felt disappointed that, even though she was considered to be a fellow demonstrator, this did not imply that she would be treated equally. “Even though I am connected to the movement, at certain points I may still be alienated, especially when it comes to these beliefs.”

When the three first started the channel, subscription upticks were largely due to their political stance. “Perhaps it’s simply because we are ‘yellow’ (pro-protest) channels that they subscribe,” said Ho. “But to a certain extent it helped us to reach a broader population.” 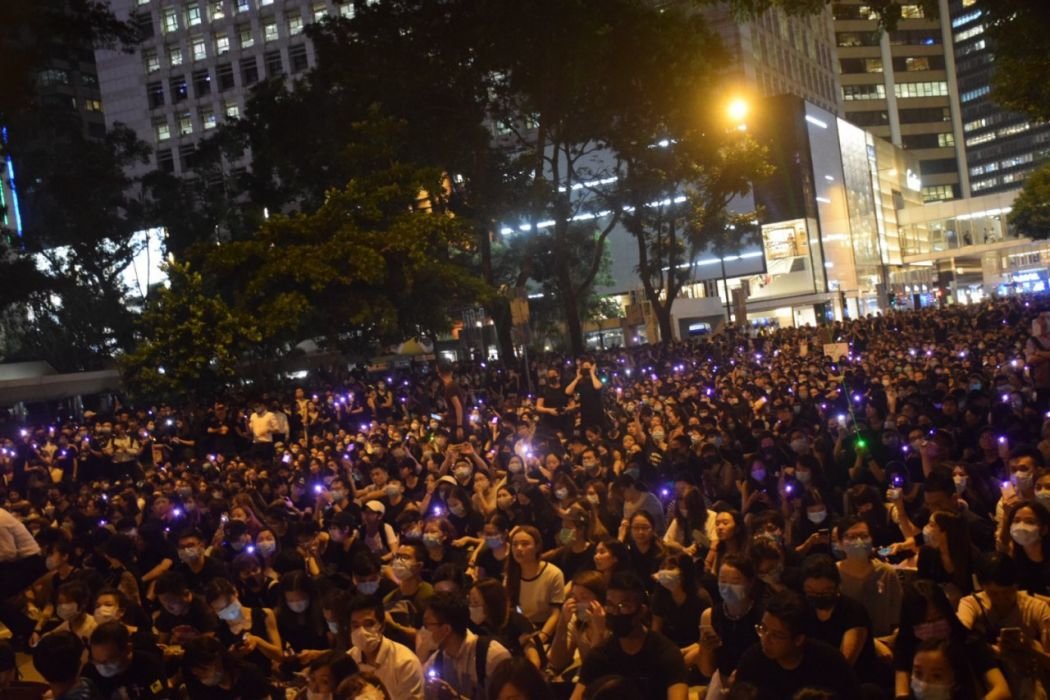 One of their YouTube videos addressed the vulnerability of men and the chances of them being exposed to sexual harassment and assaults.

In light of many comments suggesting that politics should take priority over gender issues, Wong said it was all part of “liberating Hong Kong.”

“Liberate Hong Kong, from my understanding, is the desire for our society to be in a more progressive position… Everything should move forward, not just in terms of democratic reform,” she said. “And that includes gender issues that are happening on a daily basis.”