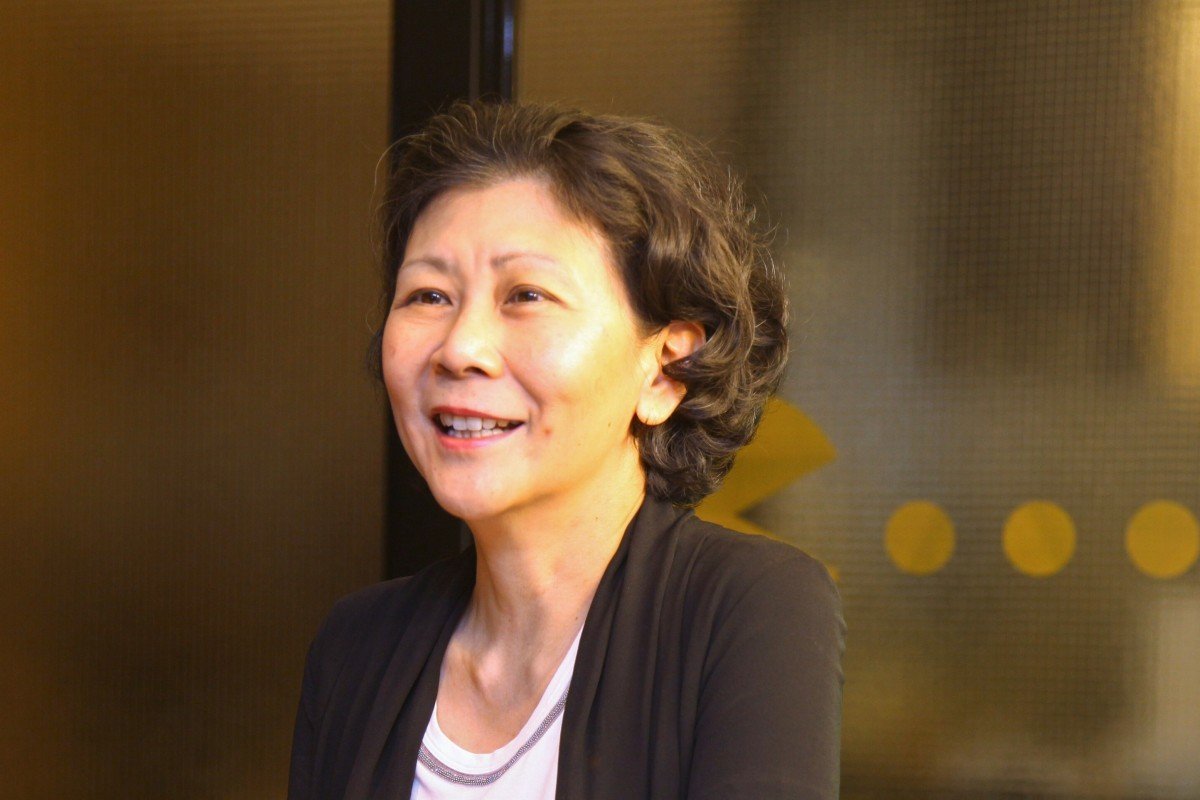 Impossible Foods’ vice-president Nick Halla had the tables turned on him in early 2014 during a pitch of his three-year-old start-up to one of the world’s most powerful venture capital investors.

Solina Chau Hoi-shuen, the co-founder of Horizons Ventures, was visiting Impossible Foods’ office in Redwood City in California. As soon as she arrived, Chau took control of the demonstration, and proceeded to stir fry a plate of meat balls made from genetically modified yeast.

The show-and-tell impressed Chau enough for Horizons to invest in Impossible Foods. A year after the pitch, Horizons joined Microsoft’s founder Bill Gates in a US$108 million investment round, followed by two more rounds in 2019 and March 2020 that included such celebrities as the tennis champion Serena Williams, and the singers Katy Perry and Jay-Z. That made Horizons, with 125 active investments in its portfolio, the second-most active investor in the US$4 billion producer of meat alternative, behind only Singapore’s Temasek Holdings.

Backed by the capital and business acumen of Hong Kong’s wealthiest man Li Ka-shing – dubbed “Superman” for his deal making prowess – Chau has turned Horizons, established to finance Li’s philanthropy, into one of Asia’s most formidable venture capital funds. With an uncanny nose for sniffing out stars, Chau had been among the earliest investors in such companies as Facebook, the music streaming giant Spotify and Apple’s digital assistant Siri. Li’s foundation even backed the research by Emmanuelle Charpentier and Jennifer Doudna, the French-US duo who won the Nobel Prize in chemistry last month for their gene-editing work. 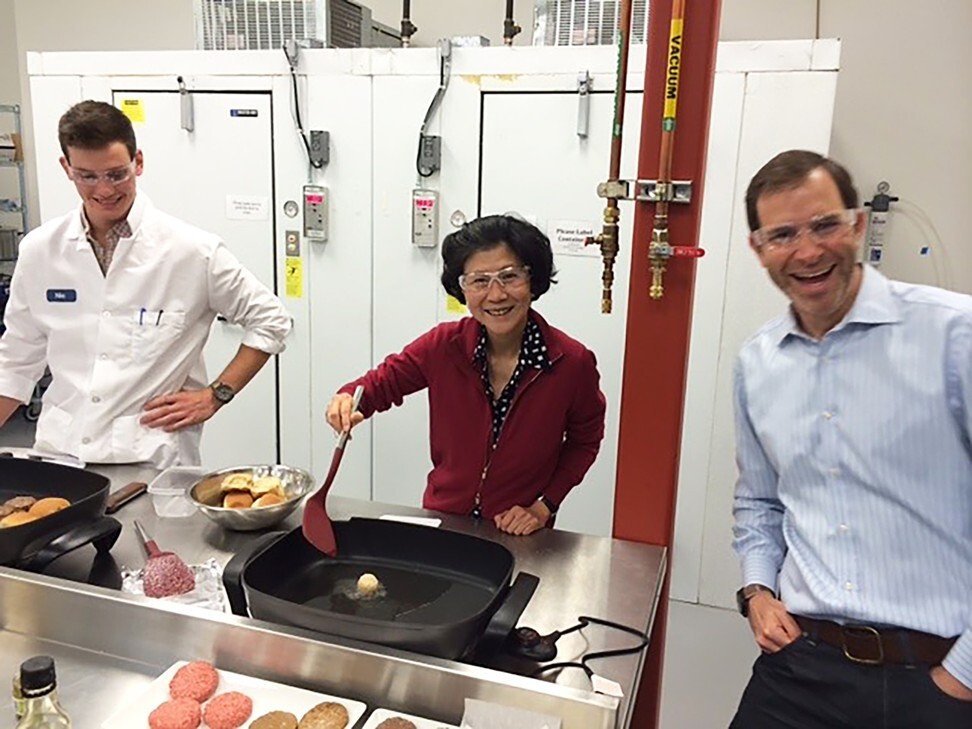 Chau frying faux meat balls produced by Impossible Foods during a 2014 demonstration at the start-up’s office in Redwood City, California.

“Li is a true believer in building science for good,” Chau said in an emailed response to South China Morning Post. “We are always thinking about the next normal, and eager to be a part of the founder’s journey to make it happen.”

Chau, born in 1961 in Hong Kong, rarely grants interviews. She met Li some time during the early 1990s while working on a property project in Beijing, according 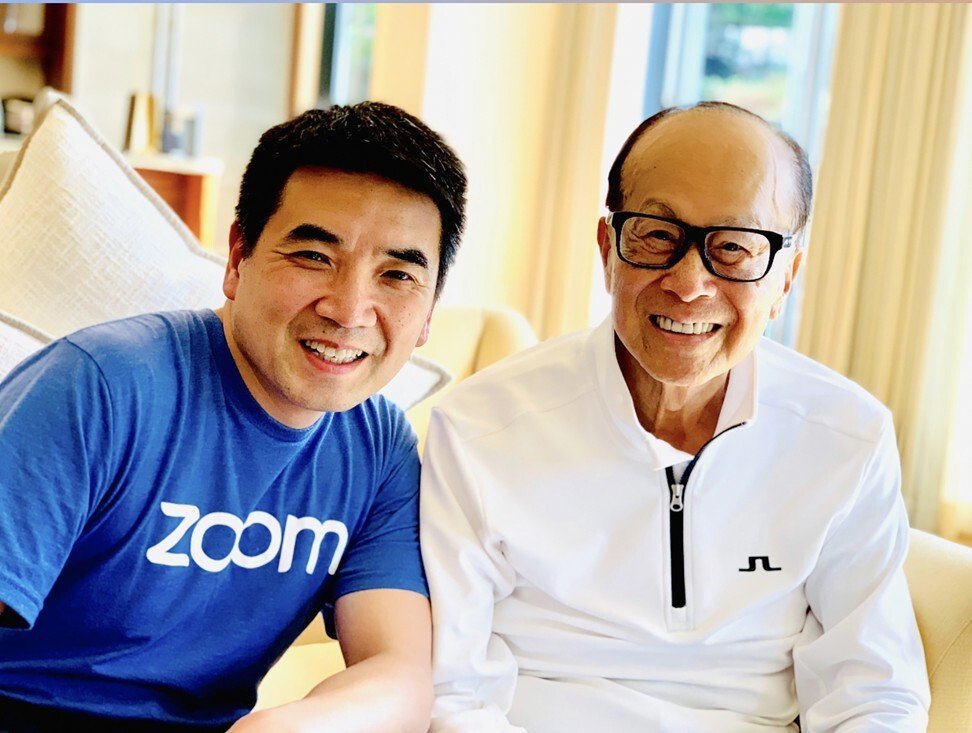 Eric Yuan, founder of Zoom Video Communications, with Li Ka-shing in Palo Alto, California in 2018. Yuan brought a card signed by Zoom’s staff to thank Li for his financial backing.

to people familiar with their relationship. She is variously described as “companion” or “confidante” to the tycoon, who became a widower in 1990 with the death of his wife Chong Yuet-ming.

Li set up Horizons in 2002 to generate financial returns for his considerable philanthropic endeavour, often describing the Li Ka-Shing Foundation as his “third son.” The tycoon put US$11 billion, a third of his estimated fortunes, in 2006 into his foundation, appointing Chau as its executive director. The foundation shoulders the risks from Horizons’ investments, but the returns go toward financing its charitable work.

Instead of repeating the property and infrastructure investments that laid the foundation of his wealth, Li used his venture capital fund, and Chau’s acumen, to bet on the world’s brightest minds.

“Being ‘Superman’ takes its toll,” Chau said. “But if we support others to become superheroes, it is a more effective way to change our [potential and capabilities] exponentially.” 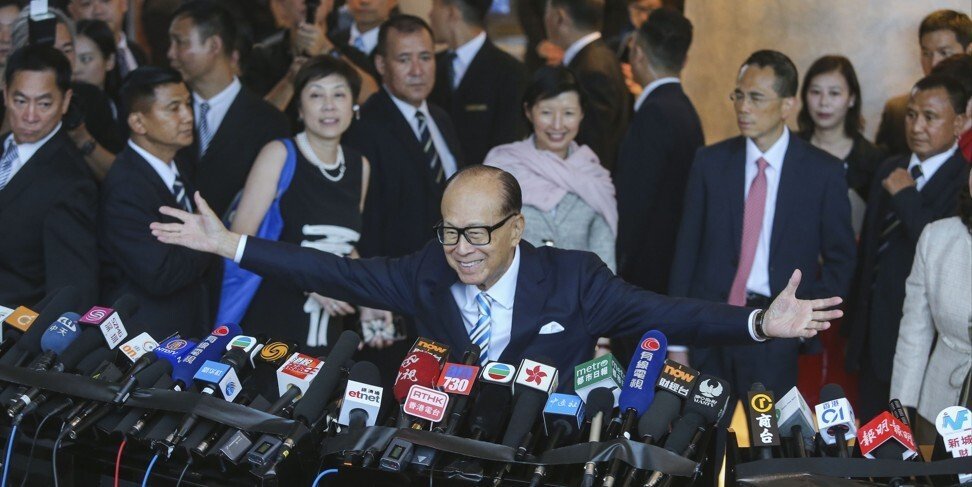 Li Ka-shing at his farewell press conference on May 10, 2018, when he formally retired as chairman of the Cheung Kong Group.

The biggest coup for Chau in almost two decades of investing was her decision to invest in Eric Yuan’s video conferencing application Zoom Video Communications, joining in a US$6.5 million funding round in 2013, followed by a US$30 million round in 2015.

When the San Jose, California-based Zoom went public in April 2019, Horizons’ 8.5 per cent stake was valued at US$850 million. A year and half later, with millions of office staff working from home and interacting via video conference during the worldwide coronavirus pandemic, Zoom’s capitalisation had soared eightfold, boosting Horizons’ stake to US$11 billion in September according to Bloomberg’s data, the same amount that Li had put into his foundation 14 years earlier.

About half of Horizons’ investments are in technology, a third in consumer non-recyclables including Impossible Foods and Perfect Day, with the remainder in financial services including the cross-border payment service Airwallex, communications and cyclical consumer products like the music tech company ROLI. 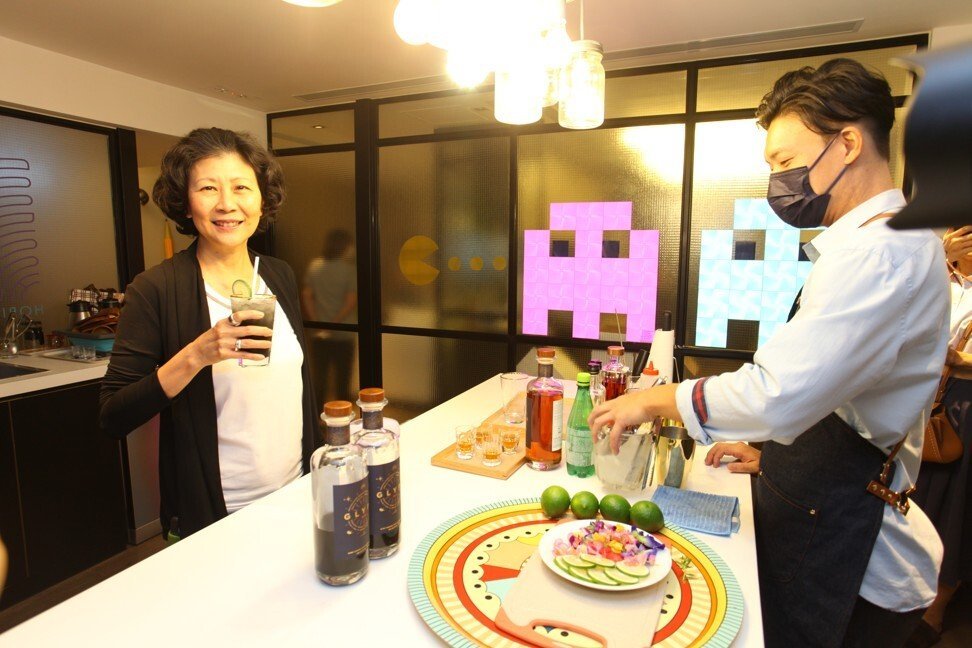 Horizons Ventures’ Solina Chau sampling a cocktail made with Glyph, described as a “molecular whiskey” made with chemistry, without the spirit ever touching oak barrels.

Li, who announced his retirement in 2018 four months shy of his 90th birthday, has been singing the praises in recent years about synthetic biology, a field of science that combines microbiology with genetic engineering on a large scale to solve problems from climate change and food scarcity to pandemics and pollution.

“It is fascinating that a humble yeast is the superstar of the next industrial revolution,” the tycoon said last year, after granting HK$500 million to the Hong Kong University of Science and Technologyto set up the city’s first institute of synthetic biology for industrialising the process.

Horizon’s interest in the field can be traced back to 2010 when Chau met one of the world’s brightest minds in the industry.

“Initial encounter with this transformative technology was about 10 years ago when I first met UC Berkeley’s professor Jay Keasling,” Chau said. “Admittedly at that time I did not fully grasp the significance of how this breakthrough technology could harness what nature does best and its limitless applications.” 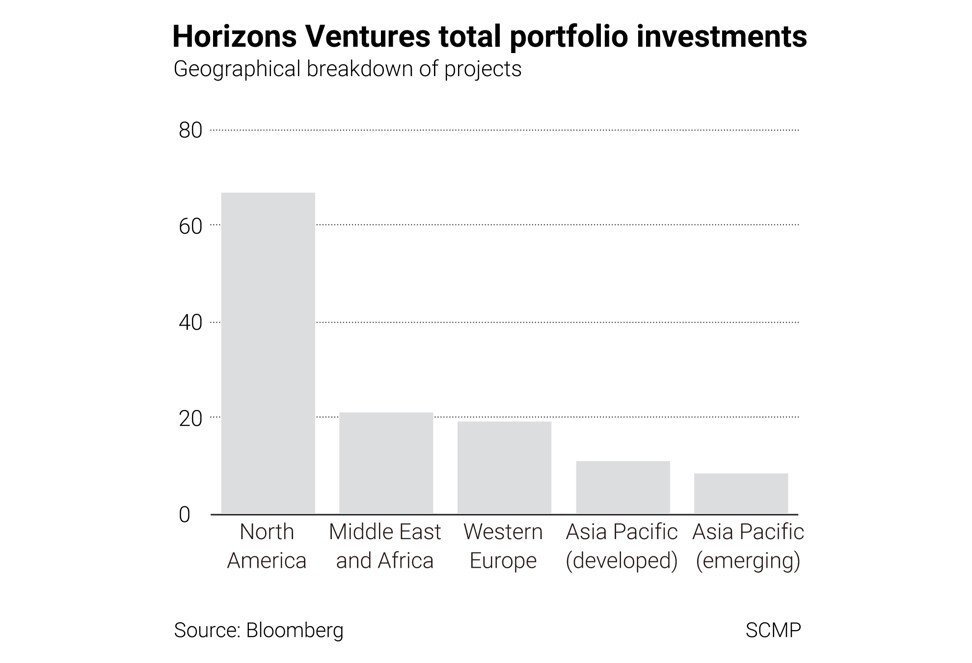 Keasling, founder of the cannabis processing start-up Demetrix, commercialised its technology with an US$11 million seed round led by Horizons in 2017 to use yeast – similar to fermenting beer – for making a range of cannabinoids found in the marijuana plant. These lab-grown cannabinoids can be used to develop new pharmaceuticals, additives and supplements for use in clinical and consumer applications at cheaper prices than extracting them from plants.

Perfect Day, co-invested by Horizons, Temasek and the Canada Pension Plan Investment Board (CPPIB), uses a fermentation process to make proteins that are nutritionally identical to cow milk. Horizons also invested in Glyph, which uses chemical processes to create a “molecular whiskey” without requiring the liquor to sit in oak vats. And in 2016, Horizons led a US$40 million funding round in Modern Meadow, developer of lab-grown leather. 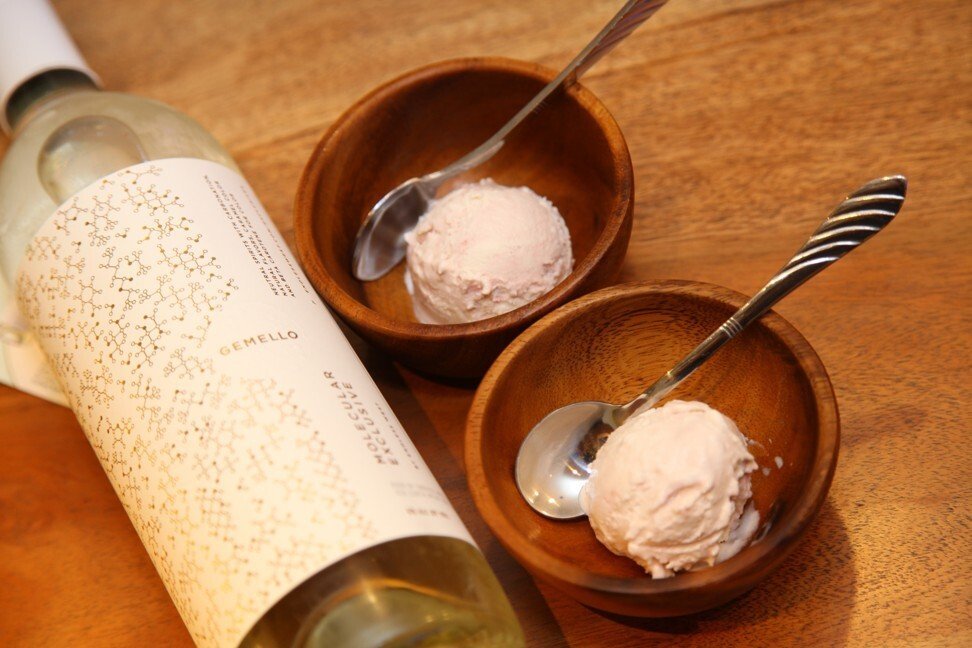 This year, Horizons invested in Ansa Biotechnologies, which creates a new process for making DNA faster and more accurate than existing technologies. The recent investment is Australian plant-based meat start-up v2food, that creates a meat alternative using protein extracted from legumes to make mince that looks, tastes and cooks like meat.

Besides synthetic biology, Horizons has also put its money in artificial intelligence, most notably the 2011 investment in DeepMind Technologies, which was sold three years later to Google for US$500 million. DeepMind’s AlphaGo famously beat two of the world’s top players of Go in 2016 and 2017, in what was billed as the ultimate battle of wits between humans and machine.

“Horizons’ investments in artificial intelligence and biotech sectors are ahead of other big firms in Hong Kong,” said Clemson University’s associate professor of economics Kevin Tsui Ka-kin, adding that synthetic biology will lead the future as climate change and sustainability become the major challenges confronting humanity.

Horizons usually gets more than 200 proposals every month from universities and start-ups. It picks its investment targets based on various criteria such as the quality of the entrepreneurs and the potential to scale.

“Horizons’ role is to distinguish the ‘investible’ from the ‘interesting,’ Chau said. “Many opportunities we receive are unquestionably [subject to] only the founder’s great imagination.”