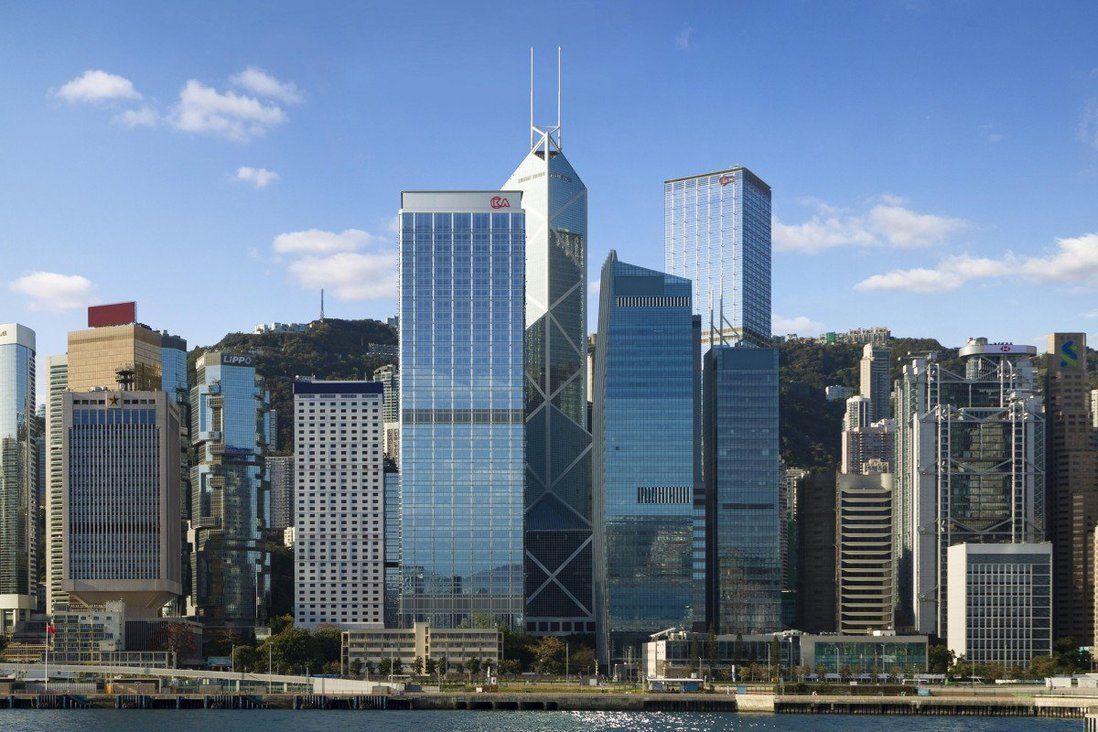 CK Asset Holdings, the property developer founded by tycoon Li Ka-shing, has revealed the design of its new skyscraper in Central, set to be unveiled next year once the conversion of Hutchison House is complete.

The redevelopment will add 550,000 square feet of prime office space – about the size of 10 football fields – in Hong Kong’s main business zone of Central.

The work is scheduled to be completed in 2023, the city’s second-largest developer by value said in a statement on Wednesday.

Its attractiveness to tenants is likely to act as a barometer of the office property market at a time of slowing demand and growing supply as Hong Kong’s coronavirus restrictions continue to weigh on the economy and company expansion plans.

All office floors at CKC II will have an uninterrupted 270-degree view of Victoria Harbour.

The redevelopment was first reported by the Post in 2018, but this is the first time the developer founded by tycoon Li Ka-shing has revealed the building’s new design.

The first major project to be undertaken by CK Asset after Victor Li Tzar-kuoi, Li’s son, took over as chairman of the CK Hutchison conglomerate in 2018, Hutchison House was vacated by its tenants late that year to make way for the construction of the new office skyscraper.

The building at 10 Harcourt Road is close to other financial landmarks in Central such as the Bank of China Tower, HSBC’s headquarters, CCB Tower and the Standard Chartered Bank Building. Multinational companies in sectors such as law, accounting, technology, commerce and trade are also located nearby.

CKC II is likely to fill up steadily with tenants as more companies return to central business areas, said Martin Wong, director and head of research and consultancy, Greater China, at Knight Frank.

“Office tenants are taking the [opportunity presented by the] current low rents to occupy in Central, especially the premium buildings,” he said.

In April, White & Case, a New York-headquartered law firm with 45 offices across 31 markets, opened a new office across three floors in York House, Central, leased for an undisclosed price.

It marked the firm’s return as a Hongkong Land tenant, after spending 15 years further down Queen’s Road Central at Central Development Limited’s Central Tower. Before moving to Central Tower in 2007, White & Case had occupied 17,000 square feet of space at Gloucester Tower, one of the three office buildings in the Landmark complex.

In May, international law firm Dorsey & Whitney relocated to a 3,500 sq ft office in Alexandra House, another Hongkong Land property, with 37 floors of office space above a retail podium called Landmark Alexandra that houses several luxury brands. Dorsey’s office used to be in Pacific Place in the neighbouring district of Admiralty, where it stayed for more than two decades.

Rents of grade A offices in Central have plunged 28.3 per cent from their peak in 2019 to a monthly HK$57.30 (US$7.30) per square foot, according to data compiled by property consultancy JLL.