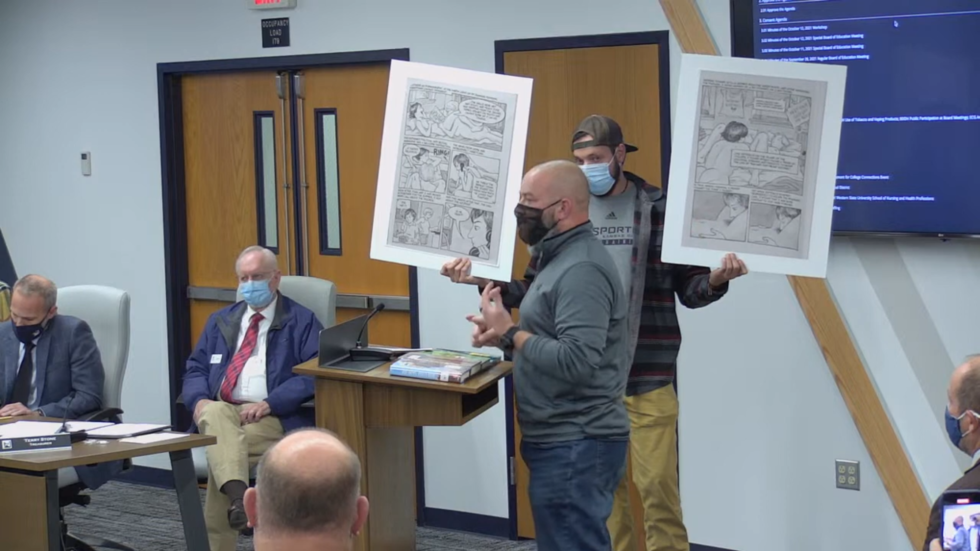 Missouri man who fought to ban ‘inappropriate’ queer-themed books from public school libraries faces felony charge for child abuse
A US man who pushed to ban several LGBTQ books from public schools now faces a felony charge for second-degree child molestation. He is also facing a misdemeanor charge of attempting to show pornographic material to a minor in a separate case.

The accused, 29-year-old Ryan Utterback from a suburb of Kansas City, Missouri, appeared for a hearing on Thursday, according to KMBC-TV. According to court documents, the felony charges relate to separate incidents in 2020 – when he allegedly touched a 12-year-old girl under her clothes and rubbed a teen’s leg underneath her jeans.

The misdemeanor case alleges that Utterback used his cellphone to show pornographic video footage to a child, beginning from when she was around four. He also faces another misdemeanor charge of fourth-degree domestic assault. The second hearing will reportedly take place in March.

The charges came after he and other parents complained at a North Kansas City School District board meeting last year about “pornographic” LGBTQ-themed books on school shelves. At the meeting in October, Utterback held up enlarged prints of two pages from the graphic memoir ‘Fun Home: A Family Tragicomic’, while another parent argued that distributing the material amounted to “solicitation of a minor.”

“I definitely understand their struggles and it’s not lost on me. But again those conversations are to be had at home. Only I have the intimate understanding as to what is and isn’t appropriate for my children,” Utterback had previously told KMBC.

The school district pulled two books from the school libraries, but later reinstated them after a warning from the ACLU. Besides the graphic memoir, which deals with gender identity, the second book was ‘All Boys Aren’t Blue’, a compilation of essays about growing up as a queer black person.

In a tweet this week, George M. Johnson – the author of the second book – highlighted the charges against Utterback and his earlier objections about the books being “pornographic and inappropriate for his kids.” Johnson noted that “our books teach [and] give resources to kids about predators like him.”

Neither Utterback nor the school board have offered comments as of yet.
#Johnson
Add Comment