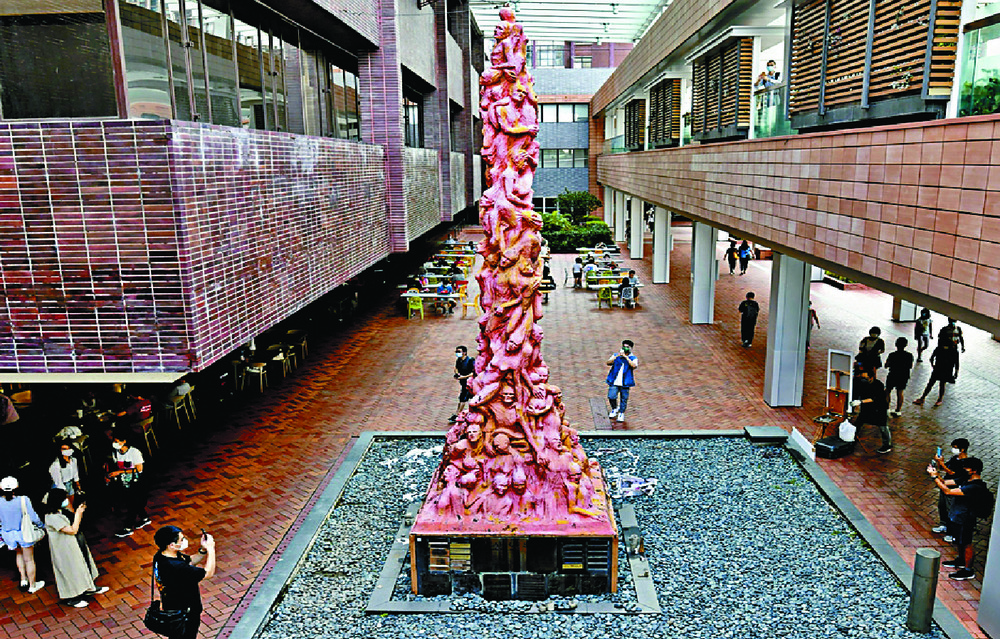 Leung calls for boycott after firm withdraws from statue case

Former chief executive Leung Chun-ying yesterday called on Chinese-funded companies and the city's universities to boycott American law firm Mayer Brown, as it cut ties with the University of Hong Kong over the Pillar of Shame.
And Jens Galschiot, the Danish sculptor behind the statue, said he might partially cover the cost for shipping his artwork out of Hong Kong.

On Friday, Mayer Brown announced it no longer represented HKU in the ordering of the statue's removal.

Galschiot told The Standard yesterday he might also rely on crowdfunding to move the statue out of the SAR.

"Of course, I will cover all the costs if possible, but the shipment will be very expensive," he said.

Shipping the eight-meter pillar - made with materials such as clay, silicon and concrete - out of the city was not an easy task, he said.

Galschiot recalled the statue had to be split into two pieces before being placed into a container and sent to Hong Kong 24 years ago.

He added that apart from being exhibited in Rome this autumn, the pillar might go on a world tour, covering places such as Taiwan, London and Oxford.

"Maybe it can go back to Hong Kong one day, nobody knows," he said.

Last Friday, Chicago-founded Mayer Brown said in a statement that "going forward, Mayer Brown will not be representing its long-time client in this matter." The firm was reluctant to comment further.

Leung said yesterday:"The firm owes Hong Kong a full account of its decision to cease to act for the University of Hong Kong, and of the foreign interventions leading to that decision," he said.

"No client in Hong Kong or mainland China, particularly those with Chinese government connections, will find Mayer Brown dependable."

He also called on the Law Society of Hong Kong to intervene in the matter and explain why the firm had stopped representing the university.

He berated the firm for "being controlled by foreign forces" and backing down amid political pressure from the United States, adding that the firm let politics override its professionalism.
#Facebook
Add Comment